Do you have an interest in the Roland FP-30X digital piano?  Are you a beginner to the world of piano, or perhaps more of an intermediate player looking for a good instrument for everyday use?  Well, in this Roland FP-30X review, I got the chance to try out this portable piano, so I’ll not only cover everything this piano has to offer buyers, but give my opinion of whether or not this piano is worth your money!

My first impression of the the Roland FP-30X was a pleasant one.  The FP-30X has some heft to it, but it’s got a very simple, minimalistic design. There is only one row of buttons on the left and when I booted the instrument up, the buttons lit up in eye-pleasing blue, white, and red lights.

The Sound of the Roland FP-30X

So, how does the Roland sound?  Pretty nice, I have to say.  The FP-30X’s sound comes from two 11W speakers on either side of the instrument, which is more powerful than the 7 or 8W speakers many other instruments in this price range are packing.

Now, for some reason, Roland has put the speakers underneath the instrument instead of on the top or the back.

I’m not a fan of that (and it made it hard to get a good picture, to boot) but the sound was loud enough to where it wasn’t an issue for me.  And it was a very nice sound!  Admittedly, that should come as no surprise, because the FP-30X is a deliberate upgrade from Roland’s very popular predecessor, the FP-30.

Roland really made improvements to this model’s processor and it makes a big difference. The extra power gives the FP-30X much more complexity, allowing its voices to have much more natural sound.

It sounds better than an instrument at a $799 price point should sound. The piano voices are very natural on this instrument. I fiddled around with an old-timey saloon piano voice, as well as a harpsichord and some electric piano, and was impressed with them all. Even the strings sounds were nice (I’m a stickler for strings)—and that can often sound fairly terrible on digital pianos.

We now move to one of the most important elements of any digital piano—the piano’s touch and feel when you’re striking the keys.  If your digital piano doesn’t feel and respond the way that a real piano would, you’re going to miss out on developing some essential technique.  So if you are throwing down several hundred dollars on a digital piano, it needs to get the job done and feel as authentic as possible so that you can develop the techniques that truly make beautiful music.

And luckily, if technique is important to you, the Roland certainly delivers here.  Even using the lower end of Roland’s PHA-4 Standard Key Action, the FP-30X is responsive and natural-feeling.

The higher processing power is at it again with Roland’s sophisticated touch response. The keys feel weighted and there’s a nice balance between the black and white keys, just like those of a real grand piano, with a heavier feel towards the bass and a lighter feel in the treble. It’s also got a very nice little “bump” if you press a key slowly, almost perfectly mimicking what you’d feel by pressing a real piano key and releasing a hammer.

I also like that there’s a digital touch curve setting so you can make the action and response a little faster or slower to your taste. Whatever setting the Roland I tried was on, it performed well even when I played quickly. Sometimes that can overload a digital instrument and cause it to miss notes, but not the case with this Roland.

Also, the keys have a nice texture to them, which I appreciated.  Overall, I was impressed.

But, what about gigs?  No worries, I’ve got you covered.

If your primary use for the Roland FP-30X is going to be gigging, then breathe a sigh of relief, because the Roland is portable and capable of doing the job.  It comes with a removable music stand to make everything fit much more nicely in a trunk (with a case, please). It also comes with a pedal and if you’d like, you can choose to purchase a matching bench to go along with your kit.  All of that should have no problem fitting into the trunk of a sedan, which is of course ideal for the average user.  The only thing I will note, however, is that the Roland is a little on the heavy side. At a little over 32 pounds, it’s not as light and sleek as other pianos in its price range.   In fact, in comparison to the Casio PX-S1100, which comes in at about 25lbs, the Roland FP-30X by comparison is downright heavy!

And, as mentioned before, the Roland has its speakers underneath it instead of on the back so, unless you have an amp, you won’t be able to set your instrument on a table for gigs. If you don’t plan to gig with an amp, then you’ll need an adjustable music stand to keep from muffling your speakers.

Even if you do have an amp, an adjustable stand like that is pretty useful. You can set its height to accommodate you, whether you prefer to play sitting or standing. And when not in use, just fold it up flat and toss it in a closet or lean it in a corner. Easy.

The only thing that isn’t easy about the FP-30X’s portability is that it does rely on a wall outlet. It cannot run on batteries, so if you’ve got outdoor gigs in your life, make sure you’re prepared!

I mentioned earlier that the FP-30X comes with a sustain pedal connection on the back.

You can choose to use the pedal that comes with your instrument. It looks like the picture below.

Or you can pick up something that looks a little more like an actual piano pedal. The other ports back there are for the power supply, a USB, a computer hookup if you’re using a DAW (digital audio workstation), and ports to hook up an amp.  This piano also comes with a headphone jack in front, which is useful and very convenient.

Now for the functions.  Like most pianos in this price point, the FP-30X can play in split layer, which allows the user to program a different voice for each side of the piano and is useful for duets and accompaniment.  It also plays in dual-layer (two voices at once when a key is pressed) and duet mode (splits the piano in half, with each half using the same octaves). Also very useful for duets and something that you just cannot do with a regular piano.

It’s also got some other nice effects like reverb (imitating the echo you’d hear when playing in a concert hall) and damper resonance (the sound your piano makes when the pedal is lifted), as well as ambience and brilliance settings for the organ voices. (Which sound very nice!)

Roland’s processor upgrade makes these effects sound great too. Very natural sounding and effective. I was pleased with all of the effects, which can be used with the huge variety of different and pretty natural-sounding voices — 56 in fact. Quite the variety.

As mentioned earlier, the Roland can hook up to a DAW, so if recording and mixing is your primary goal, you’ll have no problem. And if you’d rather record directly into your piano, that won’t be a problem either. The Roland’s increased processor power makes things like recording and song storage very easy and convenient. Feel free to record songs as hefty as 700,000 notes in each song file, because there’s plenty of memory in the FP-30X.

To take all of these great features to the next level, your piano also comes with a supporting app.

Though I was a little put off by the disclaimer (*Support for the app may be terminated without prior notice. What, really?) the app seems pretty useful.

With practice, learning, using the metronome settings and the remote-control functions, I can imagine the Roland app being be very useful for gigging.   In fact, I’m kind of jealous that my gigging days were before cell phones were sophisticated enough to do anything more than make calls and play Snake.

Another thing my piano couldn’t do back then was be used as a speaker for a Bluetooth device. Remember that function we saw earlier? You can connect your Roland to your Smartphone or computer and jam out with those sweet 11W speakers. Very nice.

Is the Roland FP-30X Worth It?

As we wrap up this article, you can see that my Roland FP-30X review was pretty glowing!  And for good reason. For an instrument that costs $799 (and lower if you can get it used or on sale!) it comes packed with useful features and a very natural sound and touch.  For the money, you’re getting a great instrument that should meet every need you have even if you’re an advanced musician!

So, is the Roland FP-30X worth the money?  Well, in my opinion, yes, as it’s a great instrument that can be had at an affordable price. If you feel like it meets your needs, go ahead and pick one up! 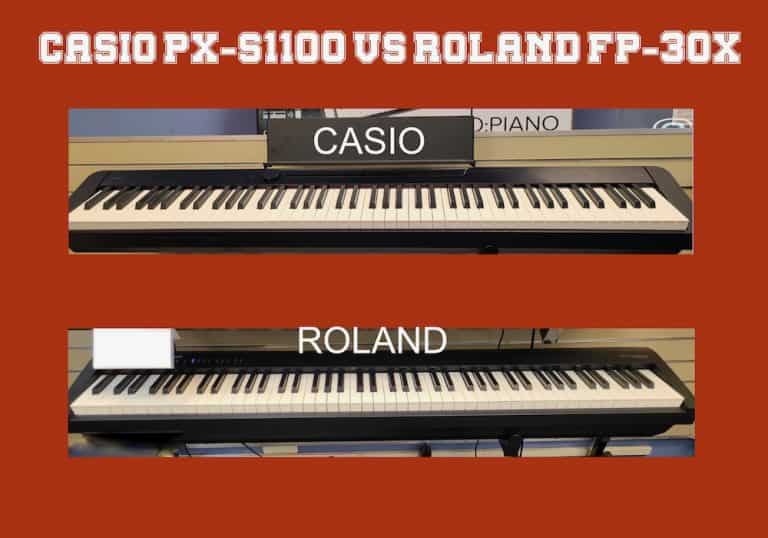 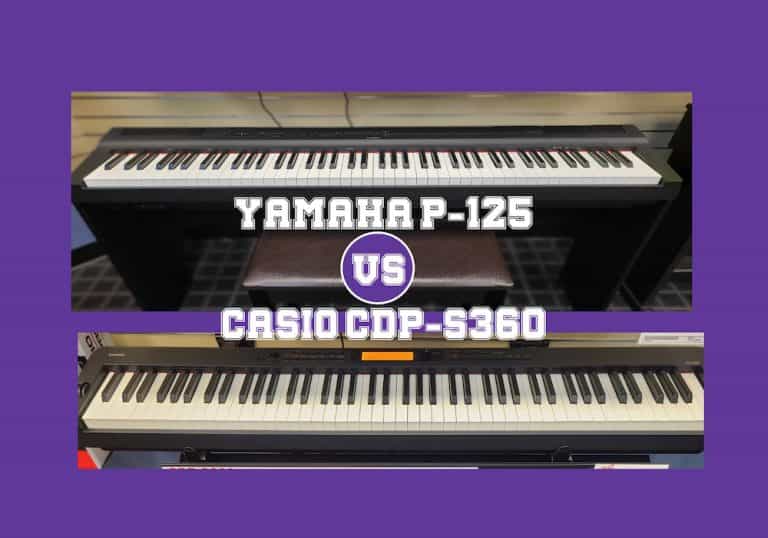