It’s finally time to learn how to play chords so that a melody makes sense, and to learn the importance which harmony has in a musical work.

By now, you should probably be familiar with fingerings for scales and arpeggios, and particularly the latter can help quite a bit when playing chords.   After all, arpeggios are broken chords which are useful for learning particular key signatures, memorizing patterns that will likely arise in songs (whether you are reading from sheet music or just picking up a tune from an mp3) and becoming familiar with chord shapes.

Chords are largely representative of the harmonic (or vertical) aspect of music, and coupled with a melody will render a musical work complete. Though the harmonic aspect of music can be suggested by more complex elements (i.e. counterpoint or simply the way the melody is made up), learning to play chords will generally help improve the understanding of the piece of music you want to play, and further help memorize it quicker—whether you are working with an 88 key digital piano or a concert grand.

And if you’re in the market for a new piano, please look at our interactive guide below, which allows you to compare some of the best selling digital pianos on the market against one another:

What is a Chord?

Chords can be most easily described as a cluster of notes played simultaneously, most commonly made up of the 1st, 3rd and 5th note of a scale (whether major or minor doesn’t matter for now). These “notes” are called “degrees” in music theory, and within a chord this is usually what their name of reference is.  For example, in a C major scale, the 5th degree of the scale would be the note of G, the 6th degree the note of A and so on.

A chord made up of the 1st, 3rd and 5th degree, like the example above indicates, is called a major chord. Its sound is rather pleasant, though opinions may vary between it being pleasant or downright boring and unadventurous. It is a good idea to start with major chords for those not familiar with chords at all, since they are the easiest to play and understand.

Going from the info given above, it should then be easy to just pick out the major chord you want to play in whatever scale you are in. We will start with beginner major scales for now, being the ones covered in previous lessons (i.e. C, F Bb, G etc).

As mentioned before, to play a major chord you would require the 1st, 3rd and 5th degree of a major scale. So a C major chord is made up of the notes C  E  G, played with the 1st, 2nd and 4th finger of the right/left hand. Similarly, a chord of G major would be made up of the notes G  B  D, since the G major scale only has one sharp (again, review previous lessons if you need to).

1)  Pick a major scale you know

3) Count to three, going upwards in the scale (i.e. C, D, E) and play it together with the first note

Yes, it’s going to take a good amount of practice, but you’ll eventually understand it.  It will, through practice and repetition, become second nature.  Just remember to use the fingerings given, as that should prove to be the best position for your hand without straining it, especially when playing faster passages.

Minor chords are exactly the same, though they are in the minor key of course. This can result in being more complex for beginners, because you’ll need to know the minor scale of the chord you want to play.

For example, the key of C minor has three flats (its relative major being Eb, but don’t get too confused) so its minor scale will have Eb, Ab and Bb in it. As we’ve seen above, chords are most commonly made up of tonic (the first note of the scale), 3rd and 5th—as they are known in technical terms. Therefore, to play a chord of C minor, you would play the notes C (the tonic), Eb (the 3rd), and G (the 5th).

A minor chord has a slightly sad quality to it, though it doesn’t mean it needs to be always used for sad music only. But this can help you if you are improvising your own melody, as you can switch between major and minor chords to create different moods.

Things can get a bit more complicated if you want to understand how chords fit together in an harmonic framework, but if you have the patience to read you will be rewarded.

Just playing a single chord doesn’t achieve much of course, as things need to work together in order to at least make up something resembling a song. So, for a complete piece of music, you’d need to at least put together a couple of chords—three being the most common types of chords which go with each other.

Western harmony, the kind that’s most widely used in the music you hear everyday, uses mostly three chords as the basic framework, though of course it adds others to spice things up. These three chords are described as the tonic, the sub-dominant and the dominant, upon which entire songs can be constructed. You don’t really need anything else for now, as knowing how to play at least these three chords should be plenty for improvisation purposes, to understand a bit about harmony and to put together your own song should you wish to.

Three Chords to Set you Off

So, what are these names I conjured up? One step at a time and everything will be clear. We’ll pick the key of C major to make things easy for now, which will form our tonic chord.

The tonic chord is the starting point for your song/improvisation. Since we picked the key of C, it is a C major chord. The fourth degree of the C major scale—again look at the text above if you are confused—is the note of F.

This is called the “sub-dominant” in harmony, since every note has a name to better identify it (and analyze for the more clever clogs). This chord usually acts as a “transition point” during a melody. Imagine you are on a journey, which logically has a beginning, middle and an end; the chord of F major, or sub-dominant, represents the middle of your journey.

The next chord is the dominant, which usually comes slightly before you end your journey. So, after playing F major, you can play C again, move to a G major chord and end your piece with C major. It all seems rather simple once you know how, and playing it will make everything even more intuitive.

You can even start your song with G for instance, but it is always a good idea to end with the starting chord (or C major in this case), which gives your song/improvisation more completion and allows it to make more sense.

Of course, there is no set rule on the order which you need to play your chords in, and you can just let your imagination run wild. Just bear in mind everything in music is just a guidance, and rules are ultimately there to be broken.

Remember that once your song reaches one of these chords, it will automatically enter a new key signature too, though only temporarily. This means that playing the chord of F, or the sub-dominant (remember the musical terms above!), will mean your piece has entered the key of F major too, which has one flat in its key signature. Therefore, it would be wise to let your melody and improvisation enter the correct key too.

There is one exception, however—playing the dominant chord (in this case G major), will keep your key signature the same (no F sharp in this case!) since the song most likely needs to move back to the key of C major (which has no sharps or flats).

Hopefully all the information above does not overload you, and it all makes sense when you need to put together a song or improvisation, or just understand the harmonic structure of a piece of music.

Lastly, we’ll briefly look at chord embellishment, without confusing you too much.

Remember reaching the middle of your journey with the chord of F major above? Well, you can add a Bb to your C major chord which will make it more natural to move to the “transition phase” of your song, so to speak.

The 7th degree flattened can be used for the other chords too, and will have a similar effect. As long as you know the scale for the chord you are on, and the chord it will move to, you should have no problem with this type of chord embellishment.

Remember that the flattened 7th degree is not a natural part of the key of C major, so you will likely need to adjust your melody or improvisation accordingly.

So, for the purposes of learning, our song will go something like this:

Hearing this perfectly logical chord sequence will likely help you in understanding a bit more about harmony, and you might even recognize it in songs you hear elsewhere.

I hope you now have some idea on how to play chords, and how to play a chord sequence that makes sense so you can also make more sense of the music you play. Review all the information given slowly, learn the names, and it should all become easier when the next lesson comes up.

Now that you know both major and minor chords, it should be easy to make up something basic that resembles a piece of music, and make up something that makes sense to you on your digital home piano or instrument of choice.

Never forget to have fun and enjoy playing, and I’ll see you in the next lesson. 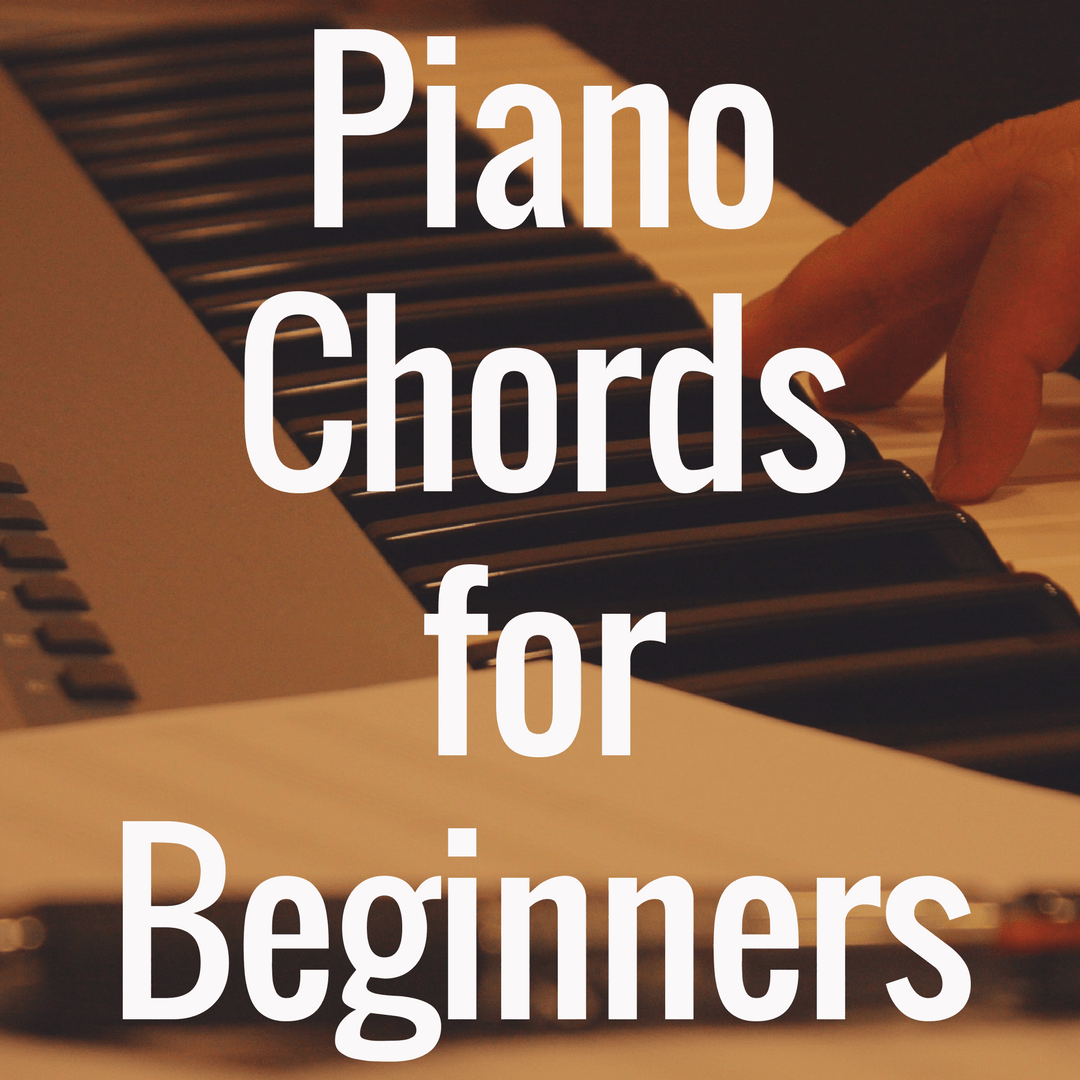 Don’t let your piano gather dust while you worry that learning how to play is too time consuming or complex. … 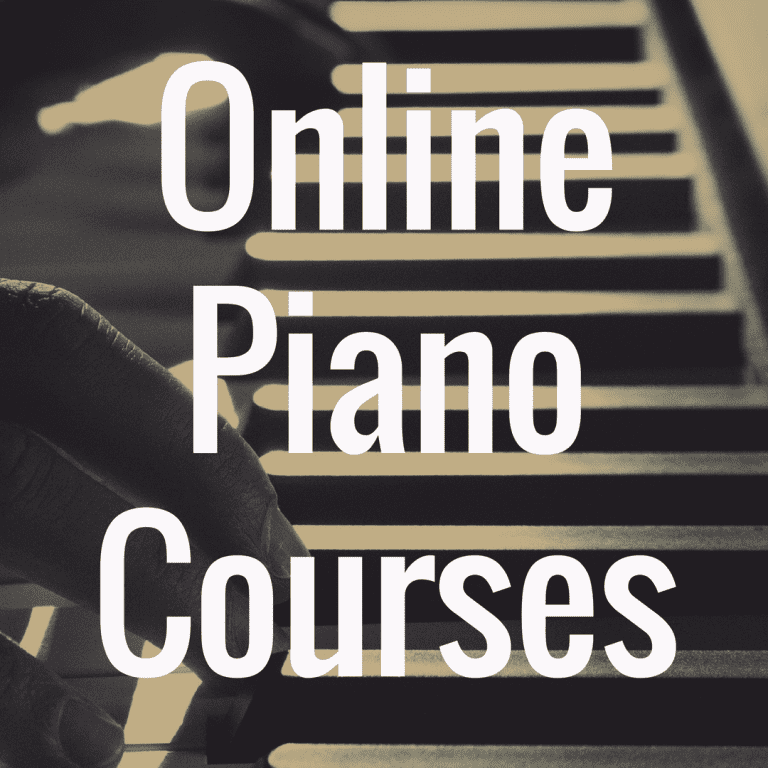 If you want to learn how to play the piano, especially learning and playing from the comfort of home, then… 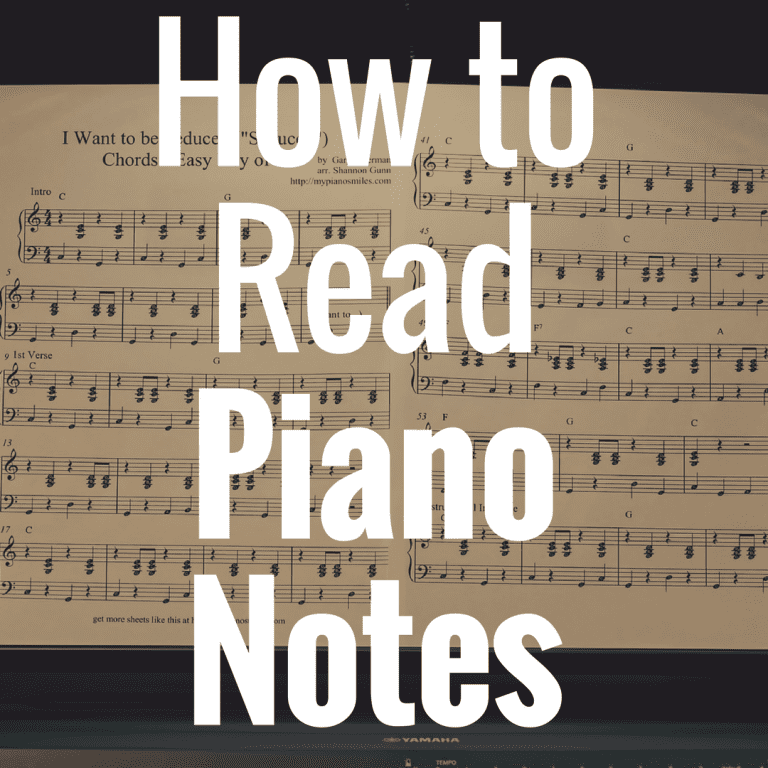 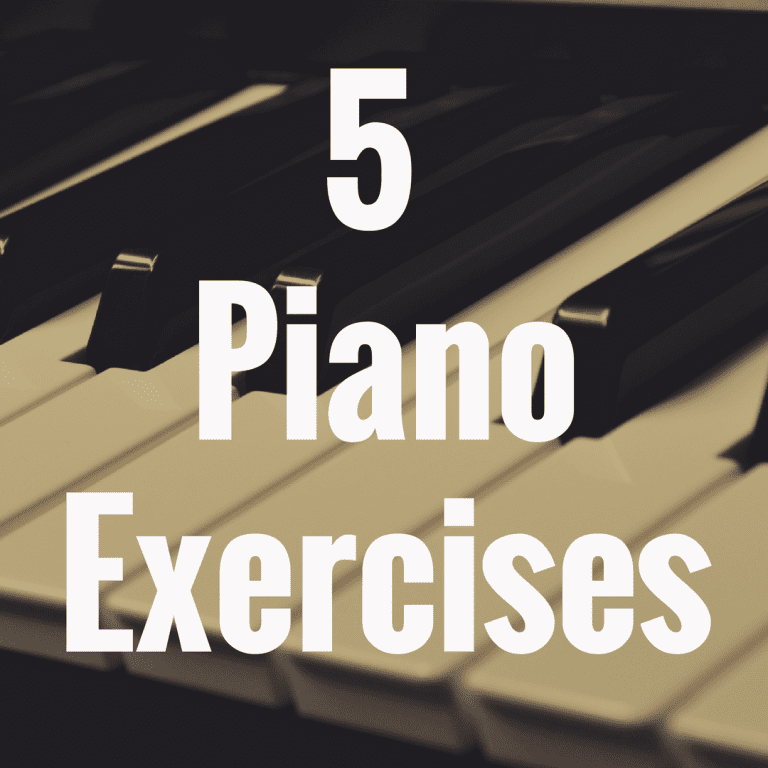 Are you from the school of Czerny or Hanon?  Piano teachers and students alike love to talk about their favorite… 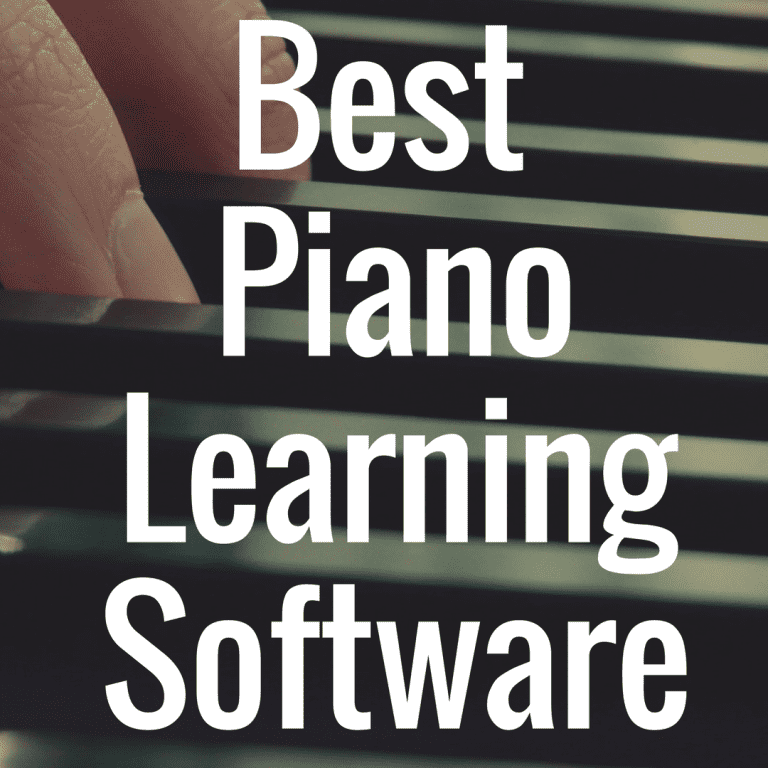 In this article, I’m going to help you best figure out how you can competently learn how to play the… 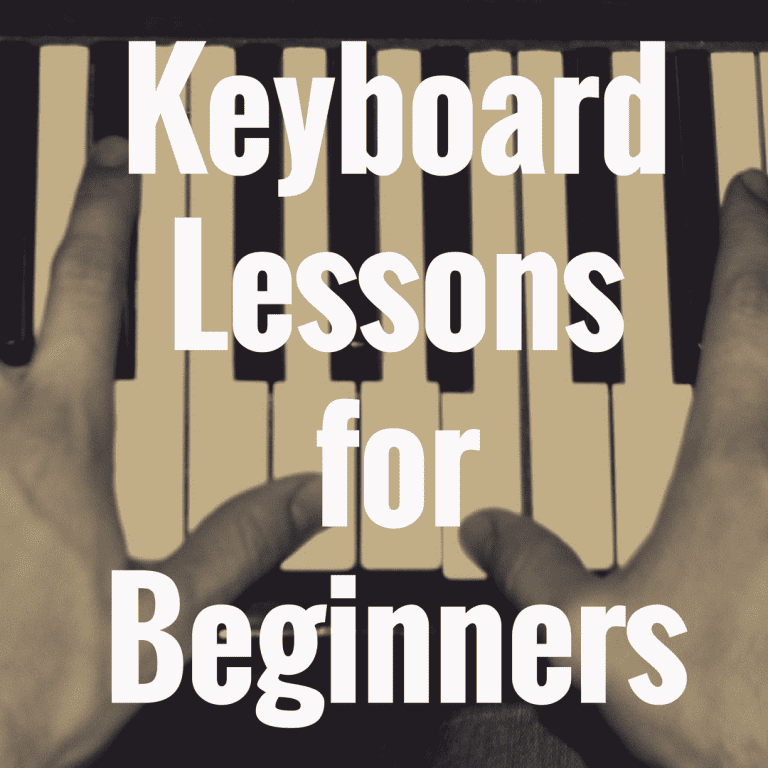 Whether you’ve just purchased a new keyboard, or have one laying around that you’ve been meaning to play, the task…