The Korg Pa600 is one of the brand’s Professional Arranger keyboards. Arranger keyboards are usually thought of as songwriting tools (think band-in-a-box), and they are great for musicians who want to take their one-person act to the stage, too.

In our Korg Pa600 review, we’ll provide you with everything you need to know about this keyboard, and also show you how well it compares to the Pa700 and Pa1000.  In order to better help you, please utilize the interactive guide below, which allows you to directly compare the Korg Pa600 to other notable keyboards on the market.

Power and Sound of the Korg Pa600

The Korg Pa600 retails for $1,610. This 61 key digital piano brings the power of Korg’s Pa series to players who are looking for something both compact and affordable. This arranger keyboard uses Korg’s RX (Real eXperience) and DNC (Defined Nuance Control) technology to bring incredible sound quality to musicians. With RX and DNC, players can add nuance and realism to their playing. For example, when using a guitar sound, players can add fret noise to their music.

This arranger keyboard comes loaded with more than 950 factory sounds, and users can save 256 of their own sounds to the Korg Pa600. One of the standout factory sounds is a multilayered acoustic piano sound that was sampled from a Concert Grand and includes string resonance and damper pedal resonance.

Below, please take a quick moment to view some of the best selling keyboards on Amazon, and see how well they stack up to the Korg Pa600 as we progress through this review:

The Unique Sounds and Effects of the Pa600

There are over 360 customizable factory styles within the Korg Pa600, and users can save 1,200 of their own style creations to the keyboard. Styles are designed to make songwriting and performing simple for those who play the Korg Pa600. Styles are automatic accompaniments that follow the musician’s chord changes; each style essentially adds a backing track to whatever is being played on the keyboard. Each style includes three Introductions/Endings, four variations, and four Fill Ins and Breaks.

As an arranger keyboard, the Korg Pa600 is expected to give musicians the effects they need to take their musical creations to the next level, and it certainly does not disappoint. The Korg Pa600 comes loaded with 125 effects, like chorus, delay, and reverb; it also includes a number of effects from Korg’s REMS (Resonant Electronic Modeling System) technology. With REMS technology, musicians can accurately recreate the sound of guitar amplifiers, bass amplifiers, vintage stompboxes, and more.

The Korg Pa600 has 128-note polyphony, like all of the arranger keyboards included in this article. This amount of polyphony should be sufficient for most players.

Who is the Korg Pa600 Most Suited For?

The Korg Pa600 makes it really simple for musicians to start playing right away. Its large, backlit TouchView™ color TFT display makes it easy to find and select sounds, settings, and effects quickly–even on the darkest of stages. This arranger keyboard also has an intuitive interface with a search function. Musicians can quickly search for the sounds they want and start playing; sounds can even be renamed, so players can give the keyboard’s sounds names that they will remember easily.

This arranger keyboard is certainly a powerful instrument, but it is tailored more toward songwriters and performing musicians than toward new piano players. At $1,610, the Korg Pa600 is a reasonably priced arranger, but its price is pretty steep for a first digital piano. There are cheaper options out there that offer a full range of 88 keys and a graded keyboard. Both of these features are important for beginner pianists. Having all 88 keys at your fingertips lets you play songs that contain a wider range of notes than the Pa600’s 61 keys can handle.

Of course, at a lower price point, players will not have access to as many factory sounds and effects as the Korg Pa600 has to offer. Still, 950 sounds may be overwhelming to new players, especially those who simply want to practice with an acoustic piano sound.

Learn more about the Korg Pa600 here and get more information about how to choose the right keyboard for you here.

The Korg Pa300 is slightly cheaper than the Korg Pa600 at $1,190 and has many of the same features. This arranger also uses Korg’s Real eXperience technology to bring realistic sounds to musicians, but it does not use Defined Nuance Control, so it cannot recreate the subtle noises that fill out some instrument’s sounds (like guitar fret noises).

Just like the Korg Pa600, the Korg Pa300 has more than 950 factory sounds, and users can save 256 of their own sounds. This cheaper arranger keyboard comes with about 310 factory styles, slightly less than the Korg Pa600’s 360 plus styles. Musicians also have the option to save up to 1,040 of their own style creations.

The Korg Pa300 comes loaded with 125 effects, including chorus, reverb, delay, and REMS-based technology, so players are just as capable of customizing their sound with this arranger keyboard as they are with the Korg Pa600.

The 61-key Korg Pa300 has the same drawbacks as the pricier Korg Pa600, however. With only 61 keys, this Korg digital piano (of sorts) does not give players the full 88 key range of an acoustic piano. The Pa300’s lack of a graded, weighted keyboard may make it hard for players to adjust to the heavier keys of an acoustic piano,too.

With an MSRP of $1,800, the Korg Pa700 is nearly two hundred dollars more than the Pa600, so how do these two arranger keyboards differ from each other?

Like the Korg Pa600, the 61 key Pa700 uses Defined Nuance Control technology to add nuance and realism to its instrument voices. The Pa700 moves a step past the Pa600, however, with the addition of KAOSS FX. KAOSS FX gives musicians complete creative control over their performances. With this technology, players can reshape rhythms in real time, mix accompanying sounds, edit drum kits, and more.

The Korg Pa700 also offers more sounds than its predecessor, the Pa600. This arranger’s sounds were developed with Korg’s EDS-X (Enhanced Definition Synthesis-eXpanded) sound engine, and it includes more than 1,700 factory sounds and players can save 512 of their own sound creations to the Pa700.

The Pa700 comes with 370 styles, and these styles are more customizable than those of the Pa600. Each style can be enhanced with pads. The pads can add sound effects, riffs, percussion parts, and accent sounds. Being able to customize the sounds in this way makes the Pa700 extremely valuable to songwriters and performing musicians.

The Korg Pa700 is loaded with 148 effects, including reverbs, delays, amp simulators, vintage stomp box simulators, and more. These effects put complete creative control into musicians’ hands; with these effects, players can recreate the sounds of their favorite retro instruments or create new, modern sounds.

This arranger keyboard is perfect for keyboardists who sing while they play. Dynamic microphones can be connected to the Korg Pa700, and musicians can apply effects to their vocals through the Pa700 to achieve a studio-perfect vocal performance every time. The Pa700 also comes with a Vocal Remover feature that lets players remove the vocals from an MP3 file so that they can sing along with the track.

Just as the Korg Pa700 includes features that are great for singers, it includes some that are ideal for guitarists, too. Guitar FXs make it possible for guitar players to add pedals and studio effects to a guitar that they connect to the Pa700 through the Guitar Input on the back of the arranger keyboard. Korg handpicked some of the best guitar effects from their collection and added them to the Pa700’s library.

Players can choose from distortion pedals, chorus pedals, delay pedals, amplifiers, studio-quality reverbs, and more. Having a dedicated Guitar Input and Guitar FXs makes the Korg Pa700 truly invaluable to multi-instrumentalists, especially those who perform onstage by themselves.

The Korg Pa1000 is the priciest of the keyboards included here and costs $2,800.

Like the Pa700, the Pa1000’s sounds were developed with Korg’s Defined Nuance Control technology, but this arranger includes more than 1750 factory sounds. The Pa1000 can hold 512 user sounds like the Pa700, too.

KAOSS FX is included with the Korg Pa1000, so all of the sounds are as customizable as they are on the Korg Pa700.

This 61 key arranger keyboard comes with 430 styles, and musicians can save 1,152 of their own style creations.

The Pa1000 includes mic and guitar inputs, and this arranger keyboard also has dedicated effects for both guitars and vocals.

Which Professional Arranger Keyboard Is Right For Me?

All of the keyboards included in this article are fantastic, high quality instruments, but they are not necessarily designed for beginners. As arranger keyboards, the Korg Pa600, Pa300, Pa700, and Pa1000 are made for people who write songs and perform.

Still, the Korg Pa600 earns 3 out of 5 stars. This arranger keyboard is pretty expensive for a first-time buyer, especially considering it only has 61 keys instead of the full 88 keys. Having a keyboard with 61 keys means that some songs may not be playable on the Korg Pa600 because it does not have the full range of notes.

With 950 onboard sounds, there’s no doubt that the Korg Pa600 can provide its owners with countless hours of fun and inspiration; however, those who are looking for a digital piano simply because they need to practice what they learned in their piano lessons or because they are trying to teach themselves how to play likely will not even come close to using a quarter of those sounds regularly.

The Korg Pa600’s lack of a graded hammer action keyboard makes it less than ideal for beginner keyboardists, too. A keyboard that feels heavier in the lower register than it does in the higher register makes it easier for players to adjust to playing on an acoustic piano. More experienced players probably will not see the Korg Pa600’s keyboard as a problem because they have played on many different types of keyboards and can easily adjust to playing each instrument.

Those who are looking for an arranger keyboard that they can use to make their songwriting process easier or to bring to the stage should go with either the Korg Pa700 or the Korg Pa1000. Both of these instruments offer musicians more sounds and effects than the Pa600 does, and they include guitar and microphone inputs, which are great for one-person acts. 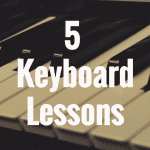 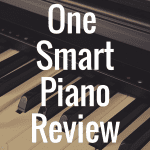 The ONE Smart digital piano has definitely caught the attention of the piano community. With a … END_OF_DOCUMENT_TOKEN_TO_BE_REPLACED 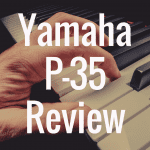 The Yamaha P-series might arguably contain some of Yamaha’s best digital pianos. From the P-155, … END_OF_DOCUMENT_TOKEN_TO_BE_REPLACED