You are here: Home / Digital Pianos / Yamaha P515 vs Kawai ES8: Which Portable Piano is Best?

When looking for a high-end portable piano, a lot of people tend to narrow their focus between the Yamaha P-515 and the Kawai ES8.  And it’s easy to see why, as both are high quality digital pianos that offer grand sounds and features.  And priced around $1,500 (P515) and $1,650 (ES8) they exist in a similar price range for customers.

But which digital piano is best?  What advantages does one have over the other.  Well, in this battle between the Kawai ES8 vs Yamaha P515, we’re going to examine exactly that to better help you determine which piano is right for you.

And, in order to better help you, please use the interactive guide below, which will allow you to directly compare the Yamaha P515 to the Kawai ES8, as well as other notable digital pianos on the market.

When it comes to a digital piano, two things that people immediately look to are how the instrument sounds and how it feels.  So let’s first begin with the former—how these two pianos sound.

The Bösendorfer uses a standard sampling method, but the Yamaha CFX kicks it up a notch by using binaural sampling.

What you get with the Bösendorfer is a bit of a softer tone to the piano sound when you play the P-515.  On the other hand, the Yamaha CFX sounds quite a bit richer and fuller.  It tends to breathe life into the room with its bold, attention grabbing sound.

Below, please take a moment to view some of the best selling digital pianos available on Amazon (and see how well they stack up to the pianos we discuss throughout this article).

Perhaps just as important as the piano sound in a digital piano is the hammer action it utilizes.  Because when we sit down to play, we want to get the closest feeling to a grand piano we can get.

Now, for the Yamaha P-515, Yamaha offers the Yamaha Natural Wood X action, which is honestly most reserved for their higher end (and more expensive) digital pianos.  In fact, you’ll find this Yamaha NWX action on Yamaha’s own Clavinova pianos—and those can certainly cost more money than then P-515.  So, in that respect, it’s nice to see that Yamaha didn’t hold back in this particular area.

What you get with the Yamaha NWX keyboard is one that is rocking an escapement mechanism that does its best job to replicate the touch and feel of a real piano.  You’ll really only notice the escapement on light keystrokes, which is exactly what you’d experience if you were playing an acoustic piano.

By contrast, the Kawai ES8 features Kawai’s Responsive Hammer action.  You do get a plastic keyboard here, but that doesn’t take away from the fact that it’s quite expressive when playing the ES8. In fact, plastic key actions still feature graded keys (heavier on the lower end and lighter on the higher end of the keyboard).

The Responsive Hammer (RHII and RHIII) actions are actually the latest iteration of plastic key actions by Kawai.  They also feature “Ivory Touch” surfaces on the keys, as well as triple sensor detection within the keys themselves too.

We’ve outlined some of the notable differences between the P-515 and ES8, but there are some similarities here and there as well.

First, the P-515 comes with 40 voices.  By contrast, the Kawai ES8 comes with 34 sounds—so not a major difference here.  Although, to be fair, it is potentially many more voices for the P-515 when you factor in the 18 Drum/SFX kits and the 480 XG Voices.

The instrument sounds you get on both pianos is fairly similar and standard overall.  Whichever piano you select, be prepared to play around with orchestra strings, choir voices, bass sounds, synth sounds, organ sounds and much more.

In fact, one thing that’s always nice about digital pianos is the many effects it can offer.  On the Kawai ES8, for instance you could be playing a Fender Rhodes piano sound, and utilize the many unique effects to enhance the overall sound coming out of the speakers.  For instance, you could implement a Tremolo effect, or Autopan or Phaser or Ping Delay or Rotary.

Ultimately, using these effects makes your piano sound as if it’s fresh from a visit to the 1970s or 1980s.  Very fun to play around with.  In fact, if you’re interested in music from that era, you may just want to use the Kawai ES8’s Amp Simulator.  What this does is it reproduces the sound of a keyboard that’s been plugged into a classic amp from the 1970s or 1980s.

The Amp Simulator gives more distortion (and warmth) to your sound.  It can be very pleasing to the ear.

Both digital pianos do offer 256 notes of polyphony.  This is great whenever you’re ready to play more complex pieces of music that require you to play more notes at the same time.  This may not be a feature you deeply care about today, but as you play more and become a more seasoned pianist, you’ll likely be a lot more interested in maximizing the amount of sustained notes in your music.  And a high polyphony count of 256 can help you do just that.

Connectivity Options for the P515 and ES8

Both digital pianos offer a good variety of connectivity options for your needs.  For example, on the P-515, the USB port is located around the top of the instrument, but on the left side.  The Kawai ES8 has the same USB to Device/Host port, but on the front-right part of the piano.

Either way, this USB port allows you to take a USB stick and save your recordings/songs.  That way, you can easily take your USB device to your friend or family member or teacher so they can hear the masterpiece you’ve created.

In fact, the Kawai ES8 offers a 10-song, two track recorder.  And what’s nice is that you can either record your left and right hand individually, or simply record one sound first, and then layer another sound on top of it independent of each other.

The P-515 also has a MIDI IN and OUT jack, AUX IN and OUT, and ports for pedal connectivity, and two standard stereo headphone jacks.

The Kawai ES8 is quite similar in what it offers.  On the back of the instrument is where you’ll find a Line In Stero port, where you’d plug in an MP3 player or a cell phone.  Doing this would allow music that’s actually on your phone to now come out through the ES8’s internal speakers.

You’ll also notice LINE OUT sockets on the back of the ES8, and this is your pretty typical quarter inch jacks.  This is ideal for external amplification.

Next to that is where you’ll notice the speaker switch.  You toggle this on or off depending on whether you’re turning on or off the internal speakers of the piano.

Next to that is where you’ll find the ports for the Sustain Pedal and Soft pedal.

Near that is where you’ll be able to see the traditional 5-pin MIDI IN and OUT.  You’ll also gt a USB computer connection port, which will carry MIDI data directly to your computer without needing to use the MIDI IN/OUT interface.

The quarter inch jack, where you can plug in headphones, came be found on the front-left of the ES8.

The Yamaha P-515 and the Kawai ES8 both integrate the use of apps and technology into the experience of using and playing a digital piano.  And the results are really great.

Let’s first start with the P-515.  With this Yamaha piano, you can download and use the Smart Pianist app.  This app can be used on an iPhone or iPad, and it really gives you additional interactivity when using your piano.

Aside from using your mobile device as a big LCD screen, the Smart Pianist app allows you to alter sounds, record audio and even edit voices that are built into the piano.  And for those that like to layer voices when playing the P-515, you’ll be happy to know that this app has a built in mixer.  So you can control any and all levels of your layers via the app.

You also get a pretty cool feature called Chord Chart.  Essentially, this feature takes popular songs, analyzes them, and then provides the actual chord symbols right on the screen.  Doing this allows you to play along with your favorite tunes.

The only downside of this feature is that it’s limited.  And so, if you have a very complex song (musically) you’d like to learn how to play along with, there’s a good chance it won’t mix well with the Chord Chart feature.  Perhaps this gets improved over time as the technology evolves.

Now, let’s discuss the Virtual Technician app, which you can use with the Kawai ES8.  Essentially, this app really does what it’s named to do—allow you to become a virtual technician and tweak your digital piano to your exact specifications.

And so, if you’re interested in knowing what real hammers would sound like if you hit the keys on your piano, or you love all the little mechanical noises that you get with an acoustic piano, you can add all of these things via the settings of the Virtual Technician app.

In all, there 17 different parameters you can play around with and adjust on the Kawai ES8, including Touch Curve, Hammer Delay, Damper Noise, Decay Time, Soft Pedal Depth, Stretch Tuning and much more.

I think one of the biggest advantages of using a digital piano over an acoustic is that you don’t have to worry about tuning your piano regularly.  But in this case, with the Virtual Technician app, you can tune your digital piano to your heart’s content—and it’s never been easier to do so.

Truthfully, you can’t go wrong with either digital piano.  They both have their pros and cons, and while the Yamaha P-515 might be cheaper, depending on what you’re after, you may end up opting to go with the Kawai ES8.

Regardless of your decision, you’re going to get a quality portable piano that will last you for years to come. 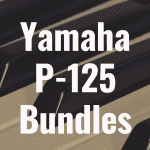 Yamaha has made some great keyboard instruments and the P series digital pianos are no exception.  … END_OF_DOCUMENT_TOKEN_TO_BE_REPLACED 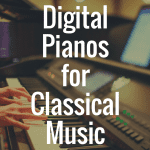 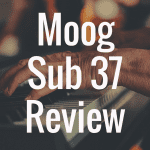 When pro audio musicians hear the term “analog synthesizer,” they might get a little grin on their … END_OF_DOCUMENT_TOKEN_TO_BE_REPLACED