Classic rock and the blues – the sounds these words evoke in your head are most likely those of an overdriven tube amp that’s dialed in at that sweet-spot volume. You can be sure to achieve that coveted distorted sound by lugging around a thirty-year-old, sixty pound behemoth of an amp while cranking the volume loud enough to wake up your neighbor’s neighbors.

Or, you can take your pick at an overdrive pedal.

Below, please use the interactive table to compare some of the overdrive pedals we will be discussing in-depth today.

An overdrive pedal aims to mimic the sound of an overdriven tube amp. There’s a bit of science behind creating distortion. The basic goal is to replicate clipping patterns in your sound waves without having to actually bust your amp. The effect created by intentionally clipping your sound is what we all refer to as “distortion”.

The function of an overdrive pedal can easily be confused with that of a distortion pedal because both produce a distortion effect. However, with overdrive pedals, the signal volume that you give the processor determines how much of the clipping pattern comes through.

In other words, you can limit the amount of distortion through an overdrive pedal by playing softer. I personally feel that this property lends itself to playing the blues where changes in tone really effect the mood and general “arc” of a solo. Stepping in and out of a distorted sound can keep things fresh. But it’s not like anyone has ever taken a 12-bar blues solo a couple choruses too long – right?

Do I Need an Overdrive Pedal?

How do you determine the right overdrive pedal for your needs? I’ve compiled a short list of five questions you may want to consider:

If you’re interested in learning my thoughts about the best overdrive pedals for guitar, look no further.  Below, you’ll see five overdrive pedals that I thought were really effective and enjoyable to use (and ones I think provide a great bang for one’s buck).

I wanted to recommend a diverse spectrum of pedals—diverse in both price and brand name . I gravitated towards five pedals that seemed to offer a range of sound and preferences. I played the following pedals in the same room, through the same amp, with the same Sunburst Telecaster.

Jeorge Tripps’ Way Huge Green Rhino Overdrive Pedal does appear to live up to its name when compared to the rest of my pedal selection here. Its bright green color and size match its title. Where you may sacrifice in pedal board space, you might make up for with this tweak-able package.

The Green Rhino Overdrive Pedal allows the player to fine-tune their sound with the 100Hz and 500Hz controls. While the Green Rhino does produce that tube amp grit, I may think twice about giving up so much space to it on my board. The Green Rhino appears to offer the most EQ control on this list, but it isn’t my first choice.

The 100Hz and 500Hz knobs do allow for a wide range of sound, but the “classic” switch at the top didn’t seem to change much at all during my time toying with it. The official reason for the “classic” switch’s existence is to recreate it’s older, smaller version of itself.

For specific guitar parts in a certain range, the Green Rhino may be very useful. If you just haven’t been able to dial in your frequency boosts exactly like you’ve wanted to with other simpler pedals, the Green Rhino could be your solution. It’s all about the details.

Overall the Green Rhino sounds good, but it isn’t enough bang for my buck.  So let’s continue to #4.

J. Rockett built the Archer in hopes of making something similar to Bill Finnegan’s Centaur KTR pedal. The Centaur is out of production and supposedly won’t be making a comeback, so fans of it are dying to find one used or find another pedal that resembles it. The inner workings are secured in a solid steel box and it seems to be insulated well enough to withstand even the roughest gig abuse.

The Archer is very simple and practical. While testing it out, I felt that the Archer may lend itself to punk and scratchy rhythm guitar parts. The treble knob gets “tingey” pretty fast. It can be somewhat piercing to the ear when it’s set to 100%.

This pedal may not offer the fine-tuned adjustments that are present in other pedals, but if you like the sound enough to pick one up I’m sure it’ll last a lifetime.

The Archer is basically a clone of the Centaur. For some, this may be a negative because it really isn’t anything new. For others, the Archer could be exactly what they’ve been wanting since the Centaur was discontinued.

The Archer bites in the high frequency range but not quite as aggressively as the Centaur once did. To the naked ear, both the Centaur and Archer are so similar in sound that there isn’t a lot of reason to dissect the differences. Nostalgia would probably be the root cause of any discrepancies between the two.

Perhaps the biggest downside to this pedal is the price. For Centaur enthusiasts, it may be worth every last penny.

The Boss OD-3 is a tried and true piece of equipment. The three dials don’t boast much on the outside. The modest size of the thing won’t be a turn-off. The matte yellow looks clean and simple.

There aren’t any toggle switches or EQ knobs. I would personally prefer that every single pedal actually uses a pedal mechanism like the Boss OD-3 does. It’s simply a larger target to hit and that actually makes a little bit of difference when you’re trying to hit a pedal quickly.

The Boss OD-3 has an organic sound. I found that among the five overdrive pedals listed here, the Boss OD-3 offers the widest available sounds in the tone knob department. When the turn knob is at zero it sounds like I’m in a tunnel. When I have the tone knob at 100% it sounds all the way open.

For blues, I like the drive at nine o’clock and the tone knob up all the way. If you wanted to, you may be able to get a simple 80’s metal tone out of the OD-3. If classic rock is your thing, I don’t think you’ll be disappointed with this one.

The Boss OD-3 has a warm, fat, and classic sound . If you tried to use it as a primary distortion pedal, you may find yourself falling short of all the gain that you could ever want. This would depend on what kind of music you’re wanting to play.

The Crayon from Electro-Harmonix will probably surprise you. At its price point, you may not expect much. However, this would rank as my best blues overdrive pedal if this list were specifically for blues players. The biggest upside to the Crayon is the control you have over the gain and distortion levels. I was able to reduce my sound to a light crunch all the way up to a hard lead sound.

Physically, the Crayon is small and that’s always a plus. The Crayon is a contemporary overdrive pedal and it should make its other competitors within this price range step their game up.

Although the Crayon doesn’t seemingly feature the kind of EQ control that the Green Rhino does, the bass and treble knobs are powerful. You can tweak bass and treble pretty aggressively so I’m not able to claim that this pedal has a predisposition towards being too “tingey” or too boomy.

Overall, the biggest plus for Electro-Harmonix’s Crayon is its versatility. From that extra little sparkle to that full-bodied crunch, the Crayon has you covered. It’s an excellent piece of gear for its price and it won’t hog a lot of room on your board.

You can really appreciate the tube amp tone that comes out of it. If you’re on a budget, you’ll have fun demoing this overdrive pedal because you may walk out the door with it too.

If you’re in a Black Sabbath cover band, this pedal is something you’ve got to purchase today. Even if you’re not, this overdrive pedal won’t disappoint. I spent more time with the Sabbra Cadabra than any of the other pedals on this list. The best adjective I could think of while noodling around on it was “mean”. This thing really does sound mean.

When you set the gain low, the Sabbra Cadabra still distorts the tone quite a bit. It’s still an overdrive pedal but it could easily be misidentified as a distortion pedal.

Responsiveness to the player may be a bit more limited than the previous overdrive pedals listed, but you shouldn’t expect this one to be used for anything other than hard rock or other harder genres.

The Sabbra Cadabra is meant to have you sound just like Tony Iommi through his Laney amps. The “vol 4” and “range” knobs are both simulations of his specific sound and amp.

The “Presence” knob controls the top half of the frequency spectrum so it envelops both mids and treble. “Gain” controls the amount of saturation between the pedal’s sound and the raw amp sound. Tone Report gives a good detailed account of the differences between the “Vol 4” and “Range” knobs.

You’re sure to find several sweet spots with the Sabbra Cadabra. You’ll pay for every one of them, but this is a mean pedal for hard rockers and metal heads. 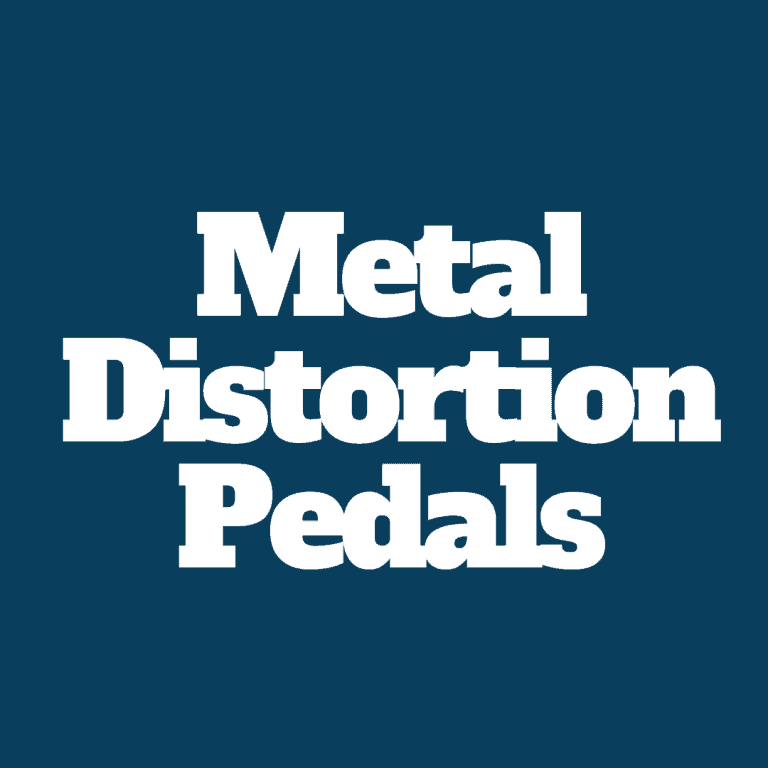 In this article, we’re going to help you better discover the best metal distortion pedals on the market.  So if… So, you want to shred. Welcome to the family! Here, we learn the benefits of a life lived with a… 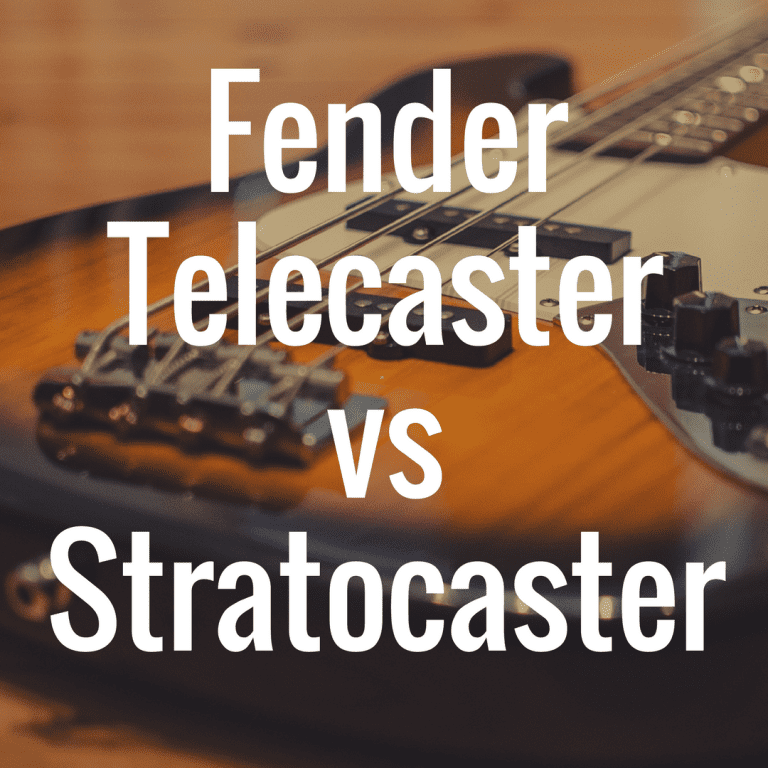 It’s an age old debate between two greats. Both are world renowned instruments built by the equally famous Fender electric… Classical guitars are their own category in the world of stringed instruments. As the name implies, these guitars are generally…