The 11 Best Digital Pianos for Beginners to Learn Piano 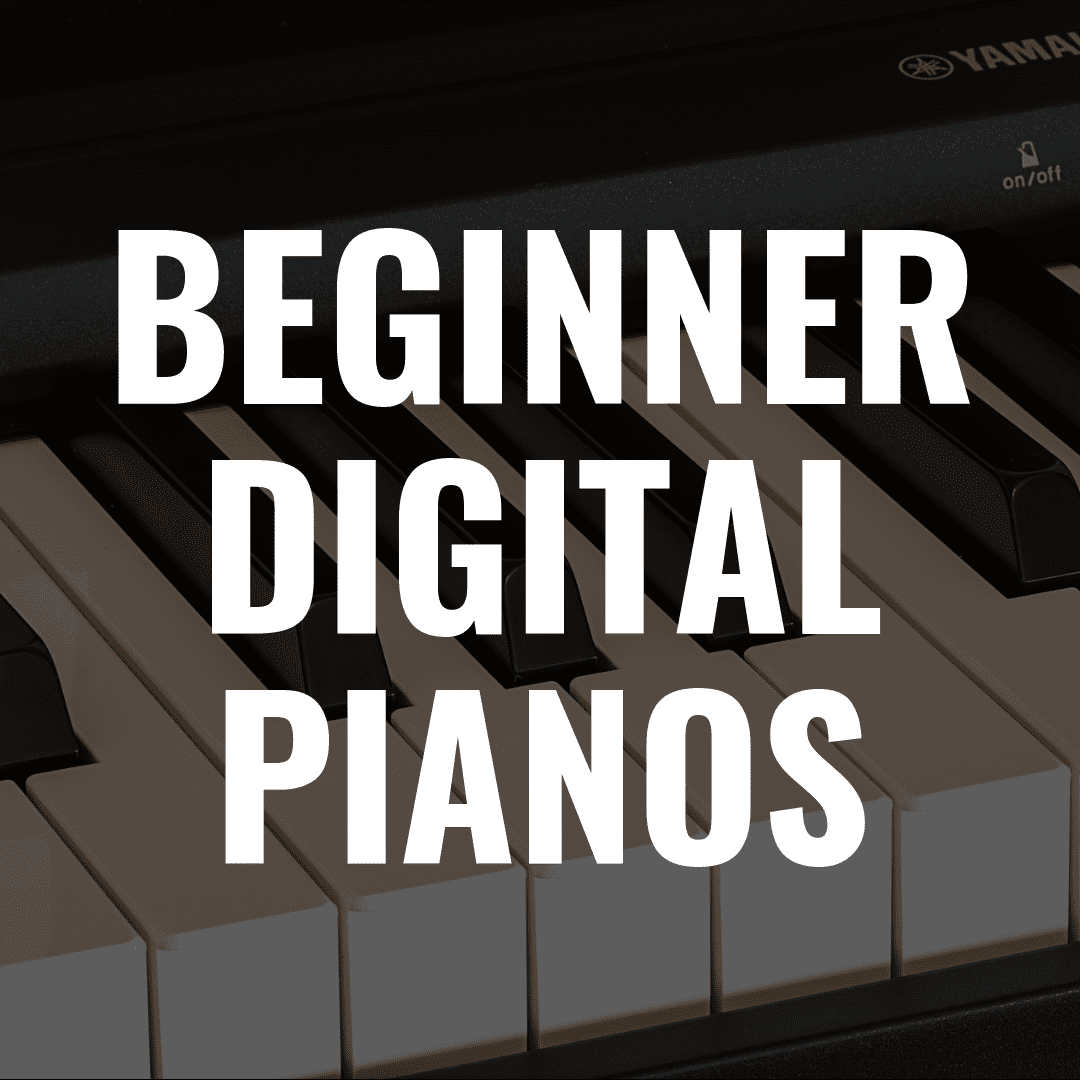 Buying your first digital piano can be scary. Wading through details about the instruments’ specs online or wandering through the music store alone and testing out digital pianos without knowing what you are supposed to be listening for is definitely not fun, but I am here to save you!

In this article, I will give you an in-depth look at eleven of the best beginner digital piano models. I’ll take you through these pianos’ helpful features, explain their specs, and ultimately declare one of these digital pianos the best of the best.

And to better help you, please take a moment to view the interactive guide below, which allows you to directly compare some of the top digital pianos on the market against one another:

The Casio Privia PX-770 is currently available for $699, which is really affordable for a digital piano. Still, although this Casio 88 key digital piano is extremely budget-friendly, it comes packed with features that will help you to advance in piano-playing skill quickly.

The 18 onboard sounds on this digital piano were created with Casio’s Multi-Dimensional Morphing AiR Sound Source, so they are some of the best sounds available for less than a thousand dollars. You also have the option of creating splits and layers between the sounds.

The Casio Privia PX-770 is built with the brand’s Tri-Sensor Scaled Hammer Action Keyboard II. This keyboard uses three sensors to detect the player’s depressing of the keys and can detect even the slightest touches,and this makes it possible for you to play soft, captivating pianissimo passages as well as loud, dynamic fortissimo passages. As such, the Tri-Sensor Scaled Hammer Action Keyboard II is likely the best recreation of a digital piano’s keyboard that you will find in the Casio Privia PX-770’s price range.

The PX-770’s keyboard is also made with simulated ebony and ivory keys so the surface of the keys feel a bit more like the surface of an acoustic piano’s keys. Additionally, the keys’ crimp surface minimizes the frequency of sweat-induced finger slippage, which makes it possible to play for longer periods of time.

The Casio Privia PX-770 comes with a fairly impressive 128-note polyphony. Polyphony basically refers to an instrument’s capability to play more than one note at once. Polyphony gets used up by splitting, layering, and by stereo sounds; as such, although 256-note polyphony may seem like overkill considering pianos only have 88 keys, you might find yourself using up quite a bit of polyphony if you use your digital piano’s features to their full potential.

The Casio Privia PX-770 is undoubtedly a great first digital piano. It has enough onboard sounds to spark your creativity, a great hammer action keyboard, and an impressive amount of polyphony. This digital piano is sure to help you on your piano-playing journey.

This Yamaha digital piano is currently available for $2,199.99, so it is considerably pricier than the aforementioned Casio Privia PX-760.

Overall, the features of the Yamaha YDP-184 are similar to those of more budget-friendly digital pianos. Its Stereophonic Optimizer, however, cannot be found at a lower price point.

This digital piano can be purchased for $699. The Kawai ES110 comes with 19 onboard sounds, so it is pretty comparable to the Casio Privia PX-760 in regard to sound offering.

The Kawai ES110 has 192-note polyphony, so it is capable of handling splitting and layering sounds without risking note dropout. Still, it does not have as much polyphony to offer as the Casio Privia PX-760 or the Yamaha YDP-184R Arius.

The Kawai ES110’s most helpful feature is its built-in Alfred piano lessons. Many a piano player (myself included) has used an Alfred songbook in the beginning stages of their piano-playing journey. The Kawai ES110 has songs from the Alfred songbooks built into its system, and you can follow along with them as you learn how to play the piano.

Additionally, you can adjust the tempo of these songs and practice the right and left hand parts separately, which will help you to finetune each song until you can play it perfectly.

The Kawai ES110’s built-in lessons are definitely a beneficial tool that can help you to gain skill quickly.

The Korg B1SP is currently available for $599.99 and is marketed as an entry-level piano, so it is perfect for beginners.

This digital piano comes with 8 onboard sounds, so its sound offering is a little low. This will only be a problem for those who like having a variety of sounds at their disposal; still, the Korg B1SP offers more sounds than you need to learn how to play the piano. After all, an acoustic piano only has one voice offering!

The Korg B1SP has 120-note polyphony, which is enough to support beginner-level playing. At some point, however, you might find yourself itching for an instrument with more polyphony.

At first look, it seems ridiculous to spend over a thousand dollars on a digital piano that has the same amount of polyphony as a six hundred dollar digital piano. The Korg C1 Air has features that are not available at a lower price point, however.

This Korg digital piano can connect to computers and mobile devices via Bluetooth, and it can play audio from those devices through its speakers. This feature is definitely very helpful when trying to learn new pieces. I, like many other piano players, sometimes practice along with recordings of songs that I am learning. When I play the song from my laptop or phone, I sometimes drown out the audio with the sound of my own playing. By controlling the external audio through the digital piano, this problem is eliminated.

Both the C1 Air and the G1 Air come with 40 built-in songs that you can practice along with. Just like on the Kawai ES110, you can adjust the tempo of these songs and practice each hand’s part separately.

The Yamaha Arius YDP-144 is currently available for roughly $999.

The Yamaha Arius YDP-144  comes with the brand’s “50 Greats for the Piano” songbook, and all of the songs in the songbook are loaded into the digital piano’s library, too. Thus, players can listen to the songs through the YDP-144’s speakers while reading the sheet music and playing along. This makes it really easy for beginners to start playing instantly recognizable songs right away and to begin building a repertoire of songs that they can perform for friends and family.

I think probably the thing I like the most about the YDP-144 is the keyboard (including key action) and the sound.  On the YDP-144, you get a Graded Hammer 3 or GH3 action, while the Yamaha YDP-143 was only rocking the GHS action (which is the lowest of the Yamaha key actions).

Not to be outdone, let’s briefly talk about the sounds.  On the YDP-143, you had the Yamaha CF sound sampled.  On the YDP-144, Yamaha features the CFX Grand Piano sound, which is much more rich, bold and expressive.  You’ll also get the Mellow Grand Piano sound (very relaxing, lovely, and almost nostalgic sounding) and the Pop Grand Poano sound (more lively and jazzy).

This Casio digital piano is currently available for $999, so it is comparable in price to many of the digital pianos listed in this article.

The Casio PX-870 comes with nineteen onboard sounds, which is a pretty nice sound offering at this pricepoint. The acoustic piano sound is a four-layer stereo sample that includes a recreation of an acoustic piano’s damper resonance.

This digital piano has 256-note polyphony, so you can play to your heart’s content without worrying about note dropout.

This Nord model costs $2,999, so it is not as budget-friendly as some of the other digital pianos included in this article. However, the Nord brand is recognized for its excellence and many of today’s most famous musicians use Nords onstage.

toward people with some piano-playing experience, so it is meant to be an instrument that you can stick with for quite a while.

This digital piano comes with 400 preset sounds, and you can add sounds to your library or even replace the factory sounds with sounds from the Nord online libraries for free. All of the sounds housed in the Nord Piano 4 and in the brand’s libraries were created by expert sound engineers, so you can expect to hear a high-quality sound every time you press down one of the Nord Piano 4’s keys.

Like I mentioned earlier, the Nord Piano 4 is played by many recognizable keyboardists. While you’re in the beginning stages of your piano-playing journey, performing may seem very far off; however, you might eventually find yourself looking to take your skills to the stage. This digital piano comes with plenty of effects that’ll help you to make your piano or synth performance memorable.

The Nord Piano 4’s effects include:

While its sound offering may seem unimportant–especially if you are just looking for something to practice the piano on–being able to play around with a variety of sounds sparks creativity and makes learning how to play the piano even more fun, which will help you to stick with your practice routine even when things get frustrating.

This Yamaha digital piano is currently available for $999.99.

The Yamaha Arius YDP-S34 is very similar to the other Arius models included in this article. The Arius line is marketed as a line of entry-level digital pianos, but the models in this line come with features that many other entry-level models do not offer.

This Yamaha Arius model comes with 10 onboard sounds. This is not a particularly extensive sound offering, but all of the sounds were created by Yamaha’s talented crew of sound engineers.

The Yamaha Arius YDP-S34 offers 192-note polyphony, which is more than enough to see you through the beginning and intermediate stages of your piano-playing journey.

The Yamaha Arius YDP-S52 contains ten onboard sounds. It’s sound offering is not all that impressive, but it has more than enough sounds to get you started.

Also, like the other Yamaha Arius models included in this article, the YDP-S52 has a Stereophonic Optimizer, which is sure to please headphone users.

Which of These Digital Pianos Is the Absolute Best for Beginner Piano Players?

I rank these eleven digital pianos as follows:

One honorable mention digital piano that I think is really, really worth considering if you’re willing to spend the money and truly get your biggest bang for your buck: The Yamaha P-515.  This is a portable digital piano that comes with an incredible array of features that will put some upright digital pianos to downright shame.

As you can see, the Yamaha Arius YDP-184R is the best option for beginner pianists. To recap, this digital piano has 256-note polyphony and 24 onboard sounds. If you are looking for an instrument that you can use as you grow in piano-playing skill, it is important to get your hands on as much polyphony as possible.

While 24 sounds does not sound like all that much, it is important to consider the quality of the sounds. There are certainly digital pianos out there that cost as much as the Yamaha Arius YDP-184R and offer more sounds, but you are sure to hear a high-quality sound every time you press this Yamaha model’s keys. Also, this digital piano’s split and layer modes make it possible for you to create unique sound combinations, which means that you can get much further with 24 sounds than you might think.

Although the Yamaha Arius YDP-184R is the winner here, these are the best of the best digital pianos on the market, so you are sure to love your digital piano no matter which of these eleven you choose! 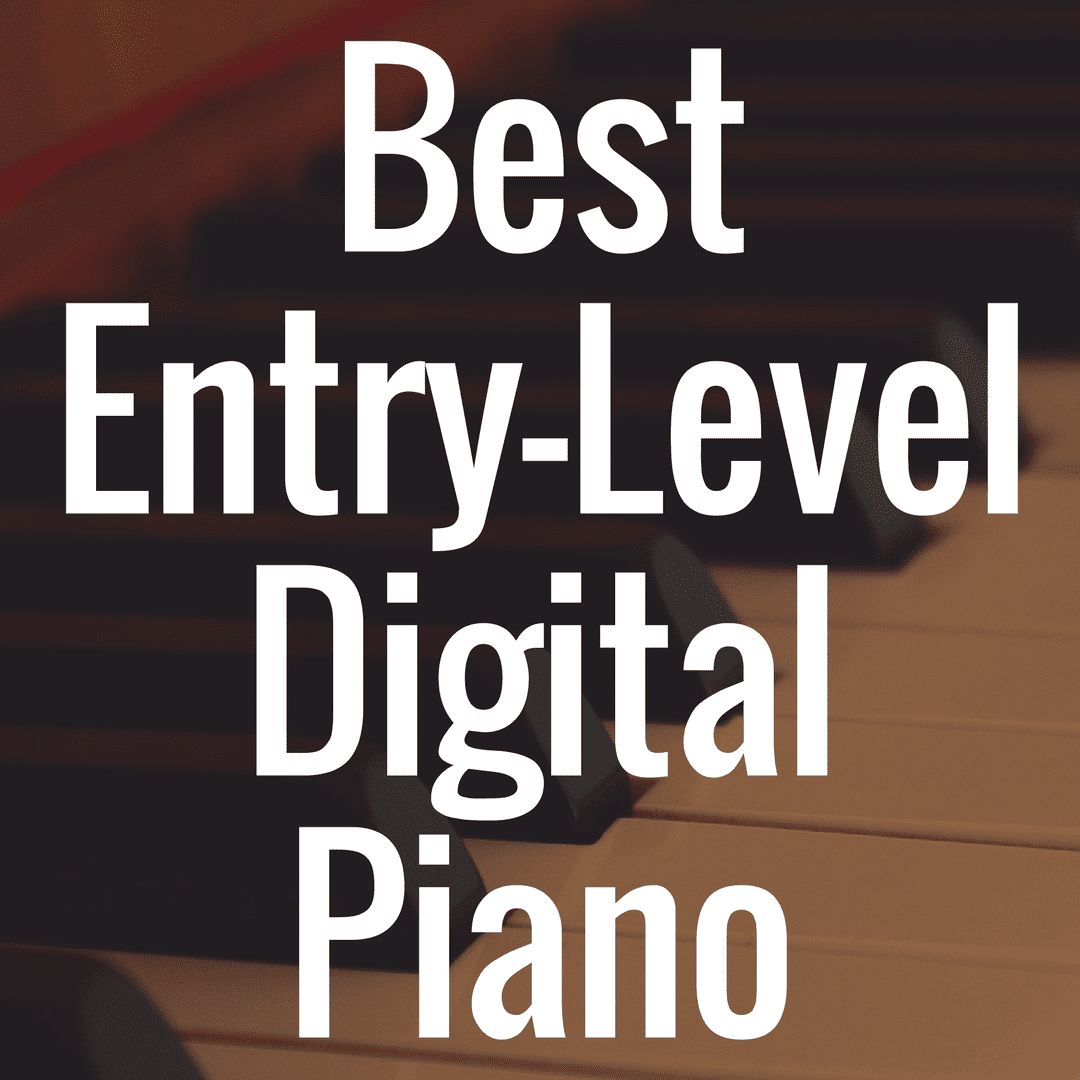 What’s the Best Entry-Level Digital Piano on the Market? 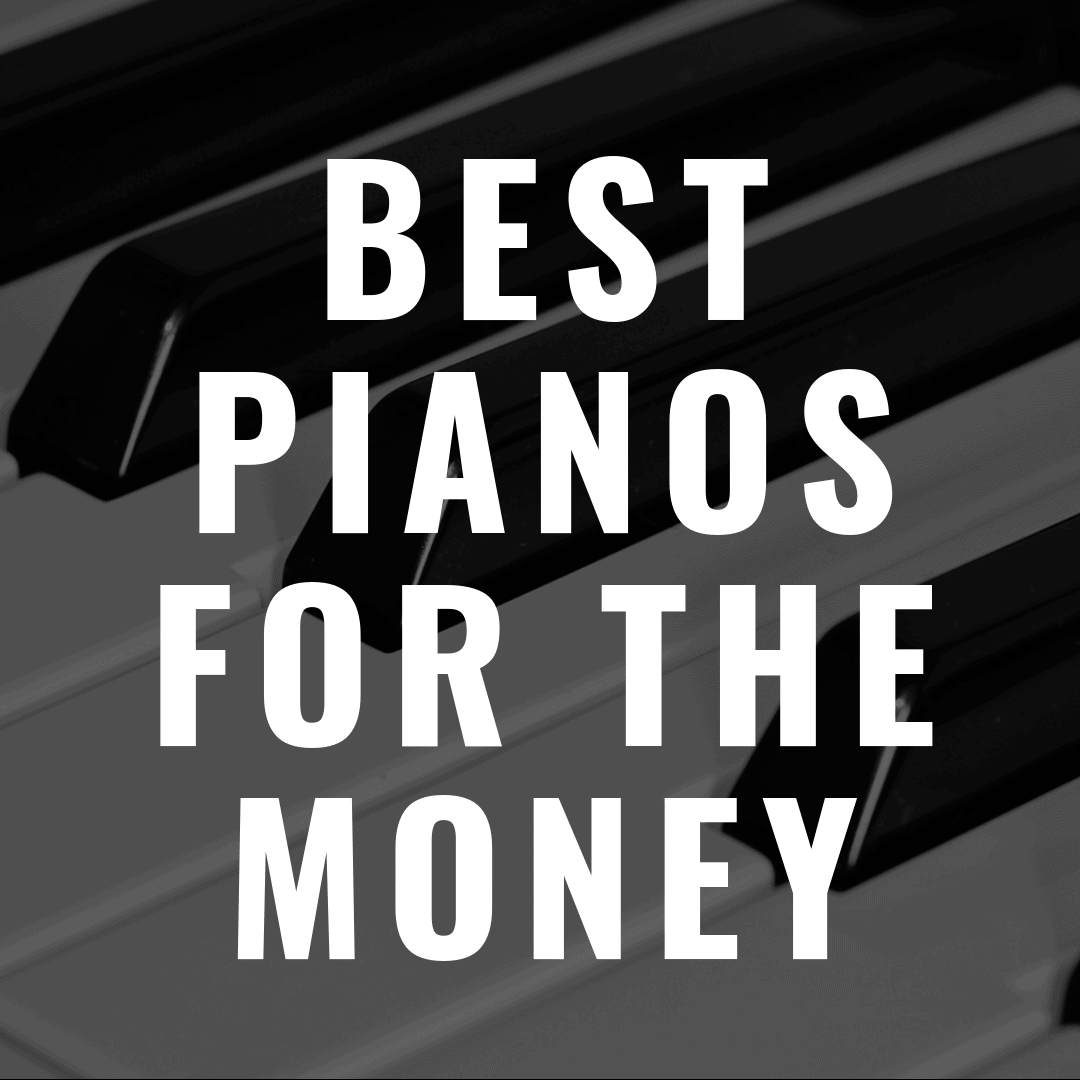 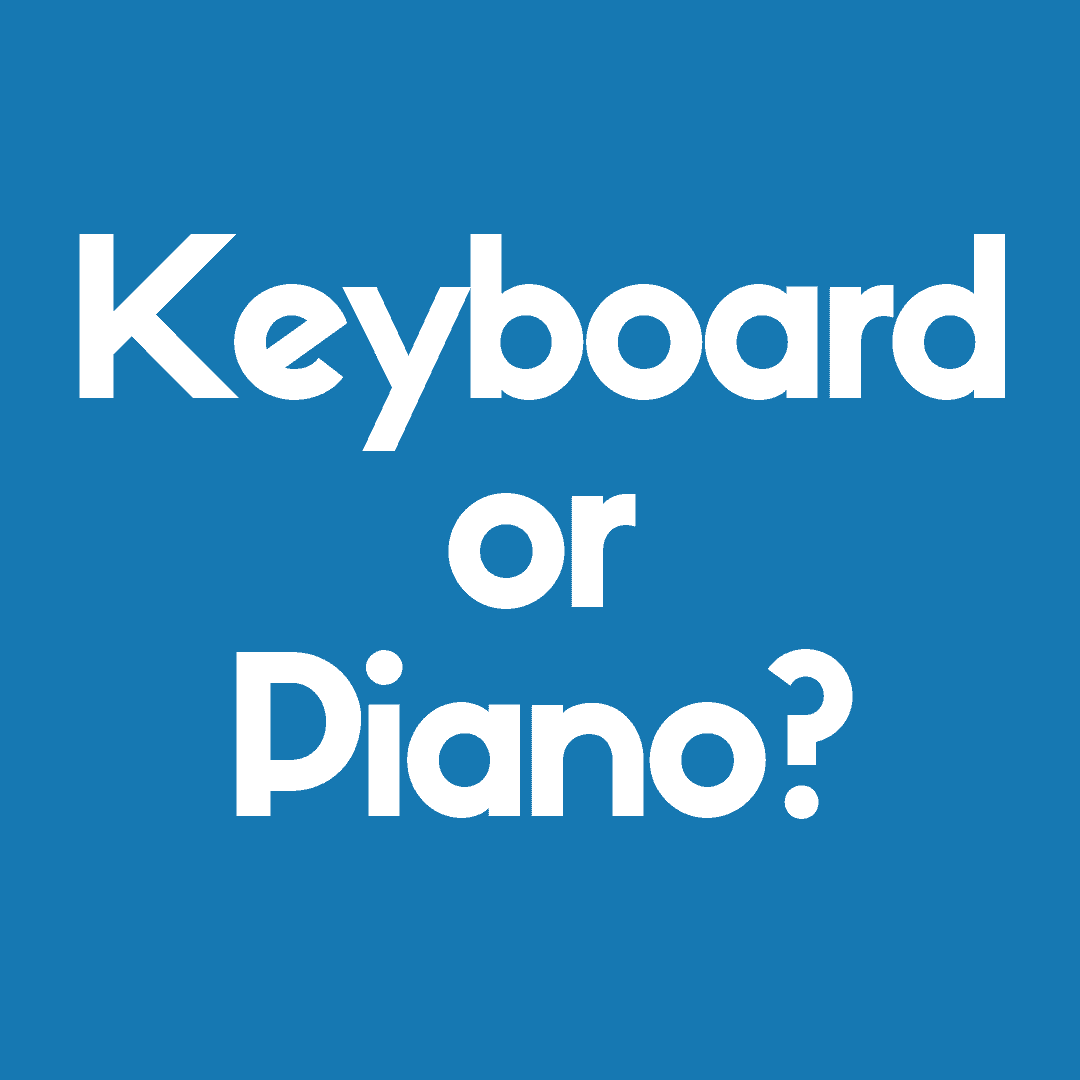 Keyboard or Piano for Beginners in 2019: Find the Best Digital Pianos Available 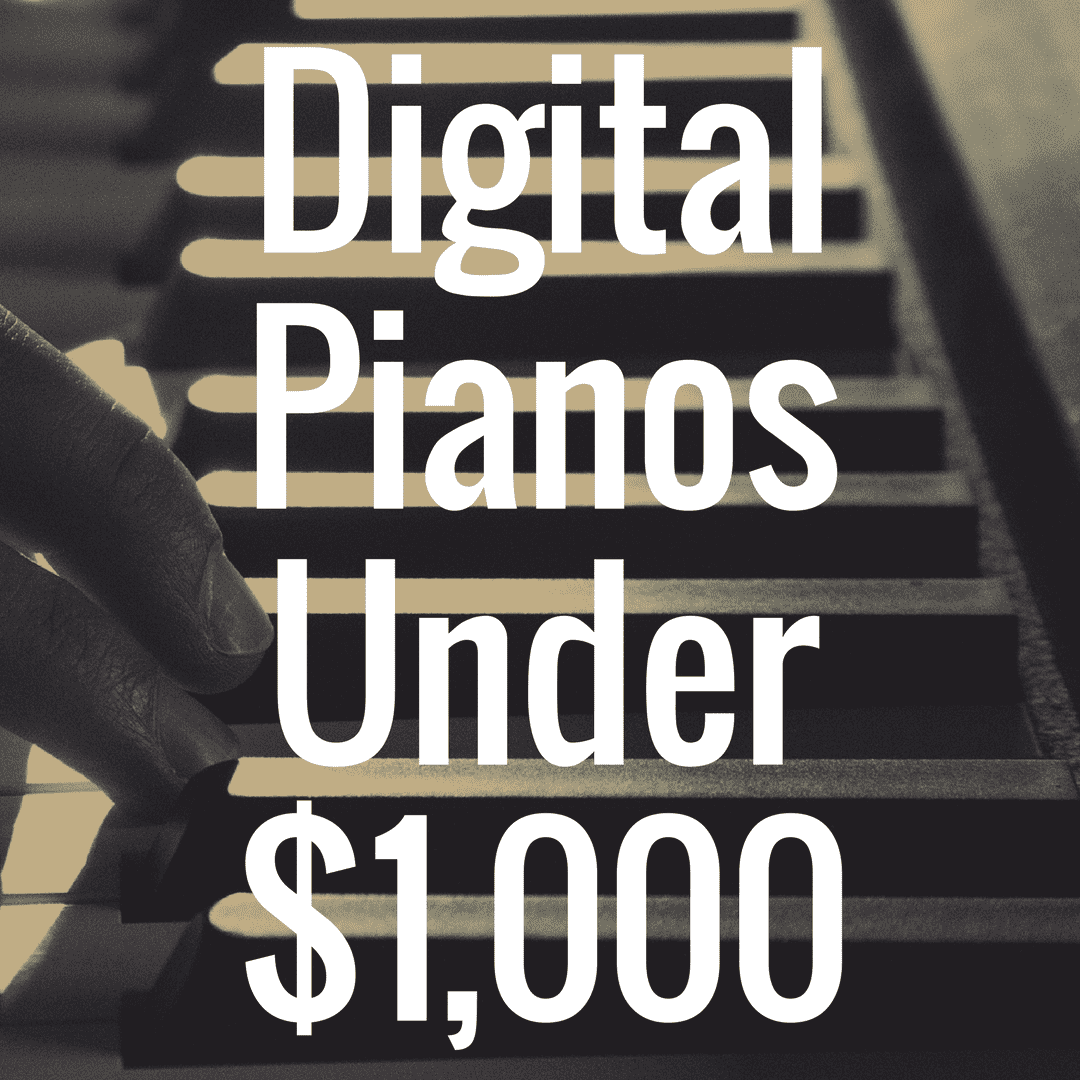