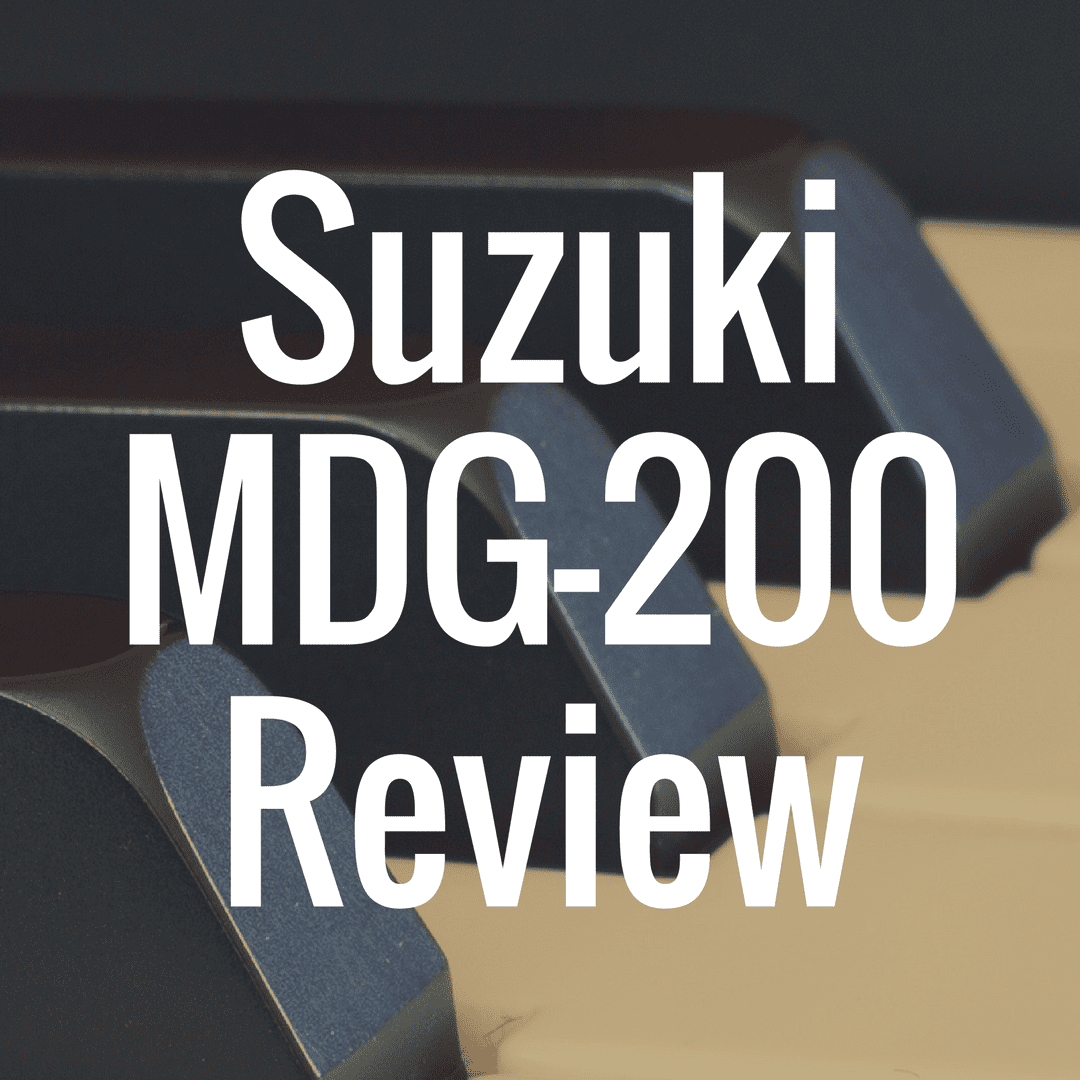 In the past few years, almost every manufacturer has created its own mini grand digital piano to satisfy an increasing part of the musical instrument market. And certainly, Suzuki is no exception to this rule. 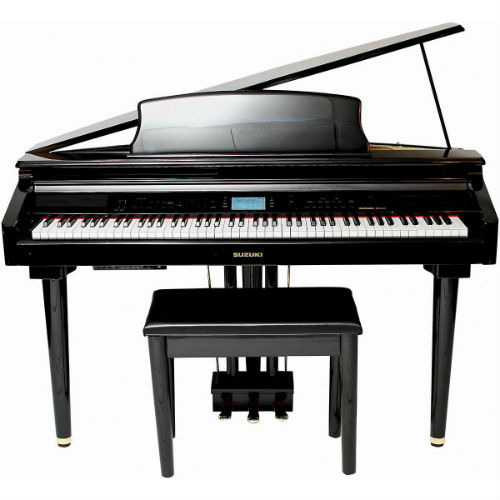 The company created several entry-level products as part of its cheap MDG-series, but the poor workmanship quality has unfortunately undermined all the efforts made by the Japanese brand to enter in this unique market.

The Suzuki MDG-200 is an evolution of the series’ first product called MDG-100, launched in 2010 and was later discontinued for various reasons.  Below, take a look at some of the more popular digital pianos on the market, and see how well they compare to the Suzuki MDG-200.

Now, the revamped MDG-200 from Suzuki ships with all the same (albeit limited) strengths and weaknesses of the previous model, unfortunately only providing users with minor updates to the instrument.

Of course, it’s clear that Suzuki does not aim to sell this product to professional players nor classical musicians, but rather to families and people that want an affordable, elegant and visually impressive piece of furniture.

So, is it worth it to spend $1499 to buy the Suzuki MDG-100? Well, as always, let’s dig deeper and begin with unboxing this instrument.

Suzuki MDG-200: What You’re Getting

The Suzuki MDG-200 ships exclusively in a pretty Black High Gloss hand rubbed finish, which gives the furniture a sense of elegance. But right after the unboxing you will understand that in most cases, the looks can sadly be deceiving.

The MDG-200 is made out of a 2′-5” deep piece of plastic furniture, which is of course very compact and suitable for almost any living room, even the smallest ones. As soon as you try to assemble the piano, you will notice how extremely fragile the cabinet and the included three-pedal system are.

Even the slowest and most delicate move makes the MDG-200 wobble, so imagine if you were ever to play with hard dynamics. The overall construction quality appears quite poor: for example, it’s easy to get the key-cover lid stuck if you’re not careful while sliding it up.

The Suzuki MDG-200 interface includes two sliders on the left side, helpful for managing the Master and the Accompaniment Volume. There is also room for the Transport buttons, as well as for the Tempo, Harmony, Split and Layer modes. There are ten sound categories to choose from, and also a built-in recorder.

A big display is set at the center of the chassis and shows all the information about the selected sounds or rhythms, along with the complete notation that is being played live. On the right side, we find a data wheel for changing the values, the Transpose and Effects sections, plus several buttons to manage the 2-part Song mode.

The front SD slot allows users to insert a card and record songs, create a personal media library or listen to the 80 included tunes. The piano has even a built-in Bluetooth accessory to connect the MDG-200 to your mobile device, and a USB port that transforms the Suzuki digital piano into an Audio/MIDI interface.

Below, check out some of the best selling digital pianos currently on sale at Amazon, and see how well they stack up to the Suzuki MDG-200:

Despite some really interesting features that make the Suzuki MDG-200 a true all-in-one digital entertainment product, the piano fails in its most important aspects, such as the sound and the graded hammer action keyboard.

While no doubt featuring weighted keys, the keyboard is unfortunately features a noisy 88-key plastic keyboard, with sound that comes across as being a bit “tinny.” This is of course not recommended nor ideal if you are attempting to learn the piano for the first time, due to an absolute lack of dynamics and expressivity.

Despite a decent 64-note maximum amount of polyphony, sometime you’ll notice too many dropped notes, especially while pressing the sustain pedal. Of course, depending on what you’re playing (specifically, how complex the pieces you’re playing), this is either something that you’ll notice from time to time and will become frustrated by, or will simply never, ever notice at all. 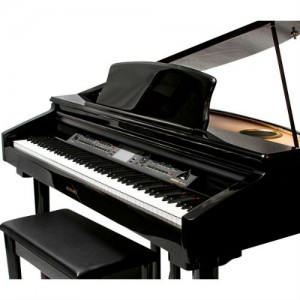 These three products are derived from the same architecture of the MDG-200, but are obviously bigger and less convenient than the entry-level model. This happens because despite the addition of few improvements (such as a doubled polyphony of 128-note, a powerful sound system and a color LCD display), the MDG-200 and its big brothers are basically the same.

While the hammer action keyboard mounted on the superior models is actually slightly better than MDG-200’s, the sound engine still remains similar and the overall piano experience doesn’t quite match that of its competitors (although, this admittedly subjective and will differ among everyone’s personal experience and opinion).

So if the MDG-200 isn’t for you, are there any other options? Well, yes, there at a handful of instruments worthy of your consideration.

So, if you’re looking for a more realistic piano experience, a true grand piano sound and a natural graded hammer weighted action keyboard, well, you might have to look outside the Suzuki family.

Of course, if you can pass on the grand piano-style furniture, there are plenty of entry-level solutions available for a much lower price than the Suzuki MDG-200’s, such as the Yamaha’s P-45, P-115 and P-255 models or even the new Kawai ES-100 digital piano. You’ll however need to buy the matching stand in order to use those pianos in order to turn term them into a more elegant piece of furniture.

If you want to buy a true upright digital piano, you should really consider something such as the $1299 Roland F-130R or the $1349 Yamaha Arius YDP-S51B models.

By choosing one of these products, you’ll get superior piano sound, a killer graded hammer action keyboard and lots of entertainment features that would allow you to both practice and play for fun.

Unfortunately, there is not much fun in playing the Suzuki MDG-200, even if you are a beginner or an amateur piano player. This mini grand piano has too many flaws, although depending on what you want out of your piano, you may be willing to overlook the shortcomings.

Sadly, it appears that the cabinet is a little weak, the keyboard a bit too noisy, and the sounds are tinny. If this was a cheap instrument, it might be recommended that you go for it. But given it’s price range, there are probably a few other instruments that you can consider first.

Below, please take a look at the MDG-200 in action and judge for yourself if you’d prefer to pursue another piano, or if perhaps you feel this is worth your money and fits your skill set and needs: 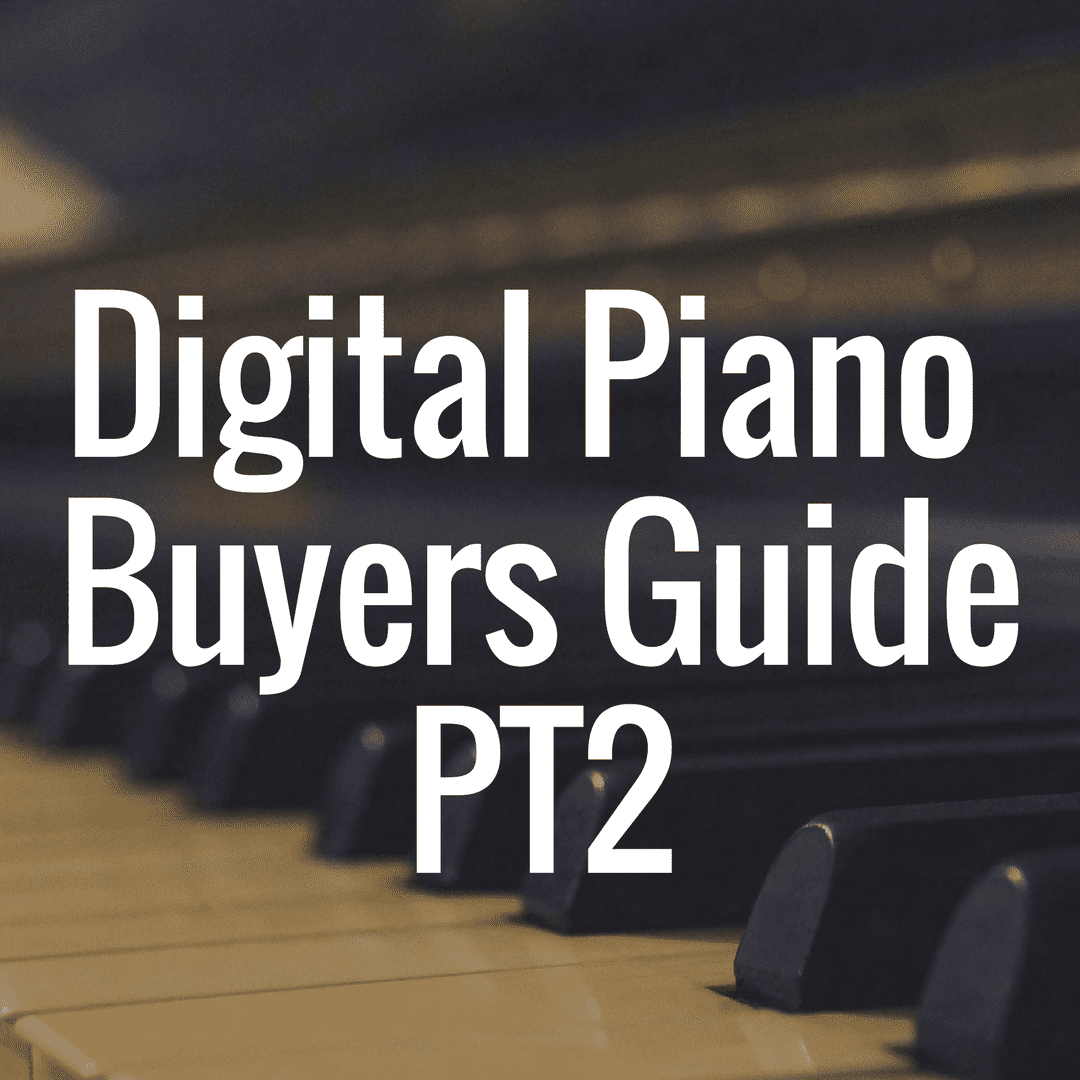 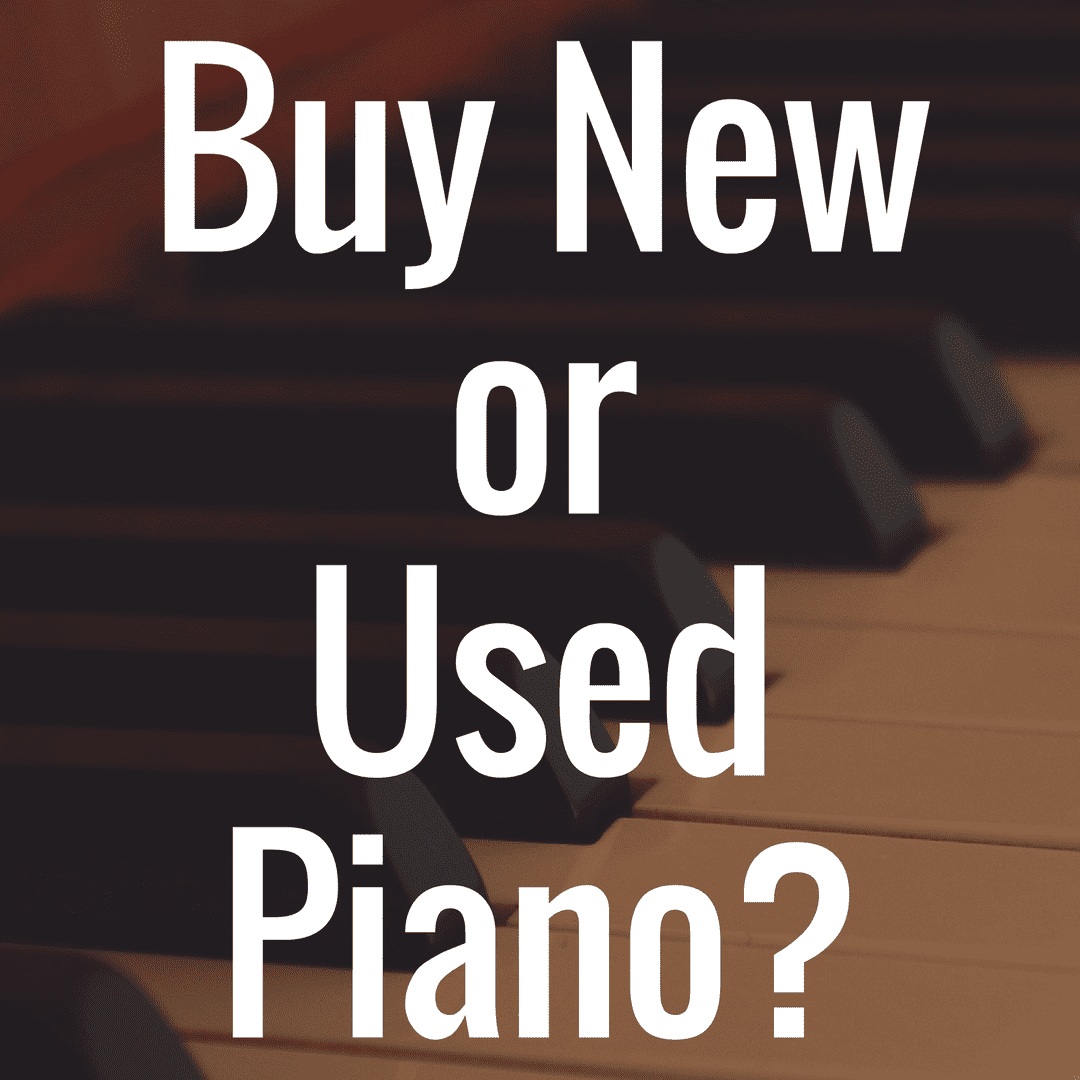 Should I Buy a Used Digital Piano or a New One? 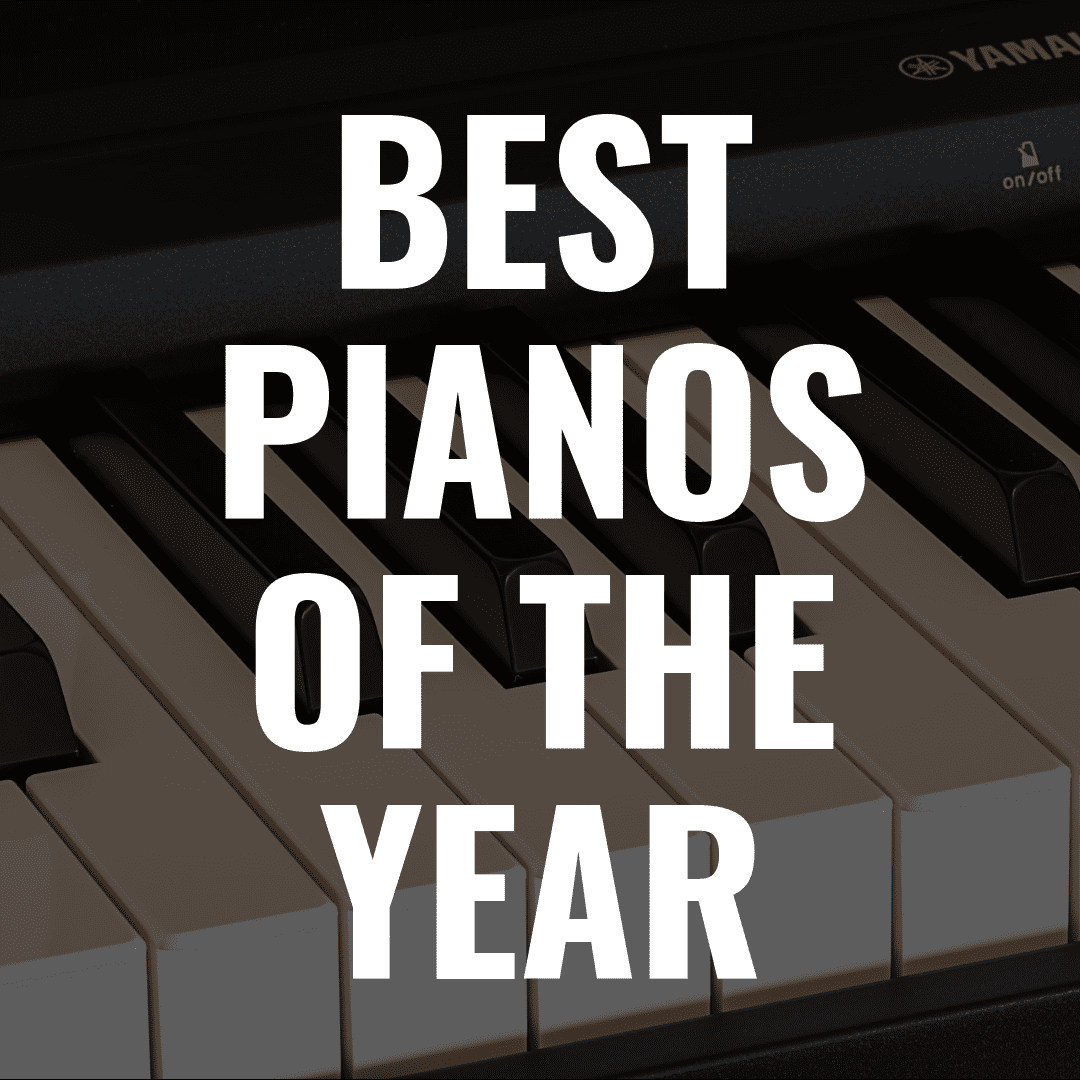 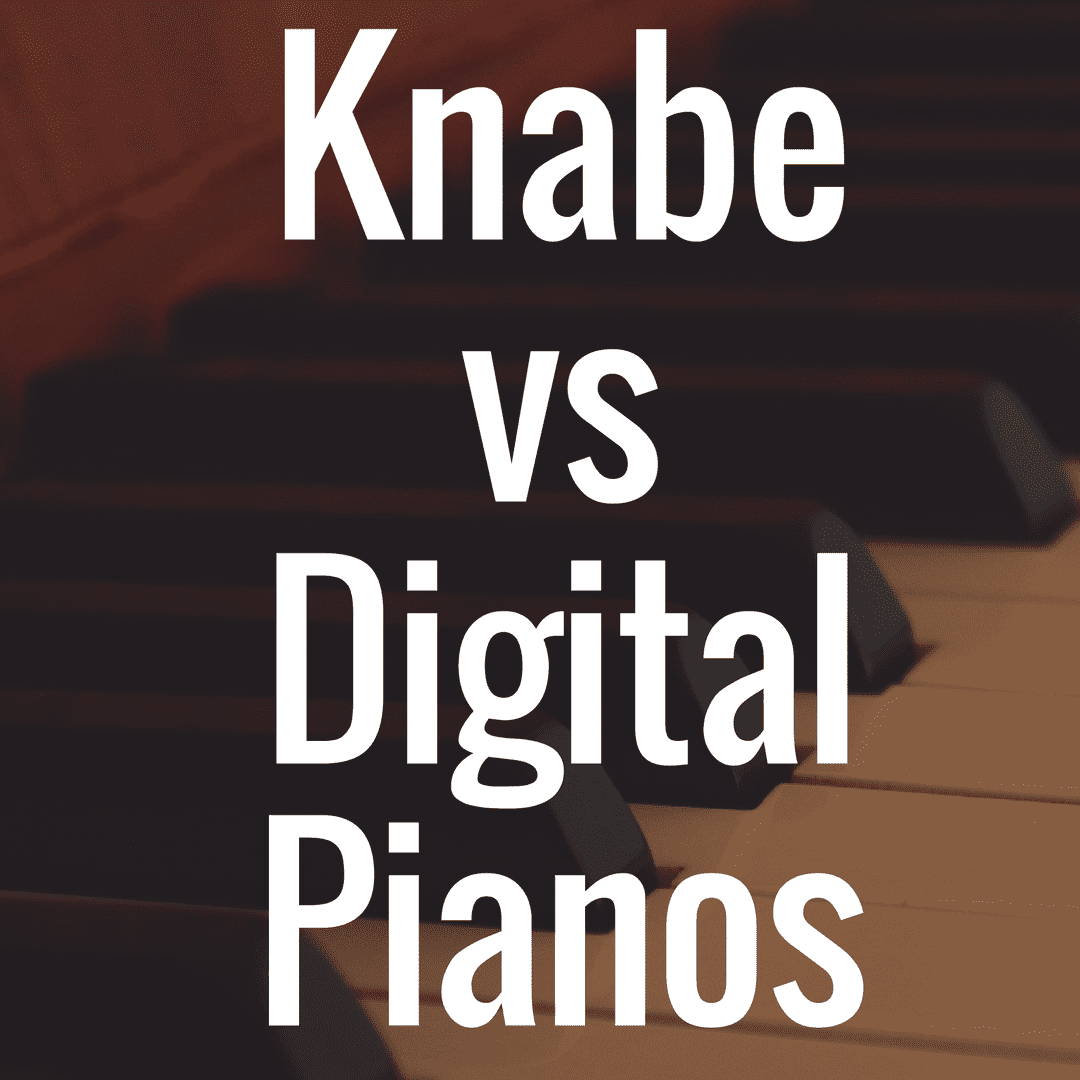