Roland is a name that one immediately associates with quality as far as electric keyboards are concerned, and the FP30 doesn’t disappoint. For the price, this has to be one of the best digital stage pianos on the market.

I’ve owned an earlier, now discontinued model (the Roland digital piano FP3) for many years and it’s provided great reliability and many hours of blissful playing. The FP30 features super-realistic piano and electric piano sounds, a powerful internal speaker based on the underside of the unit that filters through an inconspicuous vent at the back edge of the instrument, and a really fantastic play and feel that feels pianistic, super-responsive and is great fun to play.

Being a stage-piano, there is more attention given to portability and play-feel than aesthetics with a basic design in either white or black. There’s an optional stand and pedal board accessory, which offers the functionality of a more permanent instrument, suitable for the studio. The stand isn’t much to look at, but, for the price, this is a great instrument.

Below, we please view the interactive guide which allows you to directly compare the Roland FP30 to some of its competitors on the market.

Before we begin discussing the play and feel of the FP30, here are some of the instrument’s noteworthy features.

Play and Feel of the FP30

In my opinion, Roland trumps the competition for play and feel every time and this is no exception. There’s a real lightness of touch and a true pianistic bounce to the keyboard that makes the FP30 a total joy to play.

The equivalent Kawai stage piano, the ES110, has a comparable feel, a pretty comparable build quality and is lighter in overall weight than the FP30, so it may be a more obvious choice for the gigging musician.

But the weight of the keys is second to none with the FP30, far exceeding Yamaha’s “Graded Hammer action” technology which has a generally unrealistic key-off feel. The equivalent Yamaha (the P115), again, is pretty comparable in most aspects, but the FP30 beats them all, I think, for both play-feel and sound.

The weight of the keys on the FP30 offers a real sense of dynamic control that gives you the impression that you are sitting at a genuine piano. However, this accurate weight comes at a cost to the overall weight of the instrument—and this is where the Roland loses ground to the lightweight Kawai ES110.

Below, please take a moment to view some of the best-selling digital pianos currently on sale, and then see how well they stack up to the Roland FP-30.

As with all Roland digital pianos, the sound is excellent – truly dynamic and packed with genuine pianistic character. They use their own SuperNATURAL piano sound engine that incorporates multiple dynamic sampling all the way across the full expanse of the instrument.

One of the big differences in Roland keyboards is that the touch sensitivity is directly linked to the sample triggered. Yamaha, for example, often use the same pitch sample triggered at a lower or higher volume according to the weight of the play. However, the acoustic color of a softer or harder played note is different in an acoustic instrument—the overtones and acoustic harmonics are different, so it’s not just a case of louder or softer, it’s a case of subtle changes in the character of the note.

You could say that many of these additional harmonics are not necessarily discernible by the human ear, but they add to the recognizable character of the sound. A softly played note on the FP30 triggers a softly played note from the sample library – not just a generic sample of the pitch played more quietly. This all provides genuine realism to the sense of play. Each pitch has 5 levels of sample, offering a real sense of dynamic control.

The instrument benefits from an on-board speaker system which it’s predecessor, the FP3, lacked. This was always a non-sensical omission as far as I’m concerned. The speakers really drive the sound and give the musician the option of traveling lighter without a PA, depending on the venue. It has 12cm speakers which is plenty to fill a room, capable of around 102db. If your gig is the “background” type, then the on-board amplifier will suffice.

There are 6 piano sounds, 7 electric piano sounds and 22 “other” sounds that include strings, pads and other quirky (but probably fairly pointless) “fun” sounds.

Piano Sounds on the FP30

The default piano sound (Grand Piano 1) has real clarity of tone, both warm and bright, that has the ability to cut through a large room. This would be suitable for quiet tinkling in the background of a restaurant – at a low volume, this would still be heard without being obtrusive. At a high volume, it has clarity across the frequency spectrum with a focus upon both the higher and lower end, complementing the mid-range frequencies of a guitar.

There are 3 separate Grand Piano sounds, but each have a clarity and a warmth that sets them apart.

The electric piano sounds are beautiful – with a selection of genuine-sounding Fender Rhodes that would suit any funk band. The electric piano sounds include Vibraphone and Celesta (which both have their places in a live band set-up) as well as the curiously titled “Synth Bell” which has all the charm of a doggedly relentless doorbell which immediately sets your teeth on edge.

There are a selection of strings and pads which are warm and dynamic, but I always wonder how useful these are in a stage piano with such a clunky voicing interface (more about that in a moment). Additional sounds include various choir sounds, a bizarre Jazz Scat that I simply can’t imagine a practical use for and convincing electric and acoustic bass sounds.

There’s a strangely jarring voice interface that, I feel, make these additional sounds a little redundant – if you were to require a pad for the atmospheric opening of a number and then swap to a Fender Rhodes to fill out the groove for the main body of the tune, you need fast access to the sounds and the interface is a bit clunky and overly simplistic. You can layer sounds – combining piano and strings, for example, which is a fun feature that might only be useful where the requirement is to sink into the background.

The keys are the same synthetic ivory as higher end Roland digital pianos, making them pleasant and tactile to the touch. The body of the instrument is a durable plastic case – the FP3 was a wooden and metal case that made it feel considerably more sturdy, but the FP3 is also like carrying around a case of cement. While the FP30 comes in at just over 30 lbs (14kg), it feels sturdy enough to stand-up to the inevitable hard knocks of the gigging musician.

There are 1/4 inch and mini-jack outputs for headphones, which is a really handy addition. And 1/4 inch output LINE connectors for connection to a PA.

The optional stand and pedal board are functional and would make this a great addition to a studio set-up. The stand looks a bit flimsy but is fit for purpose and the foot pedal board offers a soft, a sostenuto and a damper/sustain pedal. Despite the stand being functional, make no mistake about it—this is not a beautiful piece of furniture like a high end Clavinova or the Roland LX series.

There are 8 buttons on the top panel of the instrument, just above the keys. The buttons light up when pressed, so it’s easy to see which sound is being played. The volume key has a 5 light gauge indicating the volume of the overall instrument, which is quite handy.

There are 3 “tone” buttons that allow you to choose between Piano, Electric Piano and “Other”, and a “Split” button that allows you to play two different instrumental sounds with the keyboard split down the middle.

Similarly to the ES110, there is no digital display for this instrument, which I do think is quite an oversight. Access to the various additional sounds are reasonably easy to access by holding down the appropriate button (Piano) and playing the assigned note at the bottom of the keyboard. This is better than the super-clunky interface for the ES110, where you press the Piano button eight times, for example, to access the Fender Rhodes sound.

The connection set is a little limited here. There is no 5 pin DIN MIDI connection but this is an outdated system anyway, only really useful for connection to vintage equipment. If you really need to connect to pre-USB MIDI equipment, you can buy connector adapters.

There is USB MIDI, which is the standard these days, allowing you to connect to a DAW so that you can use the FP30 as a slave to the endless possibilities of a studio set-up. The Bluetooth facility allows you to connect to iOS apps such as GarageBand, using the FP30 as a MIDI controller for the app’s on-board sounds, which wirelessly beam through to the instrument’s speakers. This is certainly impressive functionality for the price point. All of these facilities are also available on the Kawai ES110. The foot pedals (if you purchase the optional stand and pedal-board) can act as Bluetooth page turners for sheet music apps which is a great addition.

All-in-all, the FP30 is a great instrument. For the price, you get a huge amount of functionality, none of which would stack up if the sound and the play-feel weren’t so fantastic. This is a great choice for the gigging musician, but also a great instrument to learn and practice on if you purchase the optional stand and pedal board.

The feature set is so similar to the ES110 that I think it would come down to personal preference at the end of the day. The ES110 is lighter and, possibly for that reason, would be a great buy for the musician that’s always on the go. However, the feel of the FP30 is superior, I think, and most gigging musicians want an instrument that would offer a genuine response and, in that case, the FP30 wins hands down for me. 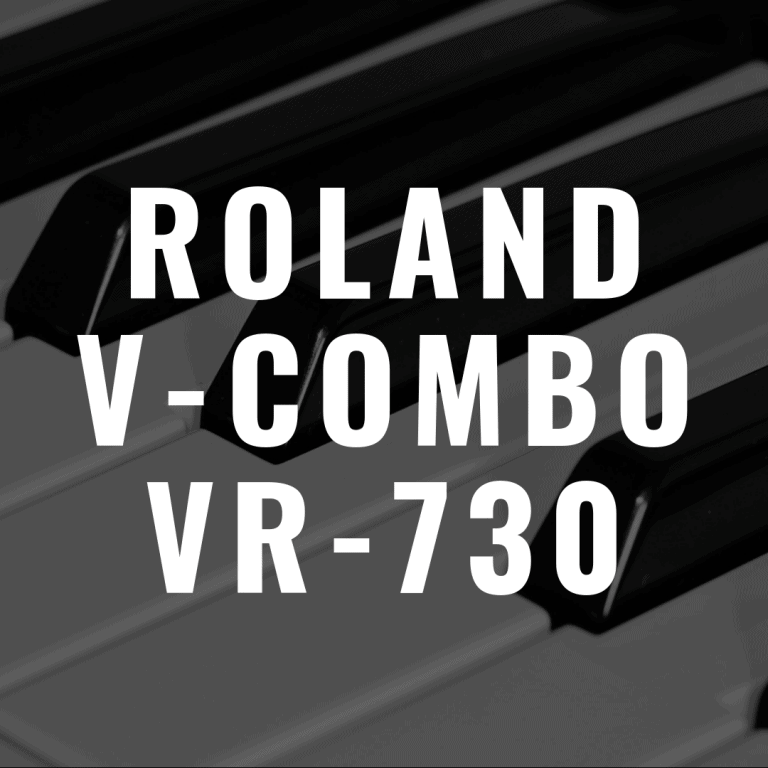 The Roland V-Combo VR-730 is a live performance keyboard, so it is geared toward those who are currently performing and… 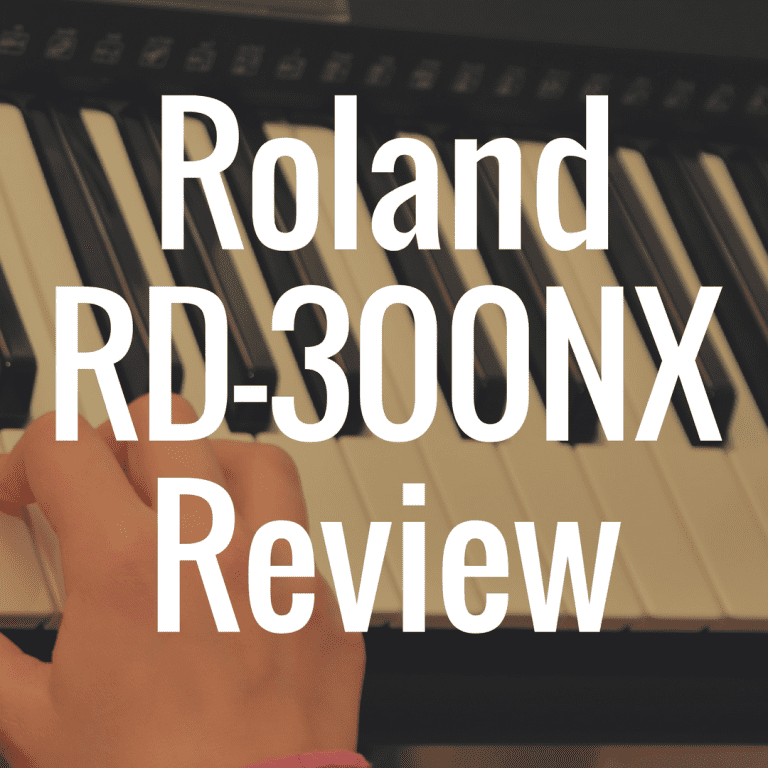 Roland made quite a stir in the digital piano industry when they introduced the RD-700 NX. The RD-700 NX was… 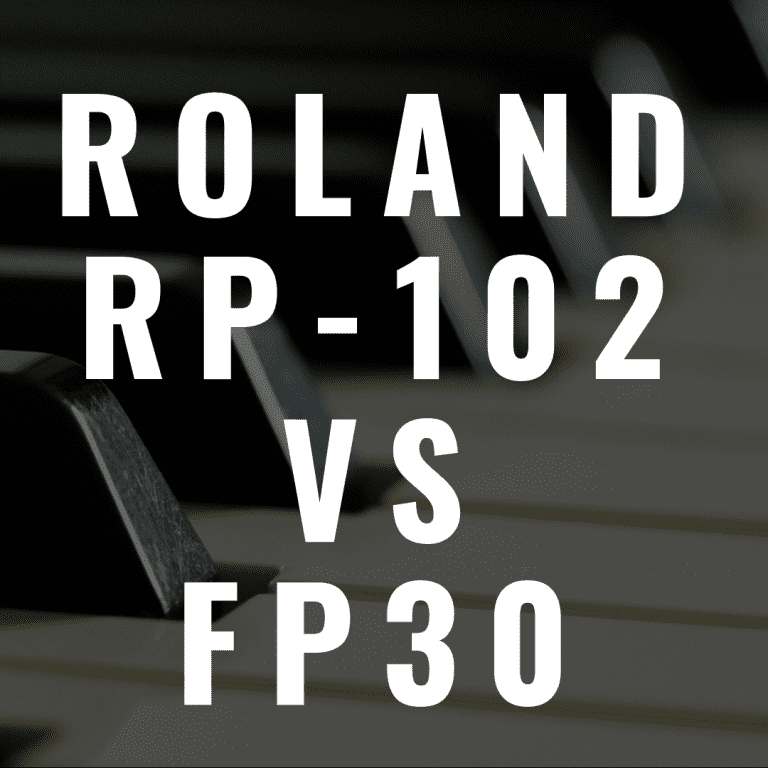 Roland is a name and brand synonymous with keyboards and digital pianos. Going back to the year of 1972 –… 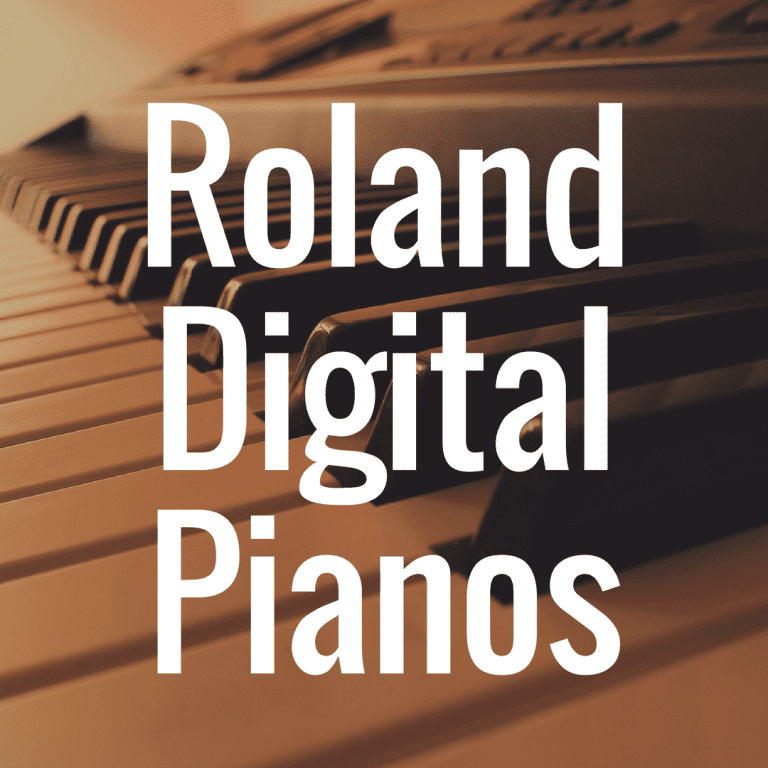 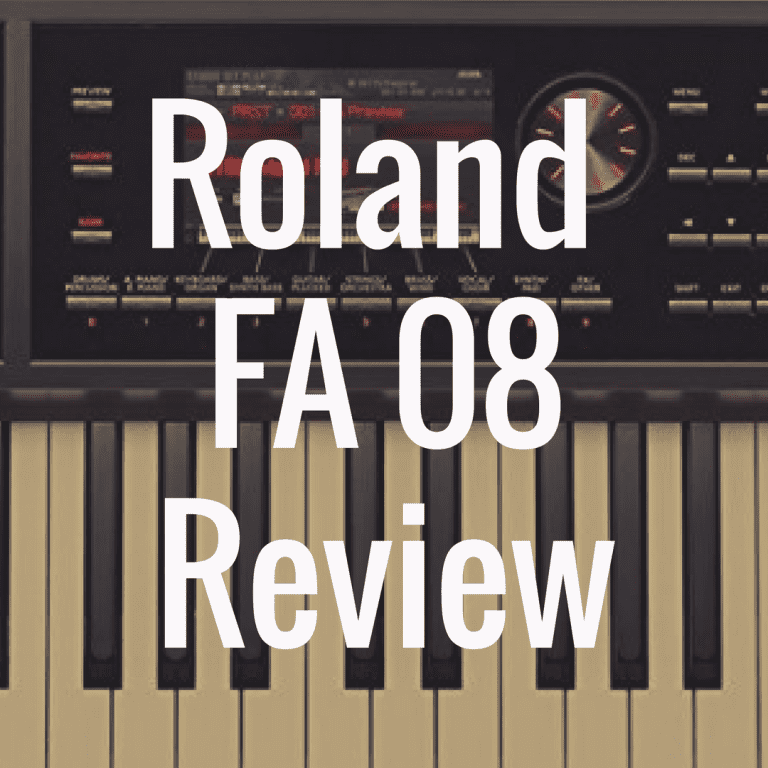 For years and years now, Roland has been a monolithic name in workstation synthesizers, putting out product line after product… 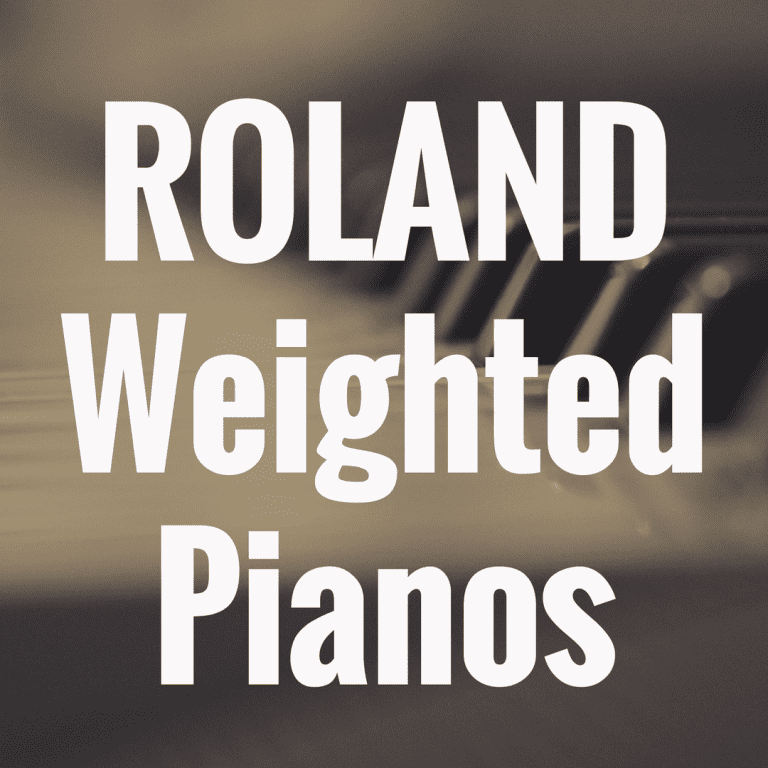