There was a time when the word “Nova” struck a sense of wonder & awe into synth players’ minds, and the very notion of the Supernova and Supernova II synths made them go absolutely bananas. These products are about as legendary as they come, and some would even say they were the pinnacles of hard synth function during the late 90’s and early 2000’s.

It’s been quite a while since that time, though, and today, Novation has a slightly different relationship with the synthesizer keyboard market. In 2007, they released the quirky, unassuming XioSynth, which for all of its charm, was decidedly not a Nova synth. Fast forward to 2011, though, and Novation completely changed the game yet again with the arrival of the long awaited UltraNova synthesizer. This represented a return to form for the company, whose acquisition by Focusrite had shifted the company’s focus temporarily towards keyboard interfaces and MIDI controllers.

In this article, we’re going to review the Novation UltraNova to help you better determine if this is a synth that’s worth your time and money—especially when there are so many options available on the market today.

So, let’s get started.  And to begin, below, please take a moment to view our interactive table where you can compare the Novation UltraNova to other notable synthesizers on the market:

One of the things that immediately struck me about this synth is the fact that Novation included an edit button for all of the parameters included on the synth. Oscillator, mixer, filter, LFO, envelope and more all have their own buttons, making this compact and clean layout that much easier to navigate mid-phrase.

Seriously, adjusting most major functions is never more than a few button presses away, and you can even customize this functionality even further by utilizing the “Tweak” button to set custom parameters of your own choosing. I’m confident that the possibilities here for live performance would be nearly infinite in the right hands.

What’s more, all of the control knobs on the UltraNova have adapted the skin-sensitive touch control of earlier products like the Nocturn, allowing you to tap the knobs to enable even more control over the sound you are auditioning. The only downside to this that I found while playing the synth is I was unable to find a “latch” mode for the knobs, meaning every time I let off the knob, the effect went away.

Perhaps I just missed this function, but if not, it seems like a slight oversight.

As for scrolling through the interface and auditioning the various sounds themselves, you have a data dial and a patch browser that neatly sorts out the different patches by genre and type. There is also a downloadable Librarian expansion that I didn’t get to try, but apparently it makes organizing sounds to your liking a breeze.

And what’s better, is completely free.

The UltraNova sports a healthy set of connections for it’s size, and for most users, all of your needs will be covered by what’s available. There’s a 2 in, 4 out interface, an XLR jack, a USB, pedal sockets, output cables and more. I ran the entire synth through Pro Tools and everything sounded great during my playtest.

The best part of the UltraNova is that it doesn’t try to be the Nova’s of old; it iterates on them, and in many ways, improves some of the fundamentals in its design. There are several different key elements to the synthesis engine within the UltraNova, all of which combine to create some truly impressive offerings to those who like to go deep into this process.

Let’s break it down by feature:

There are a total of three oscillators offering modeled analogue waveforms including triangle, sine, sawtooth, combos and more, and each of these can be customized and layered together. I suppose this is the best time to break it to you that there is no multitimbral functionality on the UltraNova; an annoying omission for some I’m quite sure.

Many synth players are very accustomed to being able to play two different sounds with their hands, but I think the level of depth and control over the oscillators themselves will help alleviate this pain for many.

All time-based sounds in the UltraNova can be synced to an internal or external source, including the LFO’s, delays, arps, choruses, panning and gator effects. What’s really cool here are the wide variety of rhythmic divisions available to play around with here. There’s no tap tempo to speak of, which definitely isn’t ideal, but when you start breaking the divisions into one of the many out-of-left-field timings (three cycles per ten bars, anyone?), it’s easy to get lost in the creative possibilities.

The matrix on the UltraNova offers a stunning degree of sonic flexibility with up to 20 slots, each able to include two source settings like envelopes and LFO’s and a destination. Three LFO’s and 6 envelopes are available to choose from, again creating opportunities for sonic shenanigans.

The duel filters on the synth can be organized in parallel, series, of split entirely. There are 14 types that cover a swath of the sound field between 6dB and 24dB, per octave. If you are trying to emulate a particular sound, this will easily become your next best friend.

The vocoder offered within the UltraNova is one of the best I’ve played with in recent memory, and for good reason; the quality of the included gooseneck mic sounds good for what it is, and you have the option of replacing it with a mic of your choosing through the XLR port on the rear of the device.

You can map your voice to any of the included presets in the synth, making for some instantly awesome combinations. I had a bit too much fun with this for quite a while.

For all the UltraNova’s strengths, it isn’t alone in its price tier, nor is it alone in terms of features and ease-of-use. I found a lot to love about this synth, but there are certainly a bevy of options from massive competitors that also deserve to be considered.

Let’s take a look at a few of them below.

The Roland Gaia has long been touted by many as the perfect synth to take your first deep dive into synthesis, and for good reason. It ports an incredible UI with a wide array of features that are laid out in an intuitive, functional way.

There’s a near one-knob-per-function ratio going on with the Gaia, which is the main reason so many tout it as a great learning synth. However, if it comes down to feature set, the UltraNova simply has the Gaia beat. The combination of analog modeling, wavetable synthesis, modulation matrix, aftertouch and deep sound design come together to create a product that simply surpasses what the Gaia is capable of doing out of the box (and for those looking for that sort of functionality, the choice will be clear; the UltraNova is the way to go).

However, if you’re looking for an incredible synth to learn the ins and outs of sound design on, the Gaia has real value in that respect.

Korg’s offering in this space is quite similar to Roland’s in many ways. It has a lot of the same core functionality, and the included sound banks are rather similar as well, from what I can tell.

As for how it compares to the UltraNova, because of these similarities, a lot of what I said about the Gaia applies here as well. The MicroKorg still can’t compete with the UltraNova spec-for-spec, and as such, Novation’s offering is still the best choice for those looking for an advanced product.

However, one area that I feel the UltraNova falters a bit is one of the areas the MicroKorg does so exceptionally well; the arpeggiator. While the UltraNova’s arp is serviceable, there isn’t anything really special about it’s preset modes and variations. There’s the usual variety of up/down, random, chord and as-played modes to choose from with various variables included for each, but nothing really that isn’t standard fare at this point.

On the other hand, the MicroKorg allows you to adjust the actual lengths and resolutions of the notes themselves – a small addition, admittedly, but one I had quite a bit of fun with.

Overall, this is another synth that would be great if it was something you were looking for specifically, but other than a handful of niche-reasons, the UltraNova still wins the day.

Finally, we arrive at the UltraNova’s little sister, the Novation Mininova. Novation essentially took the majority of the larger products features and crammed them into a smaller body.

The tradeoff? Small keys, a bit less creative options with controls, and no audio interface.

While these might be deal breakers, there’s plenty to love on the MiniNova, from an updated arpeggiator to a more intuitive and playable live setup.

All in all, the two products share the same synthesis engine, the same presets, the same wavetable synthesis—all of which make up the core of the products. What it’ll really come down to is how you want to use the synth that will make your purchasing decision clear.

No matter how you look at it, the UltraNova is an exceedingly impressive synthesizer.

The quality of the sounds on display, the rich feature set and the adaptable playability sets the hard synth apart from its competitors, and will allow it to do so for many years to come.

The levels of complexity to the synthesis engine will be enough to keep the die-hards busy for a long while, but aren’t so massive that beginners feel overwhelmed or left out. There’s a nice balance that exists there, and I think that’s a feat all it’s own.

At $699, the Novation UltraNova packs more value and depth into it’s bright-blue enclosure than just about any other hard synth I’ve ever seen. This synth builds upon Novation’s storied history; Novation has built some of the most popular synthesizers of all time, adding new and innovative functionality and design elements that take the company’s hardware synthesis efforts to the next level.

And finally, here’s a quick summary of what we think are some of the noteworthy Pros and Cons of the UltraNova: 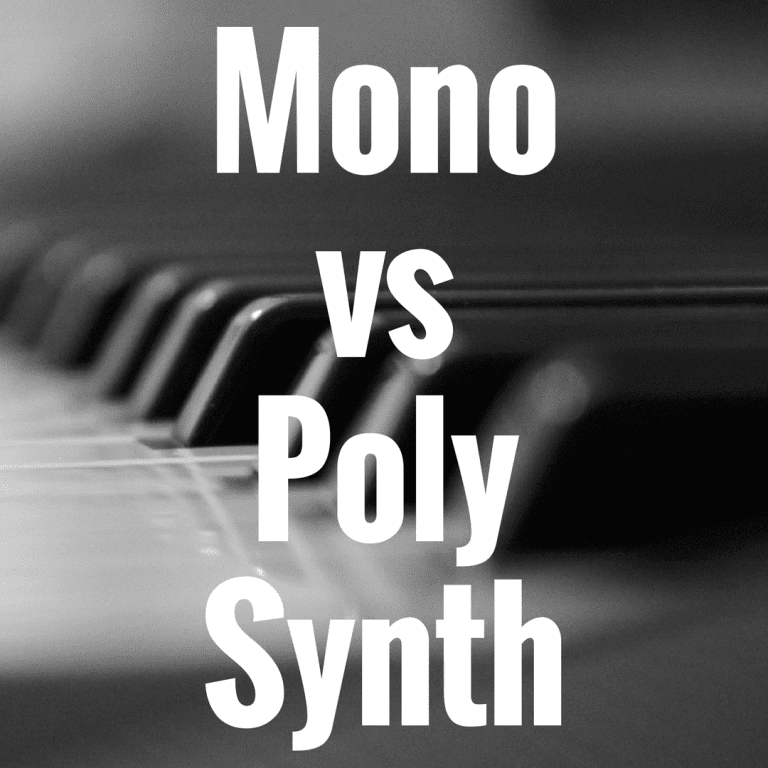 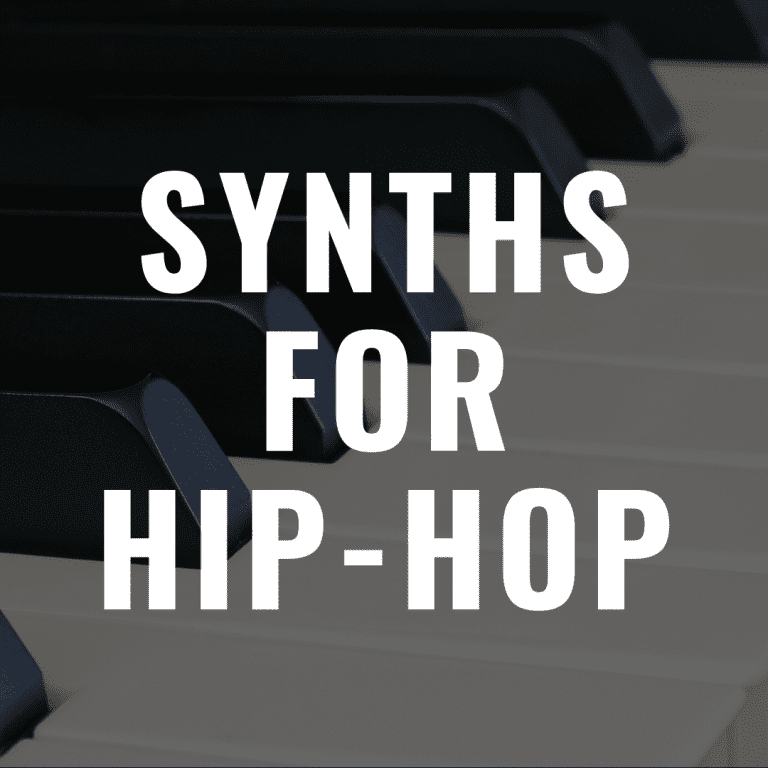 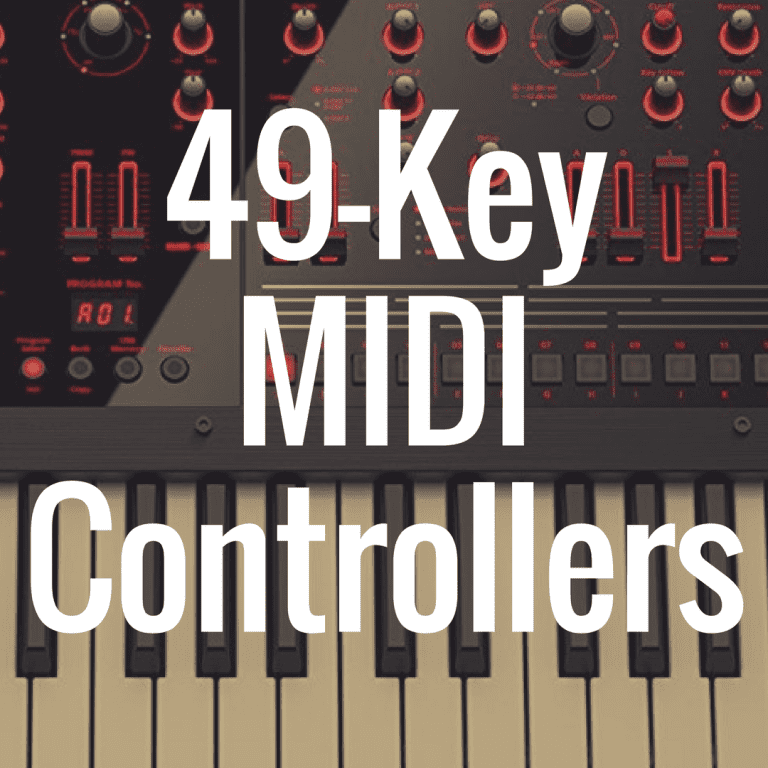 In this article, we’re going to examine a wide variety of 49-key MIDI controllers to better help you determine which… 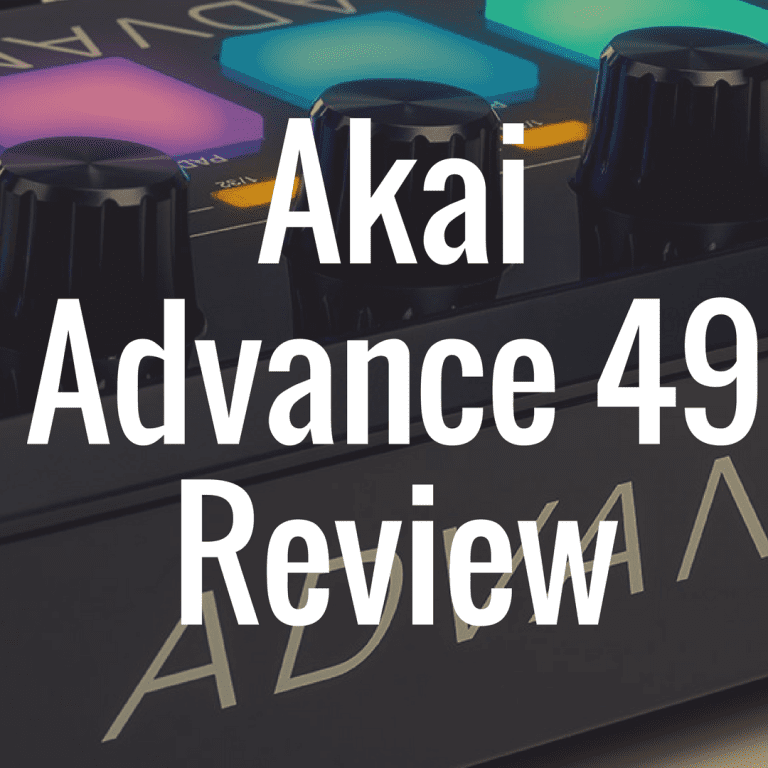 In this review, I’ll be talking about the Akai Advance 49, a 49 key MIDI keyboard from Akai. Akai is… 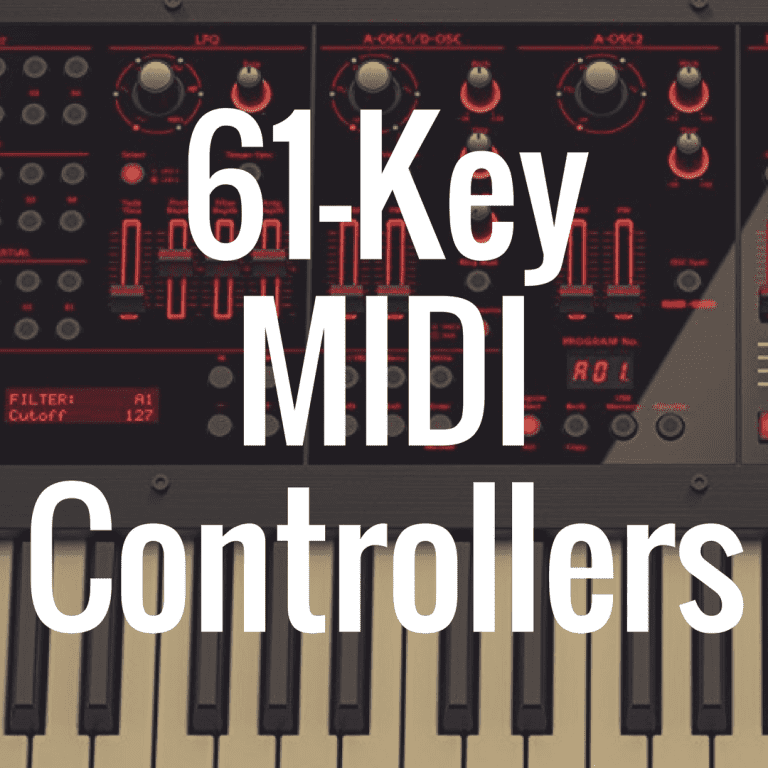 In this article, we’re going to examine 61-key MIDI controllers.  We’ll discuss the notable features you want in your ideal… 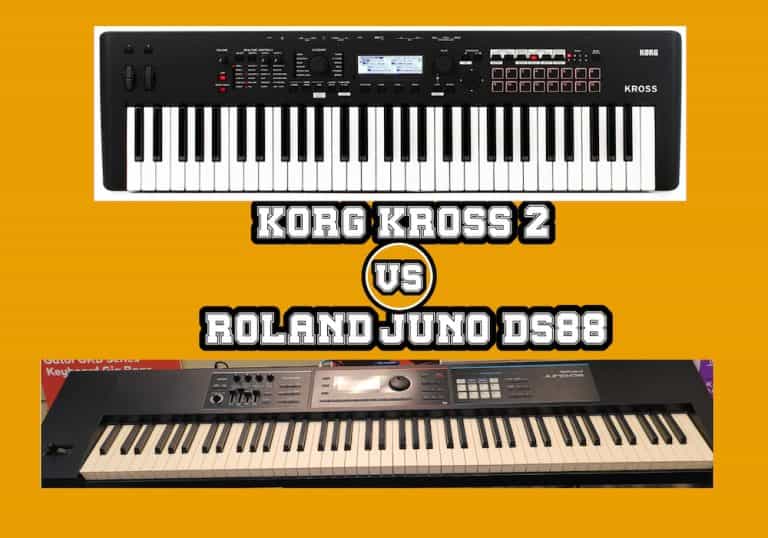 If you’re looking for a worthwhile synthesizer keyboard, then this battle between the Korg Kross 2 vs Roland JUNO DS88…