With most MIDI keyboards, you don’t always need every button that is meant to control your DAW (Digital Audio Workstation). The Native Instruments Komplete Kontrol S49 is the exception.

In this article, I’ll be talking about the Komplete Kontrol S49 and what you can expect from it in terms of its function and features, as well as what type of user it’s designed for and what’s ultimately needed in order to properly use it.

In my opinion, where Native Instruments shines is their ability to make workflow easier. Because this is their specialty, this is a keyboard meant more for producers and DJs.

Another way to tell if a keyboard is meant for professionals versus beginners is usually the price factor. This MIDI controller is not cheap, but for what you get, it’s probably the last MIDI keyboard you ever own.

Below, please take a moment to see how well the Native Instruments Komplete Kontrol S49 compares to other worthy MIDI keyboards.

Setting Up with Komplete

When I demoed this keyboard, I was able to get it set up with Komplete. Komplete is Native Instruments’ ultimate software plugin package, with several hundred gigabytes of plugins and sounds to choose from. I see now why they call it a Komplete Kontrol; it syncs with every single sound and allows you to control every aspect of each sound.

I should also note that this keyboard does not come with a copy of Native Instruments Komplete 10. Unfortunately, you’ll have to spend a lot of money to get this keyboard plus the software.

However, to get you started, this series of keyboards usually comes with a light version of Komplete that gives you ten of the virtual instruments included in the full version. This is enough to get started, and if you think about how much plugins cost, ten plugins for free can still be a pretty good deal.

And before we break down the the Native Instruments Komplete Kontrol S49 keyboard, please take a moment to view some of the best selling keyboards and controllers on Amazon:

Unlike a digital piano keyboard, the Komplete Kontrol S49 is a MIDI keyboard, meaning you have to use a computer coupled with a Digital Audio Workstation in order to use it.

You might be wondering whether this keyboard works without the use of Komplete.

When I demoed it, I used Sylenth with it to see if it would work. Sylenth is a digital synth plugin that allows you to pick sounds from presets or make your own sounds from scratch. It’s not made by Native Instruments but the S49 works with it fine.

However, this keyboard will not automatically allow you to control every aspect of a plugin that is not made by Native Instruments. Instead, you’ll have to map each function manually if you want more control.

Let’s talk about some of the features you can expect to find on the S49. First, let’s talk about the keys. They feel really good. On the S49, they’re semi-weighted, but on the S88, which is the biggest model in the S series, they’re full-weighted.

For a MIDI keyboard, semi-weighted is perfectly acceptable and actually ideal for a lot of players, including myself. I loved playing the keys. I loved them so much, in fact, that I wanted to know how they made them feel so good to play. I did some research after the demo and found out that an ancient Italian company called Fatar makes their keybed.

Now, as far as I know, Fatar actually makes keybeds for a lot of keyboards and MIDI controllers out there. But for some reason, these ones feel so great. But what amazed me more than the keys themselves were the RGB lights on the top of the keybed, which light up when you turn the keyboard on, and they turn pale blue when you press a note.

Another note about the lighting. I found out that when you’re cycling through sounds, the lights won’t turn on until the sound has loaded. So it acts as a sort of ready signal for you, which is extremely nice.

I’ll talk more about the onboard parameter control features in a moment, but right now I’d like to talk about the scale function, because it pertains to the lighting as well. When you press the scale button, you turn off all the keys that don’t fit in the scale, so you always play the right note. Pressing shift + scale allows you to change the scale.

The blue lights in this mode only indicate keys you can actually press. This is extremely useful for people who don’t know every scale and would like to be able to play a scale anyway. For me, it’s great for crazy solos. You’re guaranteed to never play the wrong note in this mode. I had so much fun pretending to shred when the mode was turned on. You can trigger a chord mode that allows you to play chords with one note.

Lots and Lots of Buttons

There are several buttons on this thing, so I’d like to talk about what they do. Basically, within each Komplete plugin, you have the option to tweak everything onboard. The knobs allow you to control parameters like you would on a real analogue synthesizer, and allows you to control filters like cutoff, resonance, and much more.

Depending on the plugin, these parameters might change, but they’re always integrated with the S49. Within each plugin, you can scroll through pages of parameters using the arrow keys to the left of the knobs. I tried playing around with a few different plugins to see how fluid it really was. I was actually shocked to find out that the options for tweaking are really limitless. It’s actually really overwhelming, but the implication is that you are pretty much guaranteed to come up with sounds no one else has already done. In an era where innovation in sound design is hard to come by, this is pretty great news.

What’s truly amazing to me is how Native Instruments has managed to make something with so few buttons that can do everything. The scrolling wheel, for instance, is used to scroll through your Komplete library. Pressing the wheel acts like a mouse left-click and allows you to select what you’re hovering over. Once you’re in a plugin, you can use the up and down arrow keys to select presets, or use the black arrow keys to do anything you want.

The interface is simple too, so easy to know what to do with each button. To the left, you have DAW controls like record, fast forward, rewind, play, and stop.

I love onboard arpeggiators on MIDI keyboards but a lot of them don’t have one. The Akai series MIDI controllers usually do, but most don’t, so I was pleasantly surprised to learn that the S49 does have one.

Not only is it here, but it’s way more comprehensive than the Akai arp. Engaging the arpeggiator displays several parameters on the screen, such as rhythm, gate, sequence style, and whether you want to swing the notes like in a jazz song. The onboard knobs make it so easy to access each of these and adjust them on the fly.

The pitch and mod wheels are not wheels at all, actually. They’re touch strips that light up based on the amount you’re turning them. This is another great feature that makes modulation extremely easy.

To briefly summarize, I absolutely love this MIDI keyboard. Sure, there are some downsides. Such as the fact that it costs more than most 49 key MIDI keyboards, and the fact that in order to really thrive with this piece of gear, you’ll need a computer that costs a lot of money, a DAW that costs almost as much as a computer, and Komplete 10, which costs about the same as the DAW.

This is a big investment to make, which is why I think it’s really meant for pros. If you’t not a professional, you can get away with cheaper gear. You just won’t have the same workflow or sound options. But if you want to swing for the fences on your first at bat, then this could be the keyboard for you.

Here are a handful of notable connections and specs for the S49:

S49 vs the Competition

Now, the 25 and 61 key versions are almost identical to the S49, with the exception that they have different numbers of keys. But they feel the same, and look the same. However, the S88 is probably the flagship of the series. While it has the exact same buttons, wheels, touch strips, and knobs, it has fully-weighted keys like you’d expect to find on an 88 key weighted digital piano.

But because of that, it costs almost double the amount of the S49 (you can find the S88 for about $1,000, while the S49 can be had for about $600 if you shop around). It could be a worthwhile investment for those that really need the extra space and the weighted keys. But for me, a 49 key MIDI keyboard is enough.

Plus, you can always scroll through different octaves, so you still have the same range, but you have to shift down or up in order to hit those keys. I would also consider the 61 key version of this keyboard, but I think a 25 key version might be too small.

However, if you’re only using this keyboard for production and studio use, you can probably get away with using the 25 key comfortably.

I had mentioned Akai earlier because they also make their MIDI keyboards with arpeggiator functions. The Akai Advance 49 is comparable to the Komplete Kontrol S49 in a few ways, such as the number of keys and the nice-looking screen. The Akai has pads too, which can be a huge plus for those that like pressing pads.

The S49 does not come with pads.

However, the business of the Akai Advance 49’s keyboard face can be intimidating, and it doesn’t automatically integrate with Native Instruments plugins to the extent that the S49 does. The S49 costs a little more, but I think I’d still rather have the S49 because of its simple user interface and endless capabilities.

Should You Buy it?

Because the S49 requires a lot of money to invest in, you might feel like it’s too costly when you factor in the additional features and accessories you’d need (beyond just the keyboard itself).

In a way, it’s a dream keyboard that might always be out of reach budget-wise.

However, if you feel like you should spare no expense to be the best producer you can be, this is a must-have. Sure it’s an investment, but once you get everything going, you’ll never look back.

So, despite the cost, I think this is a really great keyboard, especially if you fancy yourself a professional. 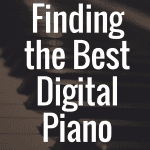 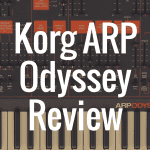 Released in the early 1970s, the ARP Odyssey was an answer to the widely successful Minimoog. The … END_OF_DOCUMENT_TOKEN_TO_BE_REPLACED 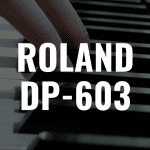 The Roland DP603 is slim, stylish and perfect for contemporary living spaces. This Roland 88 key … END_OF_DOCUMENT_TOKEN_TO_BE_REPLACED