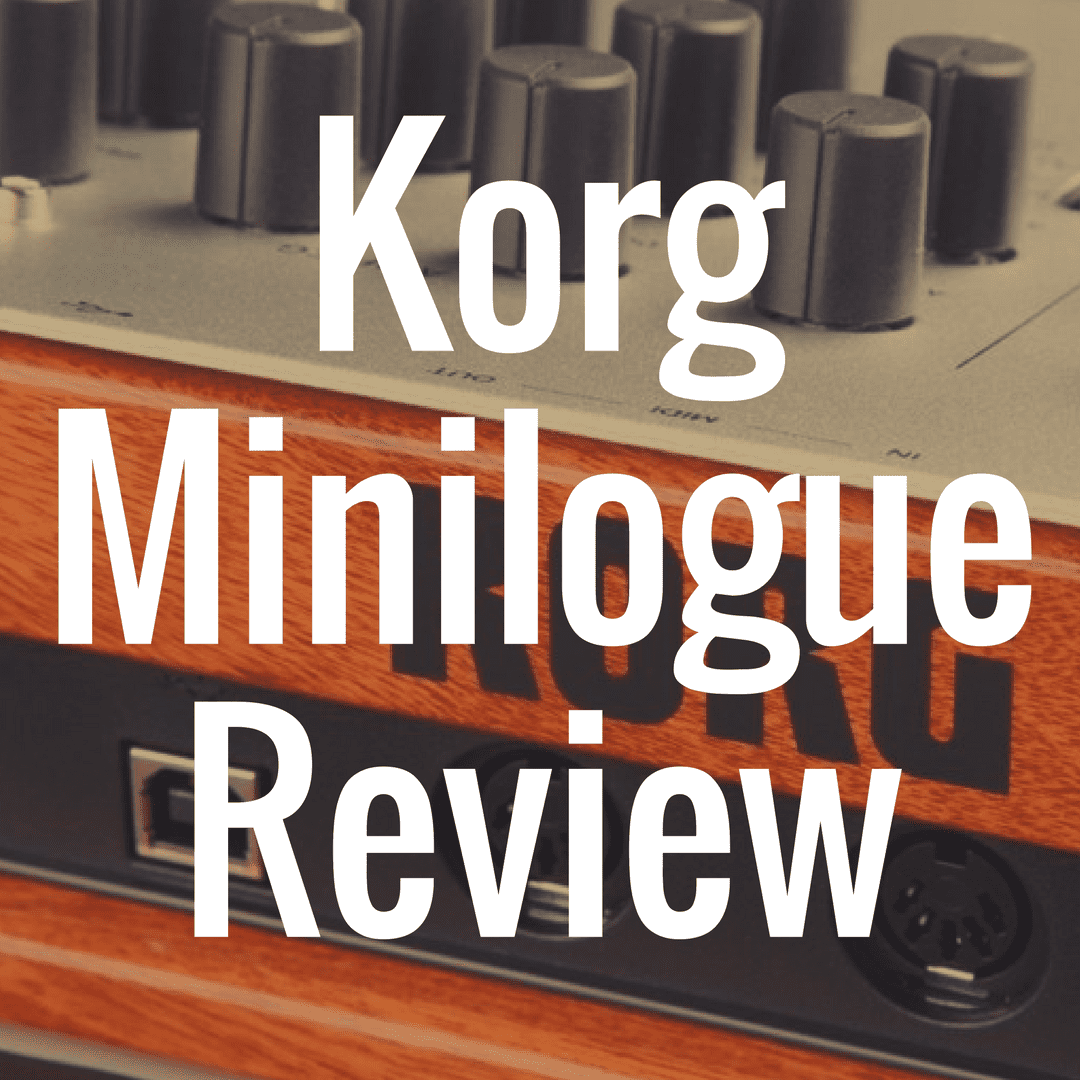 Let me first start this article by saying that I love synthesizers more than most things. I’ve worked with synthesizers for about five or six years now, and the more I play them, the more I fall in love with them.

Each synthesizer has its unique quirks and characteristics, making it stand out among the rest. Every synthesizer is different in terms of layout, options, and playability. Some synths make you work hard, some are easy to pick up.

The variety is what makes them so appealing to me.

That’s why I’m excited to review the Korg Minilogue today to help you best determine if this is the right synthesizer for your needs.  I’ll go over all of its features, how everything looks and sounds and feels, and even compare it to a few other popular synthesizers on the market today so you can best know whether this is worth your hard-earned money.

Below, please take a look at our interactive table, where you can directly compare the Korg Minilogue to a variety of other notable synthesizers.

Breaking Down the Synthesizer

First things first—what is a synthesizer?  Unlike an electric digital piano, a synthesizer does not attempt to replicate the sounds of a grand piano. In fact, a synthesizer focuses on its own unique electronic sound.

If you’re not sure what a synthesizer sounds like, check out some of the videos that you’ll find placed within this article. You’ll recognize the electronic sounds made famous in the late 70s and throughout the 80s. Synthesizers were a sound design tool back then, but still a fairly optional tool in the music industry. Today, both analogue and digital synths envelope the music industry with their laser-esque sounds and their circuit bending capabilities.

Below, please take a moment to view some of the best-selling synthesizers on Amazon, and then see how well they compare to the Korg Minilogue:

The circuits are internal, but the knobs that adjust the waveforms and effects are on the outside of the synthesizer. Some analog synthesizers, called modular synthesizers, use several patch cables to change the routing of the internal circuits. Other synthesizers use knobs to do this. Some use a combination of both, and are quite commonplace. Digital synthesizers essentially replicate all of the functions of an analogue synthesizer without all of the onboard hardware.

I recently played the Korg Minilogue (which is an analog synth) and demoed it for this article. Not only is it a lot of fun, it has a lot of useful features to make playing a synthesizer accessible to everyone.

It also has a lot of fantastic sound design implications, and I wouldn’t be surprised if big name producers started working with this tool in the next few years.

Now, let’s get onto the review.

The Korg Minilogue is small—that’s the first thing I noticed about it. Its sleek, silver color makes it look modern and clean, unlike the dark colors of the dusty vintage synths you might expect to see from some of the other synth manufacturers out there.

I’ll admit that I wish this synth looked a little more vintage. In fact, because of its design, it almost looked more like a MIDI controller than an analog synth. However, my complaints about the Minilogue’s appearance quickly went away once I turned it on.

When I test a new keyboard or synth, I try to start with the default preset. There are actually a few hundred presets on this synth, which is somewhat uncharacteristic of analog synthesizers. Scrolling to the back of the preset pages, I found a series of initial presets, which are kind of like defaults. There’s a scrolling knob you can use just to the side of the screen on the right to scroll through the programs easily.

Before I get into the way it sounds, I’d like to discuss the knobs on the face of the synth and what they do. Analog synths can change their waveforms. There are usually three standard waveforms: sawtooth (a buzzy sound), triangle (a mellow sound), and square (a rigid, angular sound that’s more mild than the sawtooth but still more aggressive than the triangle).

You can change your waveform with the flick of a switch. There’s a little screen that displays your waveform of choice so you can actually see the shape of the sound you’re playing. I think that’s such a cool feature, because I love the shapes of waveforms and to watch them display is awesome. You can also customize the shape of your waveform—for instance if you want your sawtooth to have some other weird shapes in it.

You can adjust the pitch and octaves of your notes with the octave and pitch control switches and knobs. It’s very satisfying to flip the switches; they sort of clunk a little bit like real hardware should.

Now, analog synthesizers can have more than one oscillator, and this synth has two.

This might sound confusing if you’re a novice, but if you play with an oscillator, you’ll understand how this works.

Now, each oscillator allows you to blend waveforms together, giving your synthesis a more complex tone. You can play with one oscillator for a cleaner tone, or two for a thicker one. I like mixing it up because it gives me more options.

I would recommend doing the same if you can try the Minilogue before buying it. There are a few other knobs that can modulate the oscillators against each other, including a ring mod, pitch mod, and a cross modulator, which makes the waveforms cross over each other, which is pretty unpleasant sounding but also extremely cool.

There’s also a noise oscillator, which is separate from the other two. It just changes your signal to white noise for a static-like effect. You can filter it down for a sort of windy, scratchy tone.

Let’s talk about filters next. Filters are basically effects that change the aggressiveness of the tones. The two most standard filters are cutoff and resonance. The cutoff filter essentially either muffles your sound when you turn it down or thickens and brightens it when you turn it up.

The resonance makes your tone more hollow and picks out overtones (other frequencies hidden in the background of your tone) and brings them out so you can hear different frequencies coming from the same note.

Now, the Minilogue takes filters to the next level by adding in some crazy features previously left out of other synths. For instance, you can turn on a feature (velocity tracking) that allows the filter to do different things based on how hard you strike a key. It’s sort of like touch sensitivity, but you have to turn it on to get the effect.

Workflow-wise, this kind of slows things down for me a bit. I have to anticipate the amount of resonance filtering I want before I can access it. However, for live performance, I can see where this feature would be a lot easier, especially if you only have one hand to turn knobs with while the other is playing. So I get what they did it, but it just takes a little while to get used to.

To the right of the filters are the amp envelopes. These control the attack, decay, sustain, and release of your sounds. A short attack will make your sound play immediately, while a long attack makes it swell before reaching full velocity. I love messing around with attack speed on a high cutoff filter. It gives it a cool reverse-type sound that sounds like short breaths.

The arpeggiator is gorgeous, and allows you to sequence notes in cool patterns just like on the Tron soundtrack. This, coupled with the delay, creates some amazing sounds.

The delay is extremely flexible. You can adjust delay times for quick or long delays of your notes. You can high-pass the delay to give it a muffled feedback. This is super useful for producers and players that want their delay to sound incredible.

Triggering the arp and the delay, as well as several other modes, is extremely easy. I love the row of buttons that has everything clearly labeled, and they’re all right next to each other for easy access. This is where the modern layout really comes in handy.

On older synths, organization was not really a priority.

Let’s talk about some of the technical stuff found on the Minilogue just to summarize everything you get when you pick one of these up.

Okay, so you’re interested in the Korg Minilogue.  But, are there better other options available that are just as good if not better on the market?  Well, let’s examine that right now.

Let’s start with the Sequential Prophet-6. Compared to the Minilogue, this thing is huge. More keys, more buttons, the classic vintage synth look, and a lot more knobs.

However, the Prophet is roughly four times the price of the Minilogue. And honestly, while the Minilogue might not look as cool, it can do almost everything the Prophet can with fewer buttons. I say almost because the Prophet has a few more features like stereo distortion and a pulse waveform option.

How about a different Korg, like the Arp Odyssey? The Arp Odyssey is super cool. But it has sliders instead of knobs, and it only has a two-note polyphony.

In my opinion, while the Arp Odyssey is amazing and I’d love to have one, for people starting with synths, the Minilogue is more user-friendly.  It also has a few more options. The Minilogue is cheaper, too.

Next, let’s look at the famous Moog synths. The Mother-32 is a cheaper Moog that has the classic, unbeatable Moog sound. But it doesn’t come with a keyboard. Its design is gorgeous and user-friendly, and even has a modular element.

However, while it sounds better to me than the Minilogue, it’s not as appealing for live performance because it doesn’t have keys.

But what about the iconic Sub 37 from Moog, you ask? Well, if I had the option, I’d pick the Sub 37. Nothing sounds quite like it. It’s so powerful that it’s hard to stop playing.

However, it costs about three times as much as the Minilogue and only has a two-note polyphony.

How about a digital synthesizer? For that, we turn our attention to the Roland System-1.

This Roland product recreates analog sounds and puts them into a compact, futuristic green and black synthesizer that is easy to play and fun to listen to. The benefit of this is that it has more effects, including Roland’s famous scatter effect as featured on nearly all of its Aira products.

The downside is that despite attempting to sound analog, it’s just not quite as warm.

However, the arpeggiator is beautiful, and the digital effects can make sound design more expansive on this synth. At roughly the same price as the Minilogue, you might have a hard time deciding which to pick.

While they’re not interchangeable, they’re both great, and you’d probably be happy with either one. If it’s me though, I’ll go analog if I can, just because analog often sounds better to me.

But it’s all about personal preference.

Should You Buy It?

Is the Korg Minilogue worth your consideration?  Yes, absolutely. For the price, one could argue it’s almost unbeatable when it comes to value.

If your budget is bigger, get something with more options. But because it’s so cheap relatively speaking (it can be had for about $500 if you shop wisely), it’s a great option for synth players of all levels. 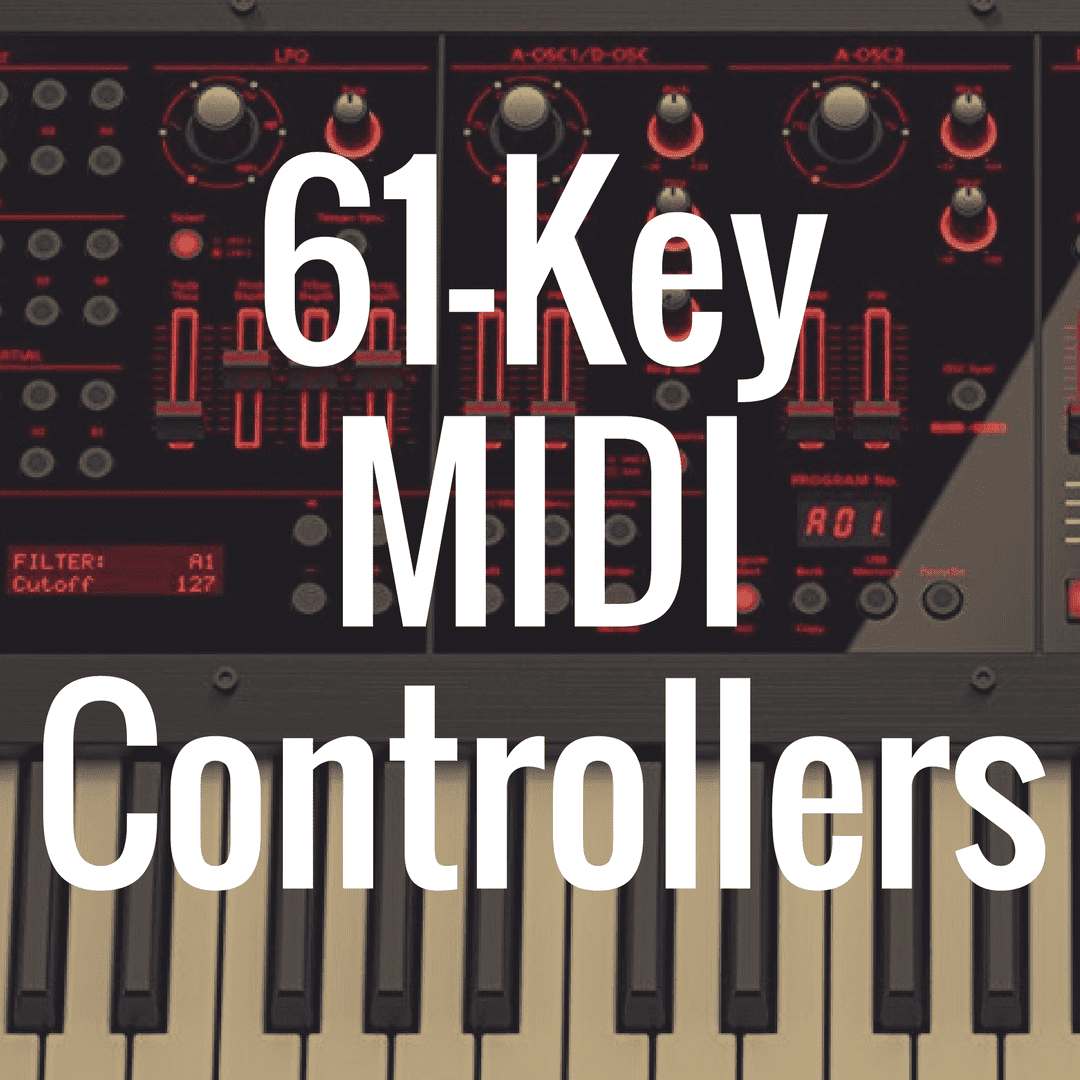 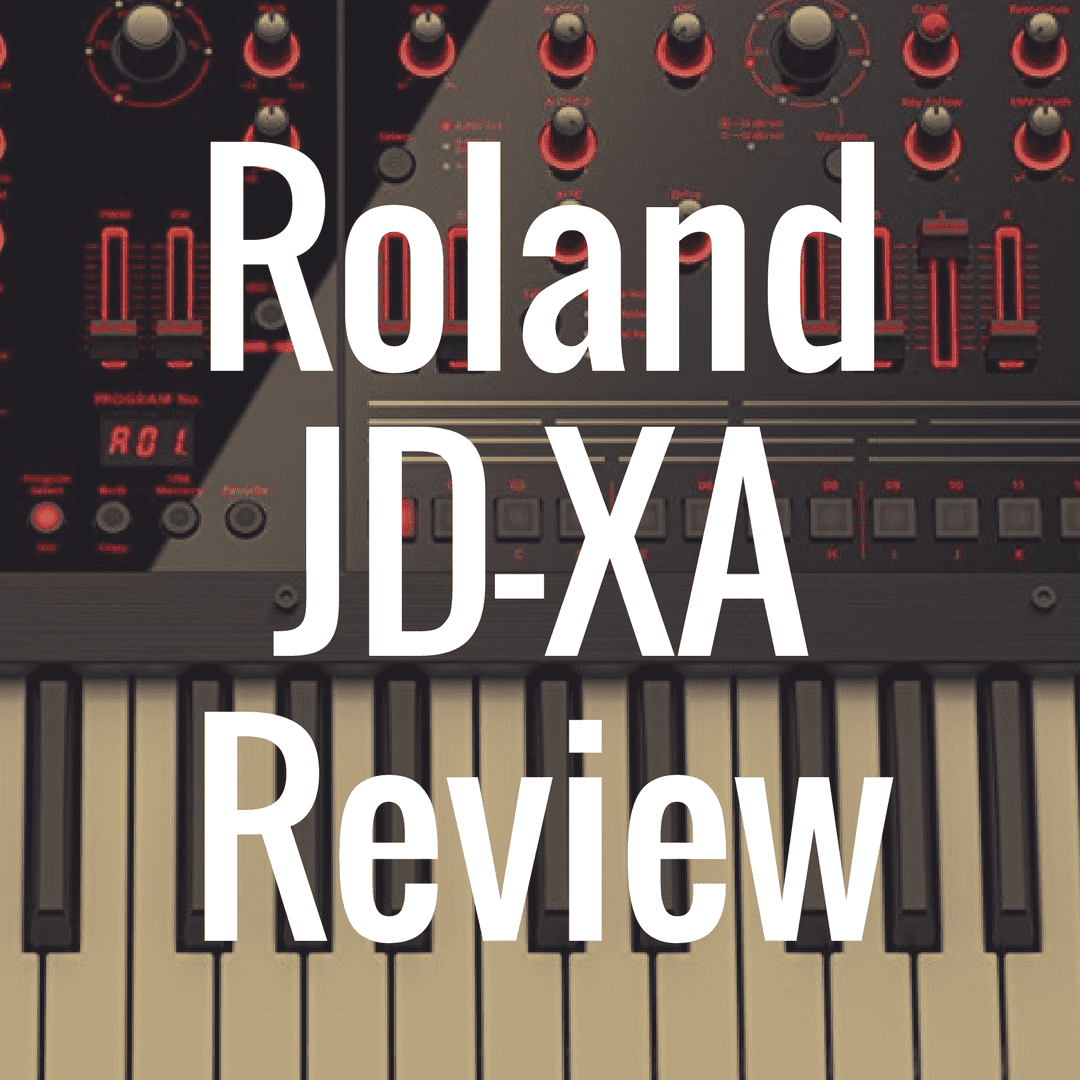 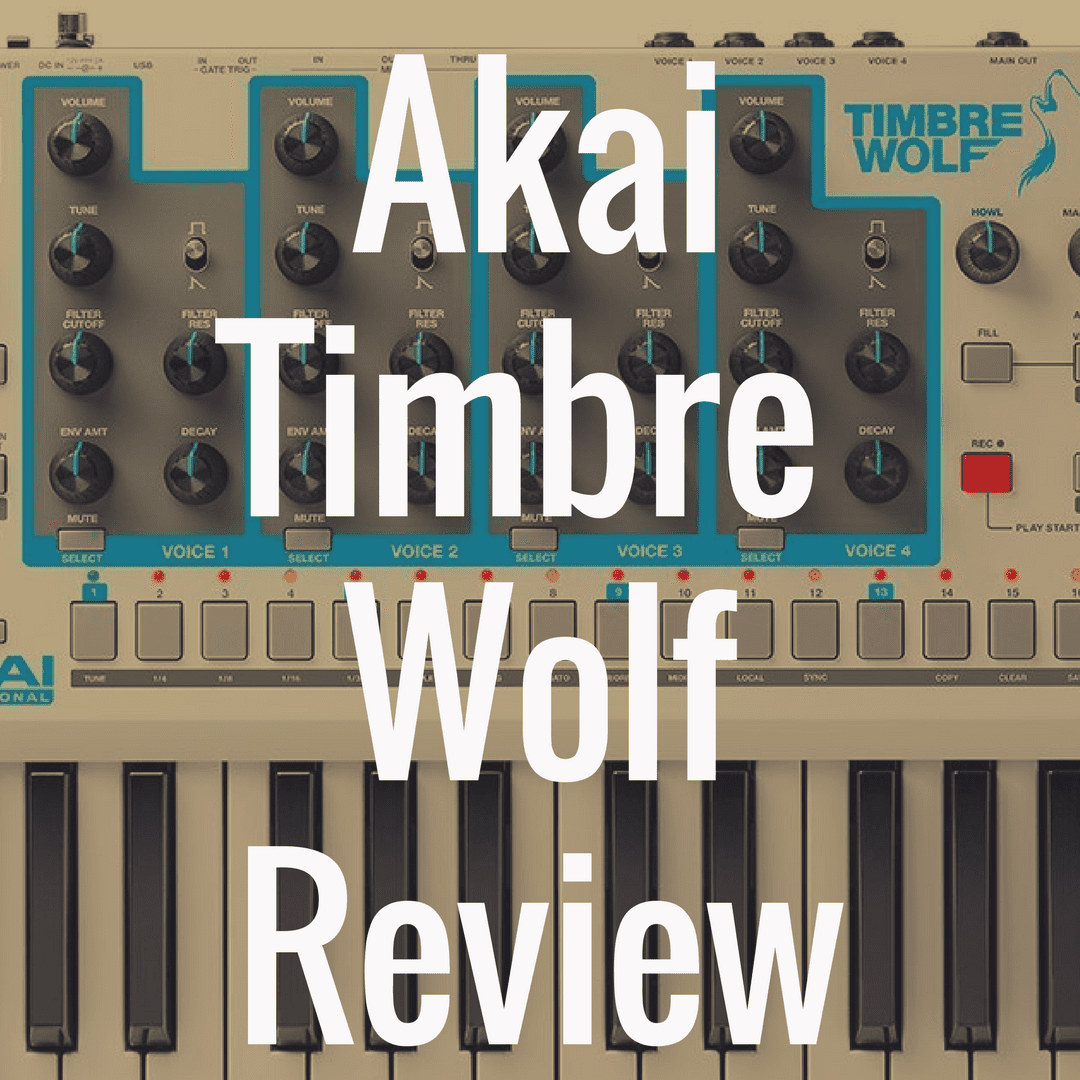 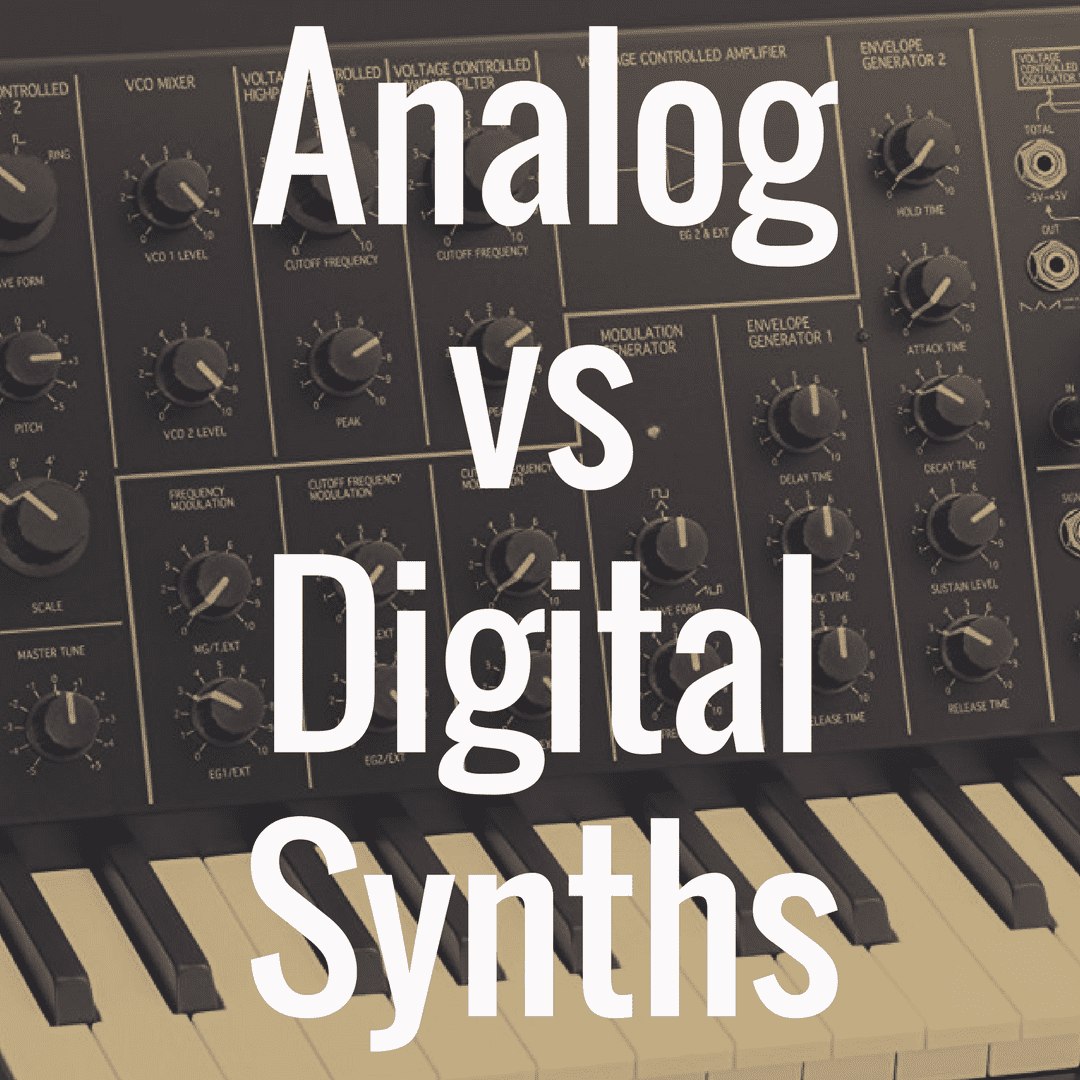