Dave Smith Instruments has followed up the previous Mopho synthesizer model with a synth that has a slick new design, more versatility, and sonic possibilities. Upon first look, the most notable change the Mopho x4 makes from its predecessor is the modern aesthetic look. Gone is the bright, attention-grabbing yellow paint job of the original Mopho, and this is a satisfying change.

Where Nord digital pianos retain their bright red aesthetic through new models with no complaints, the sunshine-yellow of the Mopho ended up more of an eyesore than anything else. The design of the Mopho X4 boasts a black display with wood-paneled side pieces, taking inspiration from the microKORG.

Aside from the slick look of the keyboard, Dave Smith Instruments (DSI) has managed to produce an approachable, robust synthesizer that captures the imagination of the synth player by clearly laying out synthesis options on the front panel. Where the microKORG offered a complex grid on the front panel to increase versatility with fewer knobs, the Mopho X4 benefits from a more reserved, minimalist design that encourages experimentation rather than directions-reading.

The Mopho X4 provides useful features that were not present in their previous synthesizer, and because of these improvements, the Mopho X4 establishes itself not only as a worthy successor to the Mopho, but also as a worthy competitor to other synthesizers on the market.

Below, please take a moment to compare the Dave Smith Mopho x4 to other noteworthy synthesizers currently on the market.

The touch of this keyboard is one of its most satisfying characteristics, in my opinion. Unlike the microKORG, the 44 keys of the Mopho X4 are full-sized—similar to the size of a grand piano. This allows for more precision for those who are more accustomed to full-size keyboards or pianos.

Of course, the downside to this design is that the keyboard contains fewer keys than it would if it had utilized a narrower design for the keys. Because of this, the keyboard falls short of a four-octave span. The use of the octave controls on the front panel, however, extends the range of the keyboard to seven octaves.

The action of the keys themselves is quick and responsive, providing touch-sensitive velocity parameters that are satisfying and rewarding. Because of the keys’ quick response, the Mopho X4 makes it easy to play fast passages, repeating notes, and glissandos.

The feel of the knobs, wheels, and buttons on the front panel are satisfying as well. The knobs move quite smoothly, allowing for analog control over filters, waveforms, and envelopes. This gives the player great detail over the control of each sound. The pitch bend wheel operates smoothly as well, giving a comfortable amount of attention back towards its resting place.

Overall, the feel of the keyboard is quite satisfying and nothing feels out of place. Although some consumers may be disappointed with a less-than-four-octave span, the full-size keys and octave transposition option provide an adequate compromise. The size of the keyboard itself is right where it should be, and adding more keys to reach a four-octave span would have increased its size to an uncomfortable length.

Below, please take a moment to view some of the best synthesizers currently on sale online, and then see how well they stack up to the DSI Mopho x4:

The Mopho X4 comes with four banks of factory-installed patches, allowing for a huge amount of sound variation out of the box. If you’ve had any experience with the Tetra or the Prophet 08, you can expect similar results from the Mopho X4. It provides deep bass, crunchy leads, and smooth pads, all easily manipulated through the front panel’s editing parameters.

The synthesizer can produce sounds for a huge variety of musical styles, ranging from progressive rock to EDM and techno. The deep growlings of the sub bass are produced just as easily as high-pitched lead screams or high-frequency whistles of science fiction-influenced effects. The patches on the MophoX4 are reminiscent of the Prophet 08, and that’s a good thing.

In general, the pads are weaker than the basses and the leads, but that’s not to say they are without value. They still sound great serve their purpose—they just are not as powerful as the other categories of sounds. I was generally happier with the factory pads once I utilized them with the arpeggiator, giving them a bit more movement to a track.

Although the patch variety and editing potential of the keyboard feel boundless, the player is restricted to four-note polyphony, which may feel limiting to some users. Although I never felt unnecessarily restricted with this limitation, I was at times disappointed with my inability to construct chords with any more than one chordal extension. For example, if you want to perform a C9 chord, which contains five unique pitches, you will have to omit one note in the construction of the chord. This, of course, isn’t a problem with triad-based songs or simple, monophonic lead lines. However, the compositional potential of subtle pads can suffer greatly when restricted to only four voices.

Although occasionally limited, four-voice constructions work great for most songs. When using a powerful brass patch to hammer out a chord progression, it’s quite effective to play the triad in the right hand while reinforcing the bass line in the left. These are the moments when the four-voice polyphony really shines. The inclusion of four-voice polyphony is what helps the Mopho X4 outshine the original Mopho the most, and although it may limit more complex chord progressions and voice-leading options, I never felt severely let down or disappointed by this limitation.

It is possible to expand the number of voices with the Tetra, which is also produced by Dave Smith Instruments. While it is nice that there exists a workaround for the limited polyphony of the Mopho X4, paying an extra several hundred dollars for a few extra voices discourages this option. Of course, if you plan to purchase the Tetra for more than its ability to strengthen the polyphony of the Mopho X4, it is a great workaround.

The Mopho X4, although very versatile and complex, lays out its parameter options in such a neat and organized way. Learning analog synthesis doesn’t seem like a daunting task with a steep learning curve when playing this synth. In fact, it may be one of the industry’s best options for learning how synthesis works.

The front panel simply lays out each category of synthesis options:

This clarity and simplistic design of the keyboard combined with the LED lights that signal what option is toggled on or off provide a smooth synthesis experience for even the amateur players. Many synthesizers on the market boast great versatility through complex arrangements of buttons, knobs, switches, LED lights, input jacks that can look dauntingly complicated. The Mopho X4 understands its purpose, however, and it encourages the player with its simple design.

The thing that holds this synthesizer back from being the perfect synth to learn is its price. I would not recommend an amateur to shell out $500 for a keyboard for learning purposes. It’s almost always better to learn on a cheaper model, and if you want to stick with it, go for the more expensive models.

If you’re an amateur that is serious about learning analog synthesis and isn’t tentative about paying upwards of $800 for a synth, I would highly recommend this synth to start learning, supplementing the keyboard’s instructions with online tutorials and analog synthesis blogs. Any amateur that is hesitant to spend so much on a keyboard to learn would benefit from beginning on a cheaper model such as the microKORG, Korg Minilogue, or even a Korg digital piano.

The more experienced player will find great satisfaction in this compact, but powerful synthesizer. Anyone experienced with editing synthesis parameters will find the Mopho X4 to be a great tool for experimentation. The simple layout of the keyboard allows for satisfaction right out of the box because there is not a need to read through all of the instructions to operate.

This keyboard will please experienced keyboard players with its versatile sounds, yet simplistic interface, and it will provide amateur players with a clean, minimalist panel to get comfortable with sound synthesis. The main characteristic that may deter beginners is the price point.

The Mopho X4 doesn’t reinvent or innovate how synthesis is done or how music is played. It doesn’t provide anything that can’t be done on a different synthesizer. But that’s okay—that’s not its intended purpose. The Mopho X4 provides the user with a refined way of sound synthesis—not a reinvention.

Simplistic editing features, slick aesthetic, portability, comfort, and versatility are not new characteristics to the keyboard industry. However, few keyboards or synthesizers provide all of these characteristics. The Mopho X4 does provide these, and the compromises it makes to achieve these aren’t significantly detrimental to its appeal.

Everything it does, it does right—but not perfectly. Full-size keys are a great feature, though the range of the keys has to be reduced. Four-voice polyphony is a fantastic upgrade from the original Mopho’s monophonic setting, but it is still limited in its own way. 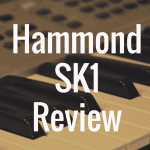 Our modern, technology-focused society has allowed major keyboard names such as Moog, Korg, and Nord … END_OF_DOCUMENT_TOKEN_TO_BE_REPLACED 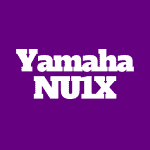 What is the best digital piano you can buy for your beginning piano student?  For your advanced … END_OF_DOCUMENT_TOKEN_TO_BE_REPLACED 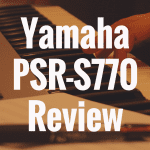 In a world of very affordable advanced software and hardware, manufacturing keyboards that double as … END_OF_DOCUMENT_TOKEN_TO_BE_REPLACED