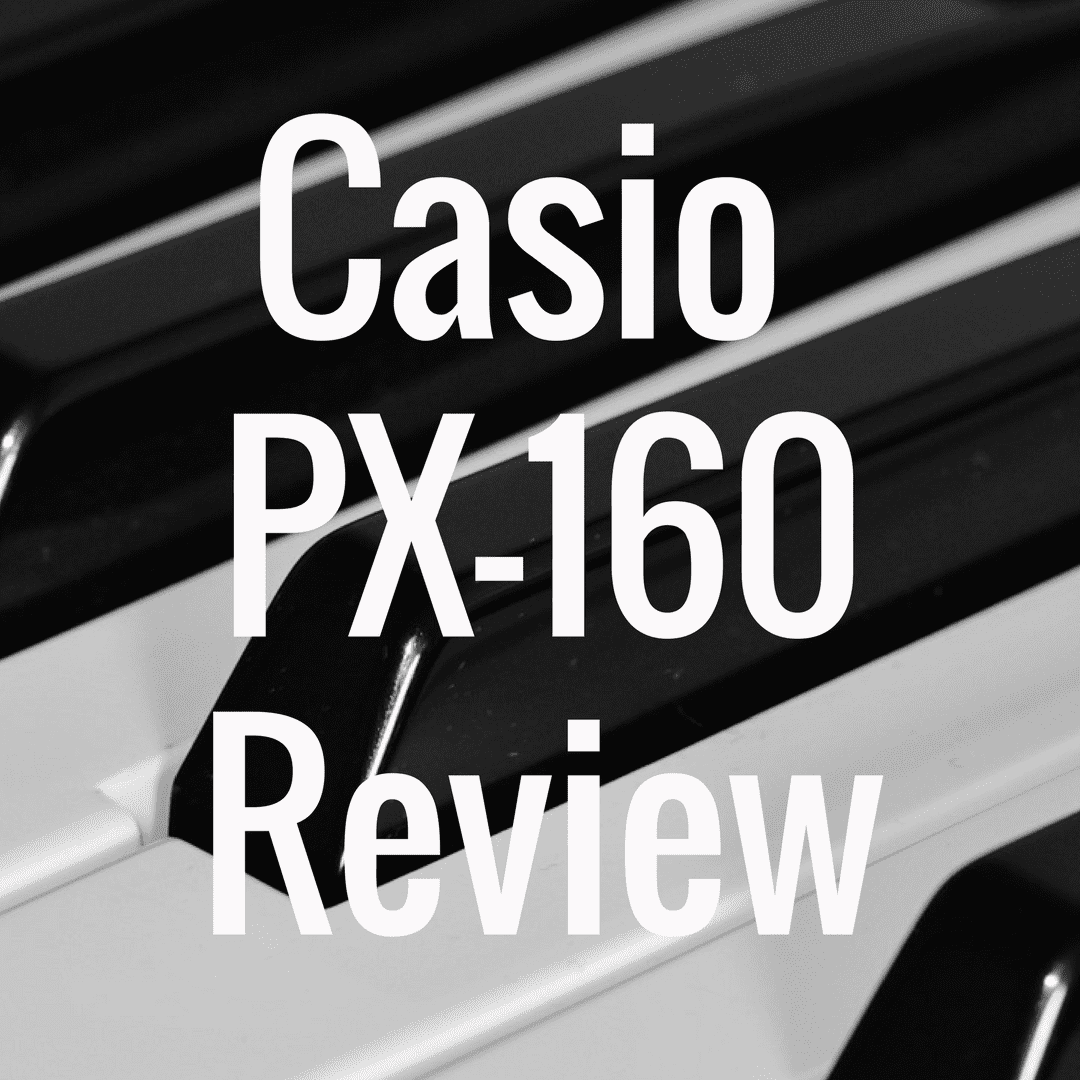 Casio has been in the keyboard game for a long time now. The company’s humble beginnings have taken them a long way since their inception in 1946, and today, they are a multinational brand that specializes in a few different forms of electronics, chief of which are Casio electronic keyboards.

The Casio PX-160 is one of many different keyboard pianos made by the company in recent years, but this model is somewhat special due to the fact that it is positioned in the entry level market as a keyboard designed for beginners who are looking for a quality electric piano to learn and play on.

So, is this the right piano for you?  Well, that’s what we’re going to find out in this in-depth review.  And to begin, please use our guide below to compare the Casio PX-160 to some of its notable competitors available on the market.

Upon first inspection, a few different things stand out about the PX-160. For one, it’s one of the more attractive entry-level keyboards out there, though that isn’t saying much. The keyboard comes in either a solid black or a muted gold color, both of which look natural and fit in just about anywhere. The keyboard itself is fairly sleek, with the exception of the raised top section that houses most of the central functionality on the keyboard itself.

The full-sized, 88-key keyboard piano seems well-crafted and sturdy throughout, with the plastic body having very few separate parts, leading to a solid construction that feels great and not overly fragile. Everything is laid out in an intuitive, simplified manner that is perfect for those just learning the ropes. You won’t find any complex menu diving here, as everything you can do on the keyboard is accessed from the simple set of controls on the front console.

The keyboard supports full 128-voice polyphony, which is quite standard for many higher-end keyboards. That being said, we were very happy to see it included here. It’s clear that Casio truly set out to create a piano that allowed beginners to have a competent instrument to learn on, instead of simply slashing features and quality to meet a rock-bottom price point. Everything about this keyboard makes it seem like it’s competing a few weight classes above its own, which is a testament to Casio’s quality and consistency.

The speakers included internally with the PX-160 were another surprisingly impressive high point for the keyboard. All too often, keyboards at this price point simply do not offer anything in the way of bass response, but that isn’t the case here. Not only is the bass even and full (relatively speaking), it’s also loud enough to fill most rooms without connecting to anything externally.

When turned up near the limit, we did notice a bit of peaking when multiple voices were being expressed simultaneously, but nothing bad enough to be more than a minor annoyance. All in all, we were very pleased with the sound on the piano itself.

Below, please take a moment to view some of the best-selling digital pianos currently on sale at Amazon:

And now that we’ve taken a look at the basics, let’s dive into the most important part of the keyboard—what it feels like to play.

We feel it’s important to give extra credit where it’s due, and in the case of the PX-160, it most certainly is due here. From the moment you sit down and play this piano, your brain will begin questioning this keyboard’s price point.

The keybed itself has a 3 sensor setup under each key, which is something that is usually exclusive to models more than twice the asking price of the PX-160. This allows for better translation of the key motion, resulting in more accurate responses to keys being played, especially as it pertains to repetitions (a notable weak point in many lesser models).

The key tops themselves have a synthetic ivory and ebony finish that feels very close to the actual material once commonly used in actual acoustic pianos. This is a small detail, to be sure, but this keyboard could be perfectly defined by the summation of its many excellent, small details. Yet again, this is something that is incredibly rare to find in a sub-$1000 keyboard piano, much less one going for $500.

As an added layer of professionalism, the (fantastic) acoustic piano sound employed by the Casio keyboard features realistic hammer response, damper noise, and damper resonance, giving the keys an even more authentic feel and sound.

Even for a complete novice, hearing the difference these subtle nuances make is truly remarkable, and really goes to show just how much effort Casio put into making this thing feel like a quality, elegant solution for beginner pianists.

One other benefit is that the material actually helps to absorb sweat that can accumulate from longer or more intense sessions. This is something we noticed even during our simple playtest, and it was remarkable how much more comfortable we felt after 15 minutes compared to other entry-level keyboards.

Finally, the icing on the cake for piano keyboard nerds; the keys on the PX-160 are fully graded from left to right. This means that the lower register keys offer more resistance than the higher register, allowing you to play more expressively as your skill grows with time. The keys are also very quiet for an electric piano, which is fairly uncommon for entry level pianos (normally known for their noisy key actions).

All in all, this is perhaps the greatest and most enjoyable keyboard to play in this price range. An individual looking to get into playing piano would have to look long and hard to try and find a more enjoyable keybed at this price point, and even then, we aren’t sure that it exists.

Next, let’s take a look at the various connectivity functions included with the PX-160.

In terms of hookups, everything included with the PX-160 is pretty standard fare. There’s a pair of quarter inch audio outs for use with an external speaker system, two stereo mini jacks for headphones when you want to play privately, and a MIDI cable for interfacing with a computer, tablet, or other device that is compatible with MIDI. Obviously, there’s hookups for the standard slew of pedals, but beyond that, there really isn’t much else to this thing, nor does there need to be.

So, from here, let’s move onto the bread and butter of any electric piano; the sounds themselves.

All told, there are 18 different sounds included with this piano. Some of them are better than others, but one thing is for sure: Continuing the trend, the PX-160’s sounds are vastly superior to many different models out there that offer similar sounds, such as strings, brass, and woodwinds. There are 4 different Grand Piano sounds as well, allowing you to choose between Concert, Modern, Classic, Mellow, and Bright sounds depending on your preference. There’s also a selection of electric pianos, harpsichords, strings, organs, and finally, a bass sound. These sounds all seem to be lovingly crafted, and for what they are intended to be used for, they sound phenomenal.

There are a variety of features that Casio included here that really add value to the overall package. For instance, there’s the split and layer functions, which allow you to both split the keyboard into different sounds, as well as layer two together to create a more varied and exciting textural sound.

There’s also a built in variable metronome, a duet mode that allows two players to play parts in the same octave range, and a key transpose feature that’s very useful for playing along with a singer or other instrumentalist.

In the effects department, the PX-160 delivers a concert hall reverb, a chorus effect, and a brilliance adjuster. That’s a bit light as far as we’re concerned, and we certainly would have liked to see a bit more included, but for this price, it’s hardly a dealbreaker.

So, how does the Casio PX-160 stack up to other models in this price range? We’ve had lots of love for this piano thus far in the review, but surely there are other products out there that can compete? Let’s take a look at two Yamaha models, as well as two other Casio ones, in order to determine which will be the best for you.

Yamaha has long been a steady competitor of Casio, and for good reason. Both companies have been making rather fantastic keyboards for what seems like ages, and both have been in a constant struggle to out-innovate each other. The Yamaha P-45 represents possibly the closest competitor to the Casio PX-160, coming in just a bit more expensive. Many have noted that the Yamaha’s keys are more rigid than the Casio, which some seem to prefer. Other than that, the differences are primarily cosmetic.

As with the P-45, the P-115 shares many similarities to the Casio PX-160. One thing that some reviewers and others claim is that the P-115 has a more pristine, clean piano tone than the Casio, but this is ultimately a matter of personal preference. Both keyboards feature an array of different sounds, and both of them are fantastic products overall. We think the winner for many looking to purchase their first keyboard will be the Casio, if for no other reason than the price.

The PX-360 represents the next step up from the PX-160, and has the feature set to prove it. The piano features a full color LCD touchscreen interface that allows you to control all of the various functions, and also features more advanced customization options and sound sets. In fact, there’s over 550 tones included here, as opposed to the comparatively paltry 18 in the lower-end model. Ultimately, this is a more performance-geared setup, and not something particularly ideal or necessary for beginners just learning the ropes.

The PX-760, on the surface, is very similar to the PX-160. It looks as though it has some slightly higher quality sounds. It also has a full stand, as opposed to the free floating unit found on the former. This one really comes down to what you want to use the keyboard for. Do you want to move it around from place to place frequently? Opt for the PX-160. Do you want something completely stationary, perhaps also to use as decoration? The PX-760 might fit the bill, then.

All in all, the Casio PX-160 is an extremely competent piano that aims to bring high class features and quality to the masses. The keyboard provides excellent quality construction, solid and authentic sounds, and an extremely playable feel and combines them all to create one hell of a package for beginners looking to take things to the next level with their playing.

The Casio PX-160 is a solid piano keyboard that includes a ton of high end features for a very low end price. 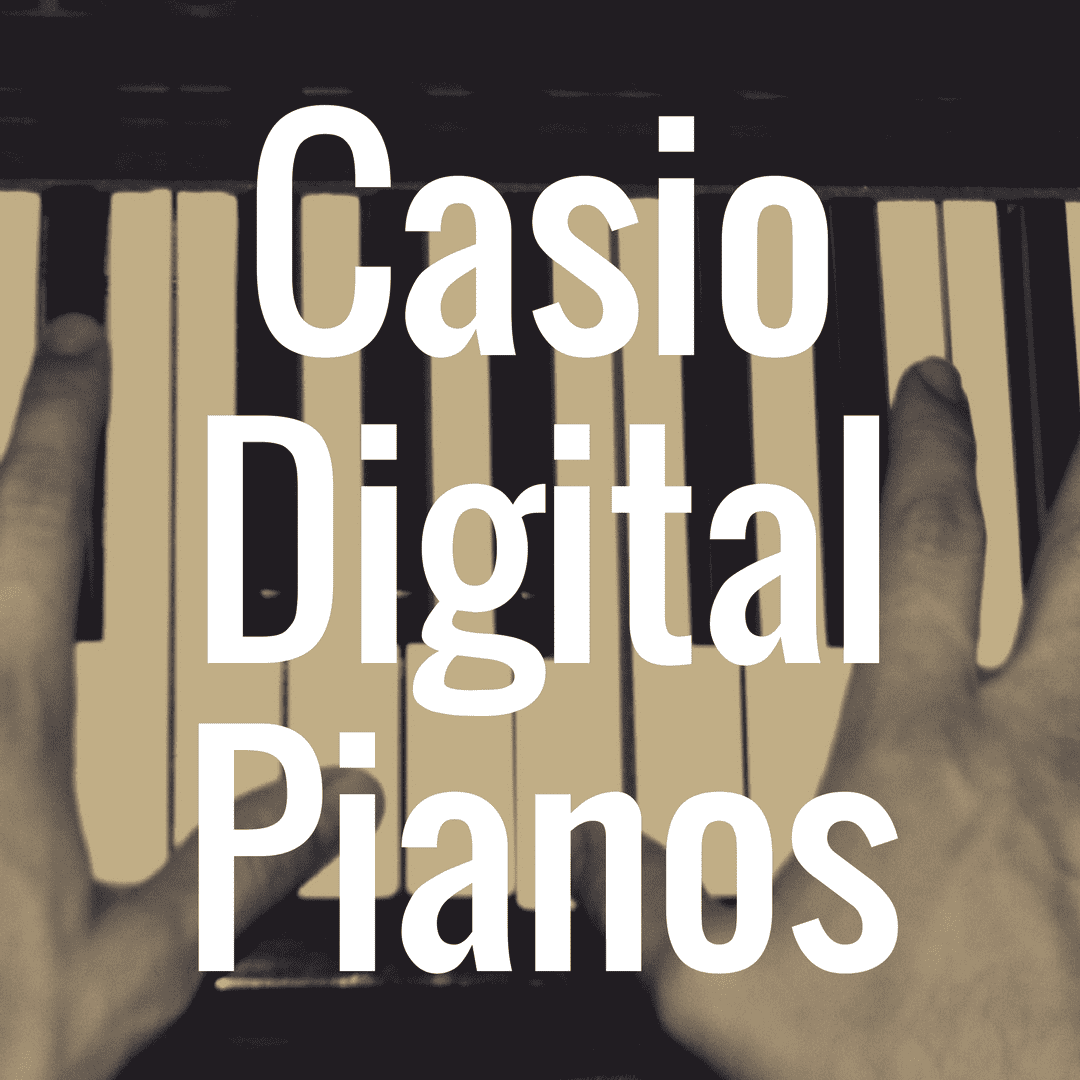 What Casio Digital Piano Is the Best Available? 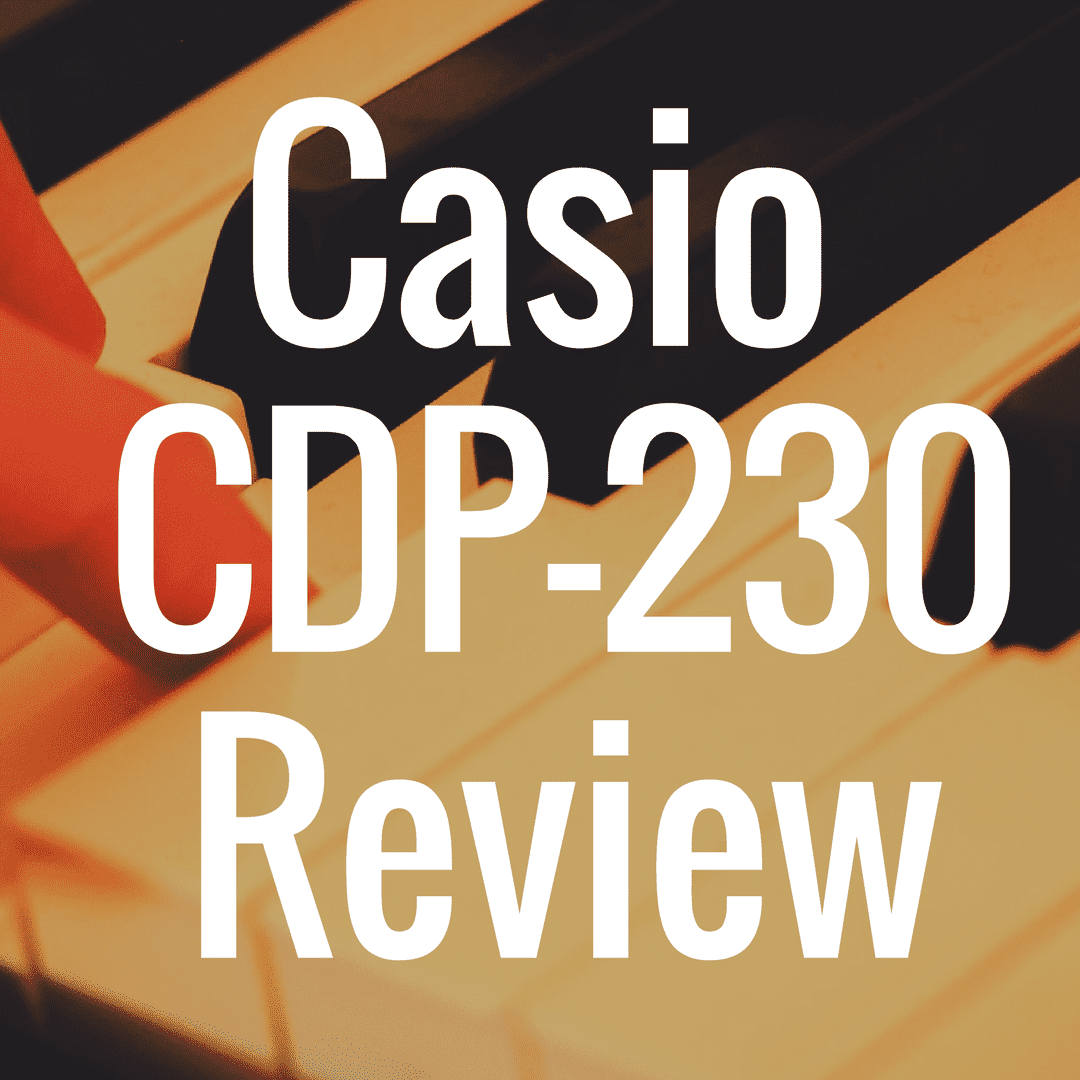 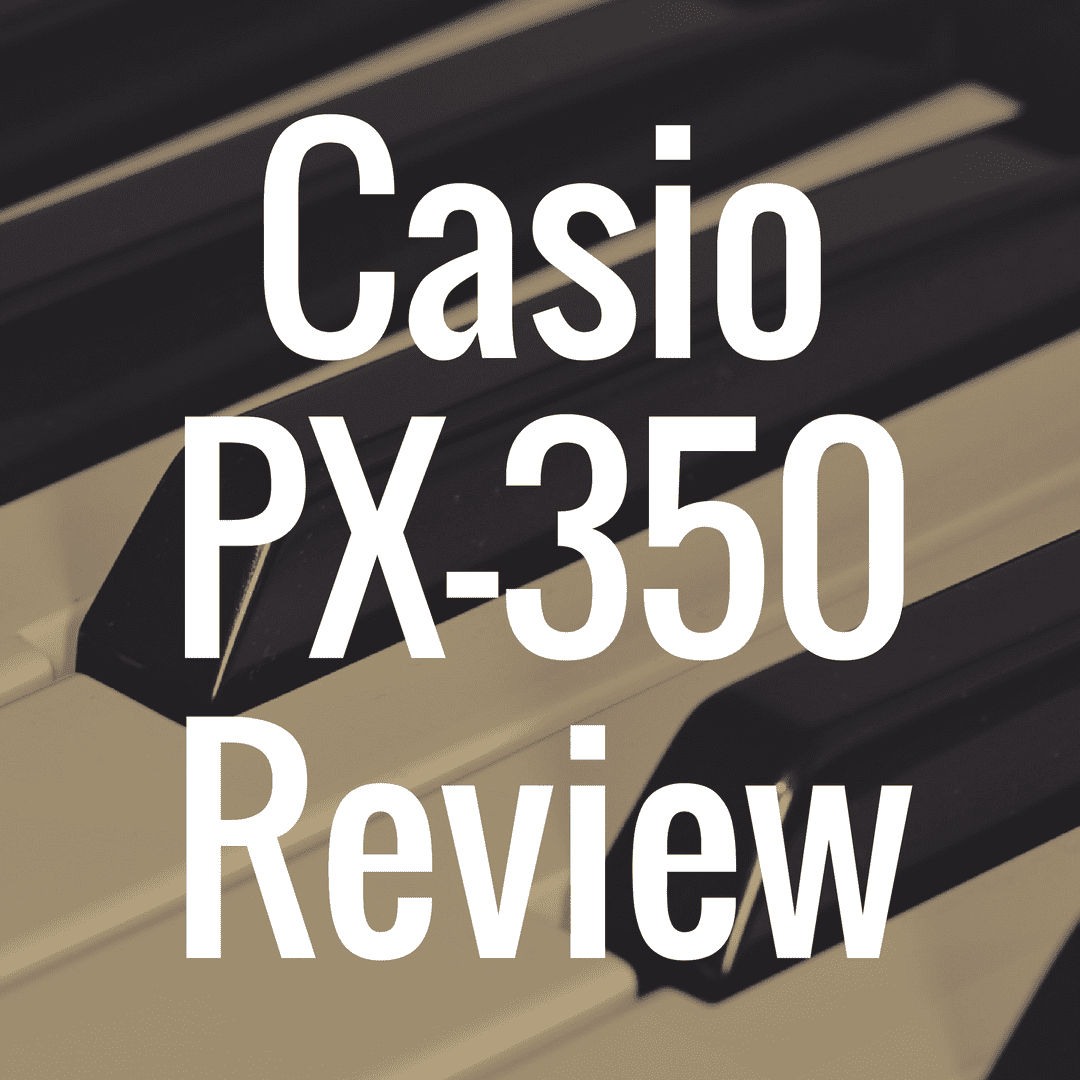 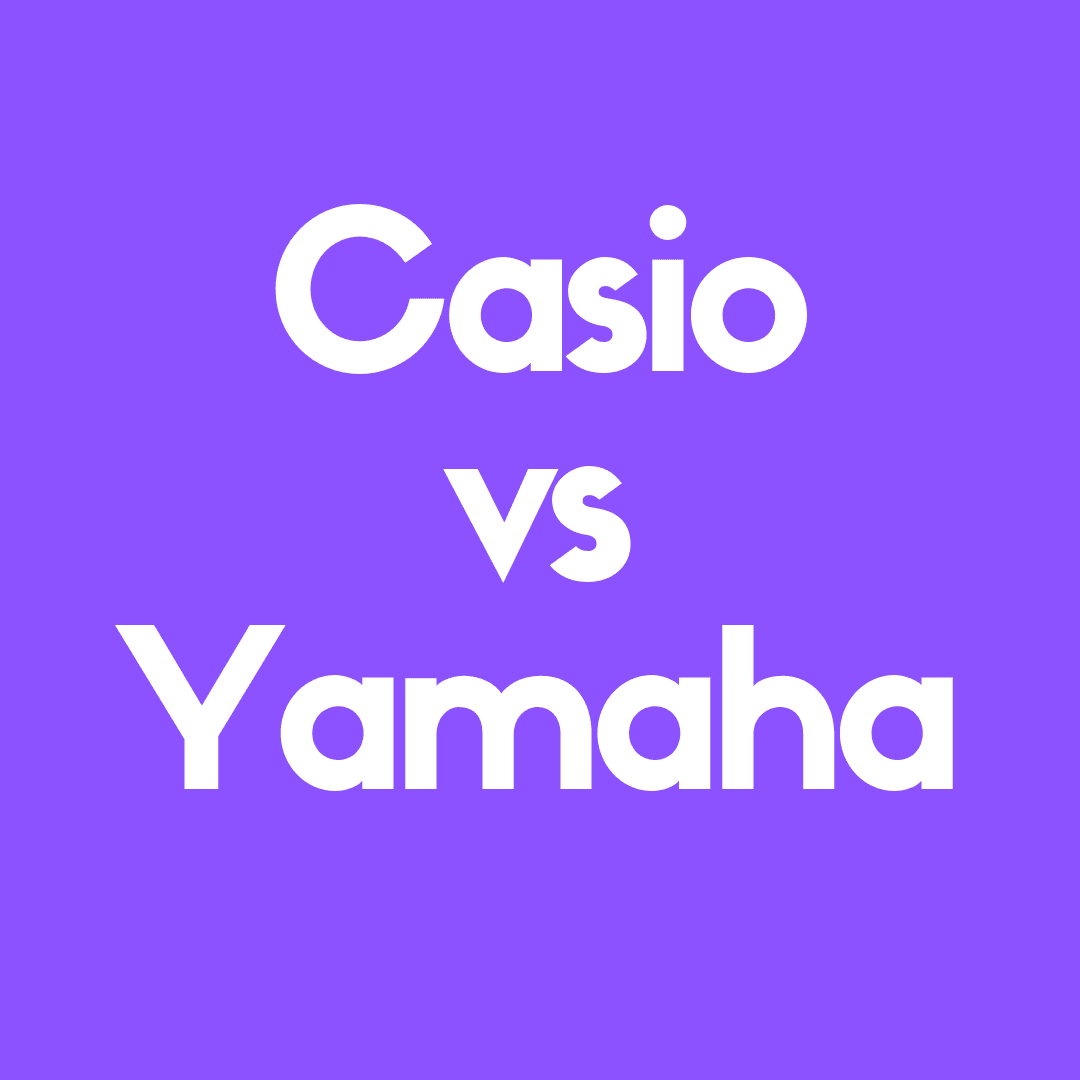