The piano can be an incredibly difficult instrument to master, even under the best of circumstances. This makes it even more impressive when one overcomes significant challenges in their life to learn the instrument. Blindness can be a huge challenge to overcome when learning to play the piano, but these ten blind piano players are each an inspiration for how they overcome this obstacle to pursue their musical passions.

Blind Piano Players You Will Love

Our first pianist is arguably one of the most famous on this list. Born Stevland Hardaway Morris in Saginaw, Michigan in 1950, Stevie Wonder was born with retinopathy of prematurity. This eye disorder was made worse when he received too much oxygen in an incubator, causing him to become blind.

Moving to Detroit at the age of four, Stevie’s musical talents first made themselves known when he sang in his church’s choir. By the age of ten, he had taught himself how to play the piano, drums, and harmonica.

Discovered and recording his first album at age 11, Stevie would go on to dominate both the pop and R&B charts for years to come. In an effort to improve his overall musicianship, Stevie took classical piano lessons. He negotiated a new contract with Motown in 1971, which gave him greater artistic control over his records, and also significantly increased his royalty rate.

Stevie’s music blends elements of soul, blues, R&B, jazz, and funk. Many of his songs shine a light on the racism experienced by African Americans in our society. Living for the City, released in 1973, tells the story of a young black man who moves from Mississippi to New York City, and is framed for a crime and sent to prison once he arrives. The song uses spoken dialogue and background street noises to ground the recording in a gritty sense of realism. To this day, Stevie continues to bring awareness to these issues.

Italian tenor and pianist Andrea Bocelli was born in 1958, and was diagnosed with congenital glaucoma at the age of five months. At age twelve, a soccer accident rendered him completely blind. Bocelli took piano lessons starting at age six years old, and played in piano bars at night to help put himself through law school. He practiced law for a year, and then went on to study voice with Franco Corelli.

Luciano Pavarotti discovered Bocelli in 1992, and helped him to secure a recording contract. Bocelli is known for blending classical, operatic style with pop music sensibilities. He has recorded opera arias, and has also collaborated with the likes of Celine Dion, Jennifer Lopez, and Josh Groban.

His sensitive, emotional piano playing is an incredible accompaniment to his strong, agile tenor voice. This blend of singing and piano-playing is evidenced in his recording of Con te partiro.

One of the more eccentric musicians on this list, Moondog was born Louis Thomas Hardin in 1916 in Marysville, Kansas, and passed away in Munster, Germany in 1999. At age 16, he became blind when a dynamite stick he found on a railroad track exploded. Moondog chose to live on the streets of New York City as well as in a small cabin in upstate New York.

He dressed like Thor as a nod to his Nordic heritage. Although never reaching, nor seeking, mainstream popularity, Moondog was known and respected by musicians and composers in classical and jazz circles, including the likes of Philip Glass and Steve Reich.

After becoming blind, Moondog taught himself to play piano by ear. He also learned about music from books written in braille. He would notate many of his compositions in Braille notation. He believed in fully notating his compositions, and did not believe in incorporating improvisation into his composition. His music used elements of minimalism, ambient noises, and classical composition techniques, such as canons.

Born in 1943, Ken Medema has made his name primarily by writing Christian music. He was born almost entirely blind, and can only tell light from shadow and see the outlines of major objects. Medema began playing piano at age five, learning to play through Braille music, playing by ear, and improvisation.

He worked as a music therapist, and began writing songs as a way to help his patients. Many of his songs begin as improvisations, and they often touch on themes such as justice, poverty, and homelessness. In the video below, he shows off his improvisatory skills, building a song based on notes and words given to him by the audience. His improvisation makes use of contrapuntal textures, such as those used by great eighteenth-century masters like Johann Sebastian Bach, which he references in the lyrics.

Art Tatum, born in 1909 in Toledo, Ohio and passing away in 1956 in Los Angeles, is widely considered to be one of the greatest jazz pianists of all time. Tatum was born with cataracts, which left him blind in his right eye and with limited vision in his left eye. At age thirteen he began to play violin, but soon began to concentrate on learning the piano.

He is known for his technically virtuosic playing style, and his propensity for re-harmonizing pop songs paved the way for this to become a tradition for future jazz musicians. For most of his career, he primarily played in a trio with guitarist Tiny Grimes and bassist Slam Stewart.

Known as “Deedles,” Diane Schuur was born in Auburn, Washington in 1954. Born blind, Schuur had a naturally–gifted voice, and was teaching herself to play the piano by age 10, and using these skills to perform in local clubs. She performed regularly on The Tonight Show, and was a favorite performer in the Reagan White House.

Schuur has one two Grammy awards, and has performed with the likes of Barry Mailow. In the video below, she performs one of her original songs at the White House in 1982, displaying her vocal prowess and musical instincts on the piano.

Ronnie Milsap was born in 1943 in Robbinsville, North Carolina. He is a rarity on this list of musicians for being the only country pianist represented. Milsap was born with a congenital condition that left him nearly blind. Abandoned by his mother as an infant, he was raised by his grandparents until the age of five, when he was sent off to boarding school.

At school, he showed musical aptitude in the piano, among other instruments. At the age of 14, one of the school’s housemothers slapped him in the face, causing him to lose what little vision he had in his left eye. Influenced heavily by the rock and roll music of the 1950s,

Milsap took his own playing in more of a country direction after meeting Charley Pride. The rock and roll influences can be heard in Milsap performing Smokey Mountain Rain on Sirius XM Artist Confidential.

Nobuyuki Tsujii was born in Tokyo, Japan in 1988. He was born with a condition called microphthalmia, which rendered him blind. Tsujii showed musical prowess as early as two years old, and began taking piano lessons at the age of four.

He has won many classical piano competitions, and has released several albums, including recordings of his own compositions. He is among the most famous blind pianists working today, and can be seen in this video performing Rachmaninoff’s Piano Concerto No. 2 in C Minor with the BBC Philharmonic.

Sir George Shearing was born in London, England in 1919 and passed away in New York City in 2011. Born blind, he began learning to play the piano at age three. He cut his teeth playing in British pubs in an all-blind band, and rose to fame in 1937 by appearing on a BBC Radio broadcast.

He eventually moved to the United States, and was influenced by swing, bop, and classical music. Do yourself a favor and make sure you seek out Shearing performing Misty, which demonstrates why he is among the most celebrated jazz pianists of all time.

Perhaps the most famous musician on this list besides Stevie Wonder, it seemed only appropriate to end with the incredible Ray Charles. Born Ray Charles Robinson in Albany, Georgia in 1930, Charles passed away in Beverly Hills, California in 2004.

Charles lost his eyesight at age 7, the reason for which is uncertain. It is thought that he lost his eyesight due to glaucoma. His music combines the influences of blues, gospel, soul, and country and western.

Charles is considered to be one of the greatest and most influential artists of all time, and achieved a great deal of crossover success throughout his career. Ray’s performance of Georgia on My Mind showcases his unmatched musical instincts at the piano, paired with his incredible singing voice.

The musicians we have just learned about are incredibly inspiring. The obstacles they have overcome to be such incredible artists is a truly amazing feat. Whether performing jazz, country, classical, or any other genre, these blind piano players were determined to make an impact on the world through their artistry and musicianship. 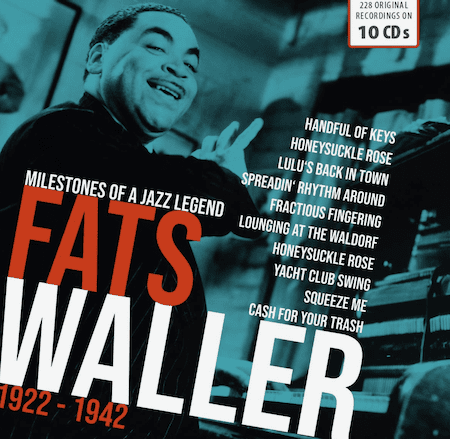 Jazz is such a popular genre of music and specifically piano. There are so many amazing artists in the industry… 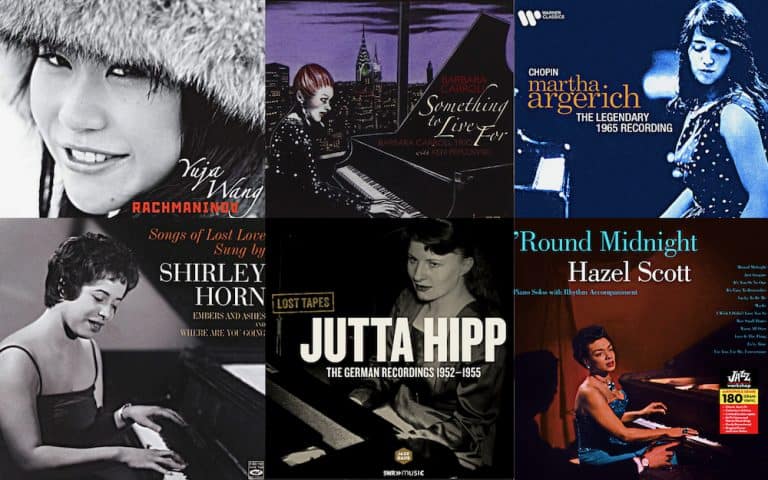 Society has made some amazing social progress over the last few decades, however, gender equality still has far to go…. 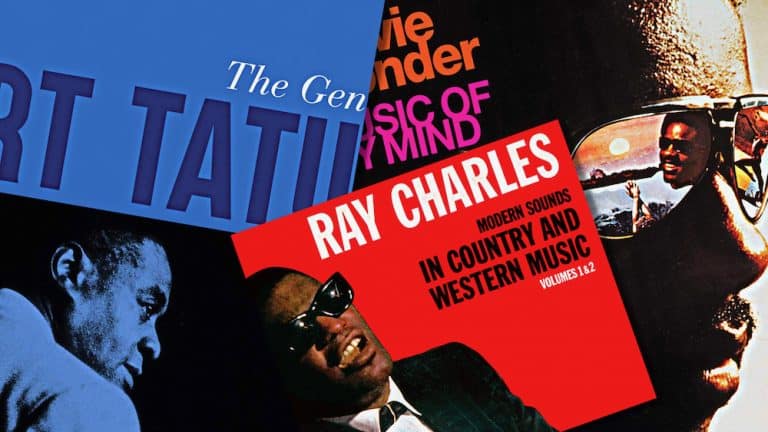 Many musical artists overcome adversity to become successful musicians. Few musicians have had to overcome struggles as great as blindness… 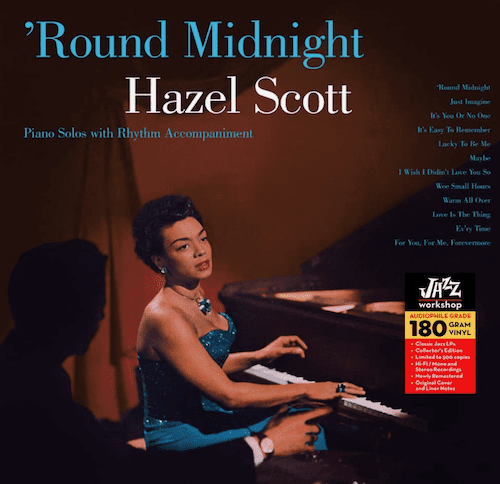