For any classical pianist, playing a sonata is like playing a love story for the piano. These grand pieces of music not only represent a large part of the history of the instrument itself, but the composers who wrote them represent some of the very best.

So in this article, I’m going to present you with my list of what I believe are some of the very best piano sonatas ever made.

10 Best Piano Sonatas Ever Made

When someone mentions the word “sonata,” this piece of music is usually the first thing people think of, whether they’re experienced musicians or not. And it’s for good reason. This masterpiece tops the list of the best sonatas because it is so recognizable, has a first movement that is fairly simple for beginners to learn, and concludes with one of the most stunning and powerful ending movements ever written.

Beethoven wrote 32 sonatas and has long been considered one of the masters of the art. It would be completely possible to fill this list with compositions solely from the composer.  And ask anyone who has attempted to play any piece of music by Beethoven, even when it seems to start simply and unassuming. By the end of most of his compositions, well, he was practically showing off. The amazing speed, precision, and tricky finger work needed to perform his pieces…well, one might argue his talent and skill remain unrivaled to this day.

This is one of Scarlatti’s most recognized sonatas, which is saying something because the composer is known as one of the founding fathers of the sonata, with over 500 compositions penned during his life.

Scarlatti was prominent during the early Baroque period, when the sonata form was just organizing itself into what it would become in later centuries. His sonatas were primarily written in binary form, meaning there is a defined A and B section, where the material in each section is different but related.

This sonata is written in the key of E major, which lends to its playful, upbeat character. Scarlatti uses repeating patterns of dotted sixteenth notes followed by a 32nd note and eighth note throughout the piece. The sixteenth notes that dominate the piece also give it lightness and speed.

This composition was penned by Rachmaninoff in 1913 and has three movements. It begins with a recognizable descending arpeggio that ends with a very low B flat minor chord. This piece is dominated by tonal instability, which contrasts with much of the music from the time it was written. The key centers constantly change, making it sound disorderly, and much like the ringing of bells.

The second movement becomes much lighter, revisiting the theme of the first movement with descending arpeggios in the upper register. The theme seems to almost float on a breeze before it returns to the powerful lower arpeggios in the third movement. This piece takes skill to play because of the variations in both key and dynamics, at times requiring the pianist to play gently and at other times to really let the power flow.

Chopin Piano Sonata No. 2 in B Flat Minor

Many people might not recognize this sonata at first, but when the March Funebre movement (or the Funeral March) begins, almost everyone knows it in some form. It’s a popular piece of music that has been borrowed repeatedly in cartoons, movies, and more. There is no mistaking the deep, solemn sounds of this movement, and one can imagine the slow, somber walk to a funeral. Chopin himself had this sonata played at his own funeral.

The sonata itself has four movements, with the other three offering a stark contrast to the seriousness and simplicity of the Funeral March section, which was written years before it was placed in the middle of this composition.

There was some pushback from Chopin’s contemporaries when this sonata was released, with some saying that Chopin just didn’t understand true sonata form. That doesn’t take away from the fact that this composition is one of the most beloved pieces of music ever written.

Haydn Piano Sonata No. 47 in B Minor

If you’re a beginner looking to tackle a sonata for the first time, this composition by Franz Joseph Haydn is a great choice. It only takes twelve minutes to play, compared to the over twenty minutes some of the other popular sonatas require. It features a repeating three-note theme, has three sections, and has a light, playful character that dominated much of Haydn’s work.

Many of Haydn’s works are relatively short, especially the early ones which were written mostly for his students—some of which were wealthy aristocratic patrons and the sons of royalty. He wrote over 60 sonatas, so choosing one to play is tricky. He wrote music in almost every style, including many compositions for the string quartet, and was known as the “father of the symphony.” But his sonatas became one of the backbones of the creation of the sonata form.

Mozart gave this sonata a name that translates to easy or simple. It was described by Mozart himself as “for beginners.” It is short, at only eleven minutes, and didn’t appear in print until after Mozart’s death.

For many pianists, however, this piece is not considered one of the easiest to play. Mozart begins the first movement in the key of C major, which transitions into G major, and then begins the recapitulation section in the subdominant key of F major instead of returning to the original C major key.

This was a rare practice during Mozart’s time, but Mozart’s experimentation with the generally accepted Sonata form is perhaps what makes his work interesting. The music takes us where we often don’t expect it to, and all we can do is hang on for the ride.

Prokofiev composed three sonatas known as the “War Sonatas,” and this is the second of the three. It was composed during the second world war, and so is one of the most recent compositions on this list. Prokofiev was a well-known and beloved composer in Russia at this time and was invited to compose a piece especially for Joseph Stalin’s 60th birthday.

The war sonatas are believed to reveal Prokofiev’s true feelings about Stalin and his regime, composed as a way to tell the truth about the situation rather than the requested joyous and uplifting pieces that the government requested of him. The irony here is that this composition received an award named after Stalin himself.

This sonata starts with a suspenseful feel and utilizes a harsh theme with loud, dissonant chords. It then gives way to a slightly calmer, reflective second movement. But it is the finale that truly makes this piece memorable, played with a ferocity that resembles the tumultuous energy of war.

Written in 1907, Scriabin’s 5th sonata was considered by the composer himself to be one of his masterpieces. Scriabin is well known for writing pieces that are both technically and musically difficult to play, and this piece exemplifies both of those qualities. This was Scriabin’s first sonata ever written with one single movement, and the composer used this format in all his works going forward.

Scriabin is known for writing shorter pieces, but there’s no denying that he squeezed in as much technicality and difficulty as was possible. His Sonata No. 5 is a furious exposition on shifting tonality. Scriabin described this work as a “grand poem for piano,” and much of his work explores the themes of ecstasy and exhilaration.

This composition from Franz Liszt came near the twilight of his life and was dedicated to Robert Schumann in exchange for Schumann’s Fantasie in C Major, Op. 17, which had been dedicated to Liszt. This piece was composed in 1853 when Liszt has begun composing more often than performing.

At first, the composition received a mostly negative reception from Liszt’s contemporaries, including Schumann’s wife Clara, who was a pianist and composer herself.

This sonata garnered such negative attention at first because it strayed from the typical sonata form of having distinct and separate movements. Liszt’s sonata takes thirty minutes to play from start to finish, and the music never stops. The movements roll into one another, so much so that there is still debate to this day about how many movements the piece has.

This was Shubert’s final sonata and was written later in his life. It is probably the most well-known and loved of his compositions. The minor key that contains the opening themes gives this piece the kind of melancholy joy that a farewell can summon.

The second movement evokes a reverence that comes from spirituality followed by a light and sweet Scherzo section that revels in the joy of the melody. The finale winds up in the key of G major, giving the whole piece a direct path from sadness to reverence, to the joy that comes from new beginnings.

By no means is this an exclusive list, and compiling it was beyond difficult. There are so many beloved pieces that carry the title sonata, and even more that could pass for one despite its lack of the moniker. Music is a very personal thing, and many will have their own list of favorites.

For me, however, this list represents some of the most famous and best piano sonatas that history has ever seen. 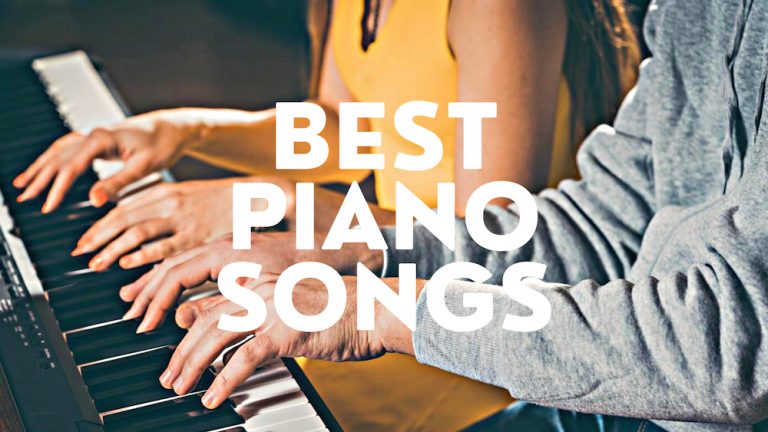 It’s no secret that there’s an incredible amount of piano music in existence. Although the piano isn’t the oldest instrument… 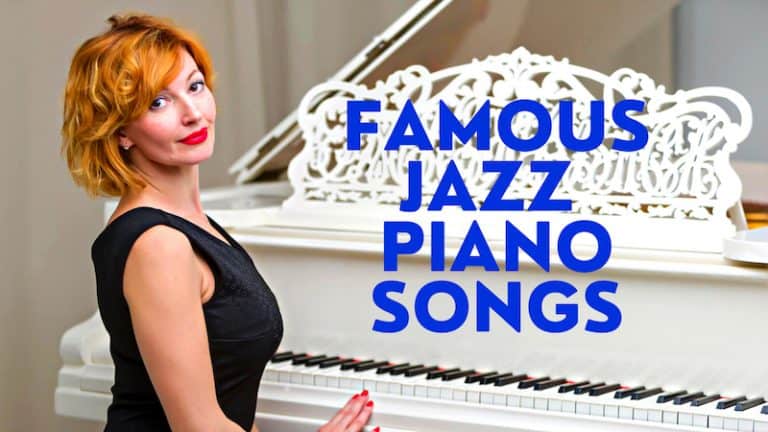 If you are a pianist looking to branch out into the wide world of jazz piano, you might be wondering… 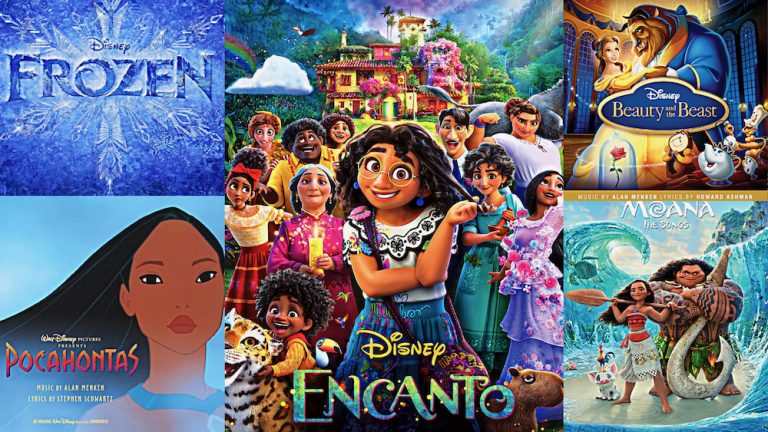 Starting any new long-term task can be intimidating, and learning an instrument is no exception. It’s a whole new world…