We recently had an opportunity to get some hands-on experience with the Arturia Keylab 49, and in this article, we’re going to review this synth in-depth.  And in an effort to better help you make an informed decision, we’ll also take some time to compare the Keylab against other notable synths made by Novation and Akai.

And in an effort to better help you, we’ve created an interactive table below that allows you to directly compare the Arturia KeyLab 49 to instruments like the Novation Impulse 49 and the Akai MPK249, among others.

Arturia has traditionally been known for their faithful software recreations of analog synth modules from yesteryear. The Arturia V collection contains some of the best software synth recreations of classic Moogs, the Jupiter-8, and many other timelines analog synths, and for a long while, it’s what Arturia did.

Then came the MicroBrute and MiniBrute. These hardware synthesizers changed many enthusiasts perception of the company, as well as seemingly shifting their internal focus in the process. Some were worried that this could spell the end of the soft synth powerhouse they’d come to love, but these fears were quieted with the release of the Minilab and larger KeyLab.

Built specifically with Analog Labs and the Arturia V collection in mind, the KeyLab 49 is Arturia’s move to bundle hardware and software together, a move that many other companies have made in recent years, such as Native Instruments with their Komplete series. The software portion, Analog Lab 2, contains 5000 sounds taken from its various emulations.

We’ll go into detail on these sounds momentarily, but for now, please take a moment to view some of the best-selling synthesizers currency on sale online, and see how well they stack up against the KeyLab 49 by Arturia:

The KeyLab 49 features a striking look, harkening back to many of the analog synth machines its sounds are based on. Right from the beginning, you can tell that build quality was a huge focus for Arturia with this controller.

This is a welcome departure from many of Arturia’s competitors, who tend to make cheap, fragile MIDI controllers in order to drive the price down to the floor. The body itself is fairly heavy, another sign of the quality materials used throughout it’s construction. The wood borders on either end of the keybed are real, genuine wood, and the main chassis is completely made of metal, which are two things the majority of MIDI controllers can’t compete with.

If first impressions are important to you, the Keylab will never let you down. All of the numerous buttons, sliders, and knobs feel professional, sturdy, and smooth on the operation, and we felt that everything was laid out in a very organized, very playable manner.

The keybed itself is excellent, with its velocity sensitive keys having a near perfect amount of resistance to their weighted action. The keys also support aftertouch, and just feel plain great to the touch.

There’s a 32-digit LCD screen onboard, and it is clear, bright, and easy to read, even from an angle. Finally, there are 16 trigger pads on the right side of the keyboard that are large and easy to play. They are also backlit; all of the buttons on the surface are, actually, which is a small but nice addition.

The KeyLab 49 is able to be hooked up to just about any DAW without much fuss at all; for this review, it was tested on Logic Pro X, and and setup was a breeze. The controller was instantly recognized, and from there, it was only a matter of loading up some sounds and getting to it.

Setting up all of the various functionalities, like the mod wheel, the 9 faders, and the 10 switches, was also a breeze, though that might be partially due to Logics excellent Smart Learn functionality.

If you’re looking to set something a bit more custom up, Arturia’s MIDI Control Center makes it quite easy to go in and set custom options for the various faders and switches, and we found that it works especially well with Analog Lab.

The bundled sounds that come with the KeyLab are arguably the main event here, despite the controllers excellent build quality and playability. It’s all the better, then, that Analog Lab 2 is easily one of the best collections of classic synthesizer emulations we’ve ever come across.

The tones and depth on display in the 5000 included presets sound very close to the real thing, and outside of the insanely CPU-intensive but incredible u-He Diva synth, it might just be the most versatile collection of analog synth sounds available today.

All of these sound sets are broken down by instrument, sound, designer, and genre, which is very handy, considering that working your way through 5000 sounds with no direction to go off of would be a pretty painstakingly tedious task.

In addition to this functionality, the program can be set to multi-mode, allowing you to layer together multiple different sounds to add depth and color to your instrumentation. You can also run Analog Lab as a standalone program, if you’d prefer to do things that way. This would be especially handy for live scenarios, and coupled with the multi-mode, you can have a powerful synth stack with this program alone.

Inside Analog Lab, each preset has a set number of parameters that are available to change and alter the sound, with deeper alterations available by purchasing the specific synthesizer emulations for the preset via Arturia.

These are definitely powerful, but if you’re not looking to go too far into the sound design department, you’ll likely be just fine with the options included within the base program. All of this to say: the presets themselves sound phenomenal.

Arturia has enjoyed high praise on their emulations for years now, lovingly recreating legendary products like the Roland Jupiter 8, Oberheim SEM, and the ever-popular MiniMoog. Many of the presets available from the outset are incredible, and don’t need any sort of modifying to be used.

Still, if you do end up ponying up the cash for the dedicated emulations, there are some rewarding depths that can be reached by spending some time toying around with the sonic qualities of many of the synths.

Out of all of the features in Analog Lab, probably the least impressive is the lackluster suite of effects included. The standard offering of reverb, chorus, flanger, delays, and other effects round out a list that provides decent variety, but little depth overall. This obviously isn’t a big deal for those who plan to use the program through a DAW, as chances are, you’ll have your own preference of standalone effects to utilize instead.

There are tons of affordable MIDI controllers with software bundles on the market today. Plenty of them can be found for cheaper than the KeyLab, which costs roughly $349. You’ll also need to take into account the style of music you wish to make, as the KeyLab has several features that lean towards genre’s such as Synthwave and other retro-inspired musical explorations.

There’s also the matter of the weighted keys, which are fantastic, but might not be for everyone under the sun.

Let’s take a look at four keyboards that might be able to give the Arturia KeyLab 49 a run for its money.

Akai MIDI controllers are some of the most popular in use today, especially for EDM and pop production. Admittedly, that’s a pretty big departure from the KeyLab’s more retro-inspired feature set and look, so these two are really built for two different audiences.

The Akai is priced a bit higher as well, at $375. For the additional cost, you’ll get semi-weighted keys, although its worth noting that the Arturia KeyLab features a weighted keybed. This is a huge deal to pianists and others who are used to the weighted traditional style keys, so if that’s your flair, you’ll be better off sticking with the KeyLab.

If you’re big into EDM and pop, the Akai comes bundled with software more geared towards that realm, so that might end up swaying you in the end.

The Akai MPK249 is a step up from the MPK49, in that it includes 16 trigger pads, up from 12. These pads are also illuminated, making them look much nicer (if you care about that sort of thing).

Many have noted that the pads on both the MPK 49 and the MPK249 are lackluster, whereas the KeyLab has been consistently praised in this regard. So, if you’re looking for something to do a lot of beat crafting on, Arturia might be the better pick overall.

The Novation Impulse is an older product, first debuting back in 2011. The keyboard controller features a solidly built keybed that some users have noted feels better overall than the KeyLab, which has a bit of horizontal wiggle.

As far as features go, this one’s a bit of a mixed bag. The Impulse 49 has 8 velocity-sensitive pads, 8 assignable knobs, and 9 faders. The KeyLab, meanwhile, has 16 velocity sensitive pads, 10 knobs and 9 faders. Not a huge difference, but the double quantity pads are sure to tip some users over towards Arturia’s lane.

The Launchkey 49 is one of the more affordable 49-key MIDI controllers out there right now, which might certainly entice many beginners just getting into music production. The keyboard features synth-action keys, as opposed to the weighted ones on the KeyLab and other weighted key digital pianos.

If you plan on playing pianistically, that’s a check in the box for Arturia, but again, if pop, rock, or EDM is your preference, the synth action might work to your benefit. At $169, the Launchkey really is a great value.

Arturia has built a functional, adaptable controller with the KeyLab series. The keyboard is highly playable with its weighted keys, and those looking for retro-inspired sounds will find themselves thoroughly in love with the Analog Lab software. It’s clear that EDM and other modern-genre producers will probably not find a lot to love here overall, at least compared to the other options that cater more to them.

Still, the KeyLab’s fantastic look and feel, coupled with the unique software capabilities, makes it a valuable asset to any home studio, even for the price. The pads feel great to the touch, the additional assignable knobs and faders feel great, and overall, we’re huge fans of Arturia’s design philosophy.

The Arturia Keylab is a fantastic keyboard that appeals to a limited audience. Ultimately, if style is your thing, this keyboard has very little competition ahead of it. The wood finish, metal construction, and illuminated buttons all come together to create an appealing package for synth players.

That being said, if you don’t find a lot of value having thousands of retro sounds in your arsenal, you won’t find as much value here as you would elsewhere. 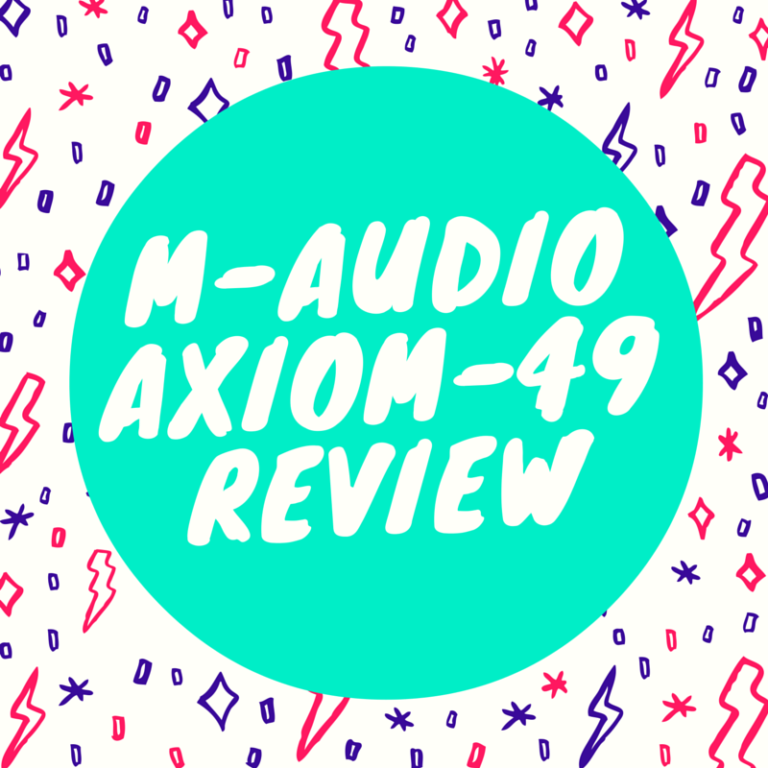 I’ve always been a big fan of music ever since the tender age of just five years old. I was… 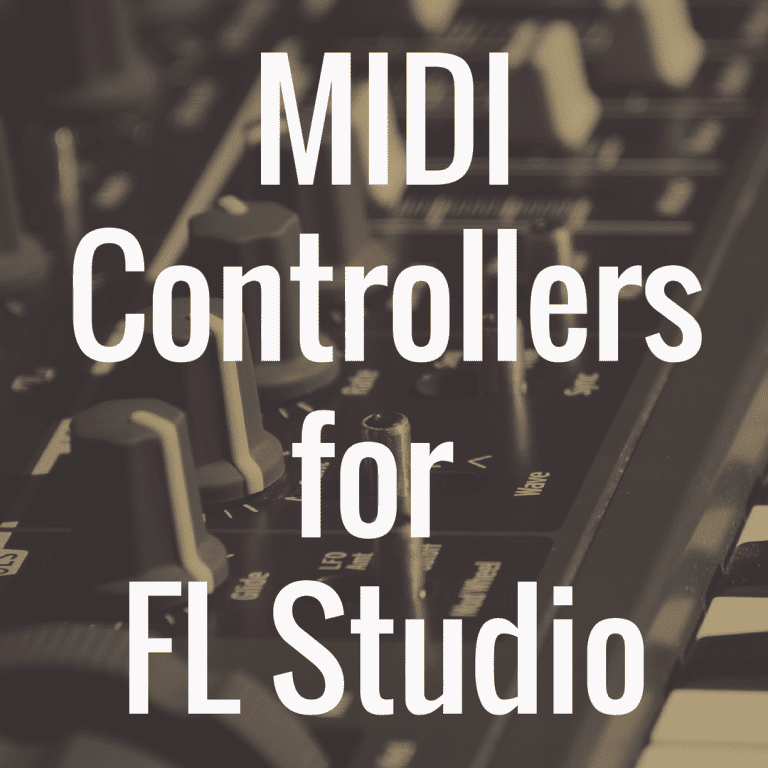 FL Studio (previously known as FruityLoops) is trusted by professionals and amateur recording artists alike.  The versatility, ability to control…